If you're playing only to win, go with my top pick Monomoy Girl (8/5)

Check out our predictions and odds for the 2020 Breeders’ Cup Distaff at Keeneland!

A true showdown is set for the World Championships Saturday at Keeneland. The $2 million Breeders’ Cup Distaff will showcase the best two female horses in America, as Monomoy Girl and Swiss Skydiver face off for the first time.

Fresh off a battling victory over the Kentucky Derby winner Authentic in the Preakness, Swiss Skydiver looks ready to take on older horses for the first time, but standing in her way of another huge victory will be the 5-year-old champion mare, Monomoy Girl.

The winner of this Grade 1, 9-furlong test two years ago at Churchill Downs, the Brad Cox-trained Monomoy Girl has only seen one horse ever finish ahead of her so far in a sterling 14-race career. Unbeaten in three starts this year, she has returned to the races in style after missing all of 2019 due to injury.

Swiss Skydiver certainly represents her toughest competition of the year, though. Battle-tested, the 3-year-old daughter of Daredevil has competed at nine different race tracks this year and has won five graded stakes races, none bigger than her last one when she became only the second filly in modern racing to win the Preakness.

Looking to upset the top two will be eight other fillies and mares all in search of what would be their biggest career victory in the 37th running of the Breeders’ Cup Distaff.

How to Watch the Breeders’ Cup Distaff

When she finished second in the Grade 2 Golden Rod in her second career start way back in November of 2017, who would have ever guessed that three years later she still would not have let another horse beat her to the wire? Like a fine wine, or perhaps a machine, this daughter of Tapizar simply proves the best time after time. There were plenty of doubts after an 18-month layoff, but she truly has not lost a step from her championship form of 2018. In fact, she looks bigger and stronger than ever. She’ll break from an outside post on Saturday, but that should be a fine spot for her to ease into her consistent tracking spot, before making her surge coming into the stretch. Swiss Skydiver will undoubtedly test her, but once again, I expect her to come out on top.

What a season this Kenny McPeek-trained filly has put together. She’s run nine times all over the country and has only gotten better through the work. Probably unlucky not to have won the Kentucky Oaks two starts back, she sandwiched that disappointment with monster performances in winning Alabama (G1) at Saratoga, and her historic victory in the Preakness. Many fillies would wilt from everything she has been asked to do, but not Swiss Skydiver. Given strong consideration for the Classic, her connections decided on this one. I like her older rival just a bit more in this one, but she, of course, is the biggest threat to the Monomoy Girl.

She’s had her ups and downs in her career, but this New Jersey-bred filly comes into the Breeders’ Cup better than ever. The multiple stakes winner chased a fast pace last time in the Beldame (G2) and still had plenty in the tank to surge to a decisive victory over a solid field at Belmont Park. It was probably her best race yet, and it came right on the heels of a well-beaten third-place finish behind Monomoy Girl in the La Troienne. Can she do a little better this time around? Yes, I think the Beldame points out her improvement, but it still probably won’t be enough to make a big run for the victory.

Talk about a horse knocking on the door. This one has not found the winner’s circle since becoming a Grade 1 winner last July, but she has run plenty of good races during her losing streak. In fact, in each of her last four races, all in Grade 1 company, she was right there to the finish. Now facing her toughest test yet, she is likely going to find another defeat on Saturday. Having said that, she might be the most likely horse in the race, after the top two, to run a good race and hit the board.

Disappointed last time when she came up relatively empty as the even-money favorite in the Beldame. Before that defeat, she looked like the top older mare in the nation behind Monomoy Girl, although in her two wins this year, she had beaten much. Last year she finished fifth in the Distaff, and unless she turns it around from her mediocre performance in the Beldame, she will do no better this time. Perhaps she can, but I’m not excited about her chances on Saturday.

It looks like she has found a new home on the dirt. She pulled off a bit of a surprise when she recorded a three-quarter length victory in the Grade 1 Spinster at Keeneland last time. It was her second straight win on dirt after competing primarily on grass over the last two seasons. The Spinster win makes her a threat in here, but I’m not sure that even a repeat of that performance is going to be enough to beat the likes of Monomoy Girl or Swiss Skydiver.

Certainly, an up and comer, this daughter of Uncle Mo has made all five of her career starts in the previous four months. After finishing third in her career debut, which was on turf, she has been perfect in four starts, all coming on dirt. Tested for a class in her latest, when she tried older for the first time, she responded with a solid victory. Now she leaves Southern California for the first time to face the best in the land at Keeneland. It will likely prove a bit too much for her, but she certainly appears to be a filly with a bright future.

The winner of the Grade 1 Apple Blossom back in April at Oaklawn Park has been a bit of a disappointment since. She’s taken a lot of money in her last three starts and could do better than third in any of them, while never really threatening the respective winners. A return to her early season form would put her in with a fighting chance, but it’s hard to recommend this filly, who has a similar running style to the top one, after failing in her last three.

A romping winner of the Groupie Doll Stakes at Ellis Park three starts back, she followed that up with a very good second behind Monomoy Girl at Churchill Downs. Last time she backed out of the Spinster at Keeneland, and things will only get tougher on Saturday. She should be on the lead early, but I really can’t see her surviving the pressure she will find in this one.

As the longest shots on the board go, this is a good one. While it’s true that she has not won a race since the Black-Eyed Susan (G2) back in May of 2019, she continues to rally and finish in the money against very good competition. In fact, she has never missed cashing a check. Most recently, she came from off the pace to take second behind Horologist in the Beldame (G2) at Belmont Park. Granted this is a tough spot, but she looks like a good candidate to hit the board at attractive odds. 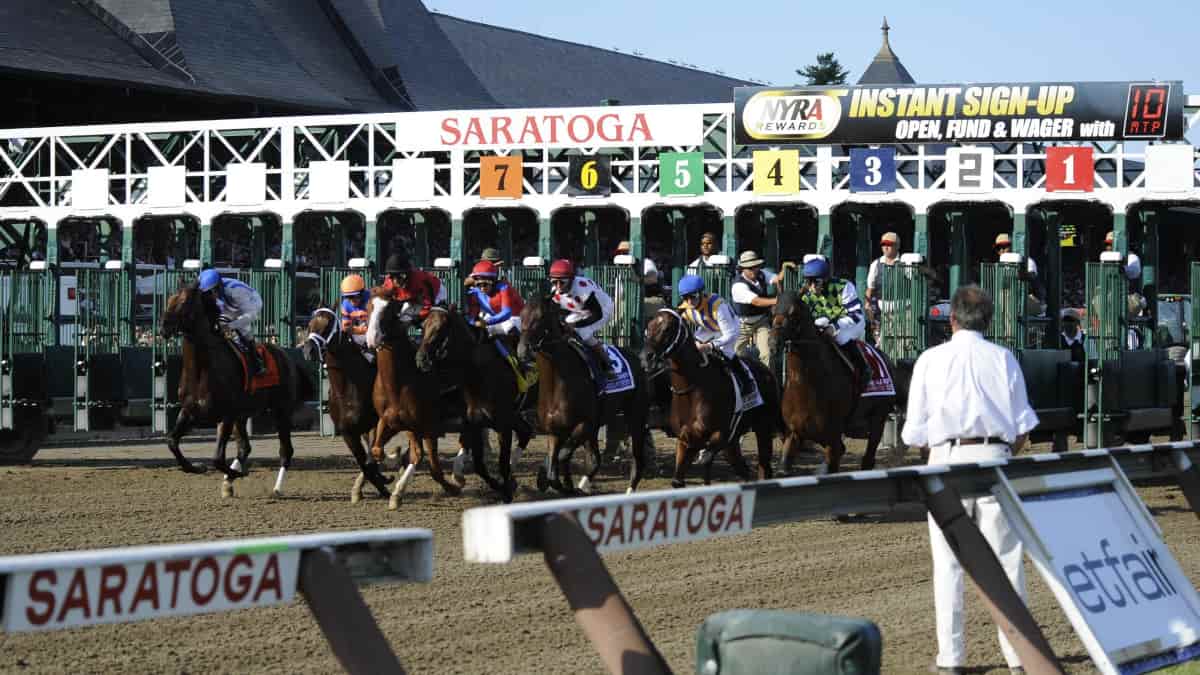