Check out our predictions and odds for the 2020 Fort Lauderdale at Gulfstream Park!

Best Bets for the Fort Lauderdale

Factor This and Halladay, the two horses who ran one-two through the early stages of last month’s Breeders’ Cup Mile, will renew acquaintances when they headline a wide-open group of ten set for Saturday’s Grade 2 Fort Lauderdale over the Gulfstream Park turf course.

In the local prep for next month’s $1 million Pegasus World Cup Turf (G1), Factor This could rule a slight favorite on the strength of five stakes victories in 2020. Although he could never get by Halladay in the Breeders’ Cup Mile as they both faded out of contention down the stretch, the Brad Cox runner has scored two graded stakes wins at the 9 furlong Fort Lauderdale distance and also ran a strong second at the distance in the Grade 1 Turf Classic at Churchill Downs.

Halladay, meanwhile, has also enjoyed a banner season, winning three stakes in the past year, including the Grade 1 Fourstardave two starts back. The Todd Pletcher trained son of War Front is perfect over the Gulfstream Park grass course but will need to stretch his speed farther than ever before in Fort Lauderdale, though, never having raced beyond 1 1/16 miles in his career.

Chief among their rivals will be another horse who they are quite familiar with in Somelikeithotbrown. A winner against New York-breds most recently in Belmont Park’s Mohawk, the consistent Mike Maker trainee finished second behind Factor This before that in the Dinner Party Stakes but did defeat Halladay when he won Saratoga’s Grade 2, Bernard Baruch, this summer.

How to Watch the Fort Lauderdale

Having chased Halladay last time it will be interesting to see if the son The Factor attempts to put a little more pressure on his speedy rival this time around as they break from the two outside posts on Saturday. And he’s not the only one in the field capable of running with that one early. All in all, there is a lot to like about this multiple graded stakes winner, perhaps most importantly he is well proven at the 9-furlong distance. As one of the two favorites, he’s certainly capable of winning this, but given the likely pace scenario, I am willing to try to beat him at the odds.

Halladay might be the most likely to go after the early lead coming out of the Breeders’ Cup Mile where he led the way until the final furlong. He also clearly likes Gulfstream Park, with an undefeated record in three starts locally, including a victory in the 2019 Tropical Park Derby last December and the Sunshine Forever in May. Given his recent form and fondness for the course, there is no doubt that the 4-year-old is a major contender, but with plenty of speed in here he may have his work cut out for him as he tries to stretch his speed at a distance he’s never seen before.

Joining the two favorites as one of the most accomplished horses in this race, this son of Big Brown is a multiple stakes winner on both turf and synthetic surfaces. Like the two above him, though, he does his best running on or near the early lead, but unlike them, he will be breaking from the far inside. He has proven to be a very consistent runner throughout his career who seldom can be left off your tickets, but in a race set up to be quite contested early, this race may prove to be a tricky spot.

A true wildcard in the field, this import from Europe was a very solid horse in France before joining the powerhouse barn of Chad Brown. You may have expected his career to really take off on U.S. turf, but the son of Frankel has yet to find the winner’s circle in four starts here. His last, when beaten just a neck in the Artie Schiller at Aqueduct. The blinkers come off on Saturday in his first start in South Florida, which could help him settle early and make one run. He is a big danger, but in the end, I believe he might be best suited for a race run on soft or yielding turf.

Despite being the beaten favorite in each of his last two, there is plenty to like in this experienced Shug McGaughey charge. He’s proven at both Gulfstream Park and at the 9-furlong distance. He is also a confirmed late runner, and with all the pace in here, I like his chances to come running down the lane. While his last two are not his best, they aren’t so bad to be too concerned about. The losses will also serve in creating solid value on Saturday. Returning to a turf course he likes, he is a lukewarm top choice in a field with numerous potential winners.

The second from the barn of Todd Pletcher, he also likes to be close early. He has been heavily bet while finishing first or second in all eight of his career starts. Three times a winner at Gulfstream Park, this will be his first stakes attempt locally. In his first three stakes tries, which all came up north, he won two of three, but against certainly lesser than he will see on Saturday. Considering his record, he cannot be dismissed, but I need to see him beat top horses before I can jump on his bandwagon in a race like this.

Another who has accomplished some big things in his career, he will be making both his first start in nine months, as well as his initial run for new trainer Jack Sisterson. A winner of nearly a million dollars in his career, his biggest wins have come a little farther than the 9-furlong distance he will find on Saturday, but having said that you need only to look at this very race last year to see that he can be effective at the trip. A strong pace will help, but my fear with him is he will need a race under his belt before he is at his very best.

One of only two in the race who has yet to win a stakes race, he’ll actually be making his stakes debut in Fort Lauderdale. Perhaps that is reason enough to dismiss him against this tough bunch, but I do see a ton of upside in the well bred 5-year-old. Trained by the patient Barclay Tagg, this gelding has not been pushed and now finally looks to be putting it all together. He’s never run a poor race on the turf, but his last two, which were his only starts of the year so far, were a marked improvement. Given the pace, look for him to relax early and kick it in late. I think he might just be getting good enough to connect at a price in here.

A winner of half of his career starts, this is another longshot to consider. While he did upset the Grade 3 Mac Diarmida over this turf course at Gulfstream, the son of English Channel has yet to ever handle a field this stout before, though. Away since July 4, Saturday’s test may be more of a prep for longer distance races to come, but if the pace is hot, he is one that could come running in his return.

Tide of the Sea

Joining Somelikeithotbrown as the second horse from the strong turf barn of Mike Maker, this one looks to be developing into a solid turf horse. He’s coming off two straight wins in allowance company after running second in his first two starts of the year. This will not only face easily the toughest test of his career but coming out of a win at 12 furlongs, he will need to prove he can be every bit as effective running shorter. Like everyone in this deep field, he has a shot, but I like others better. 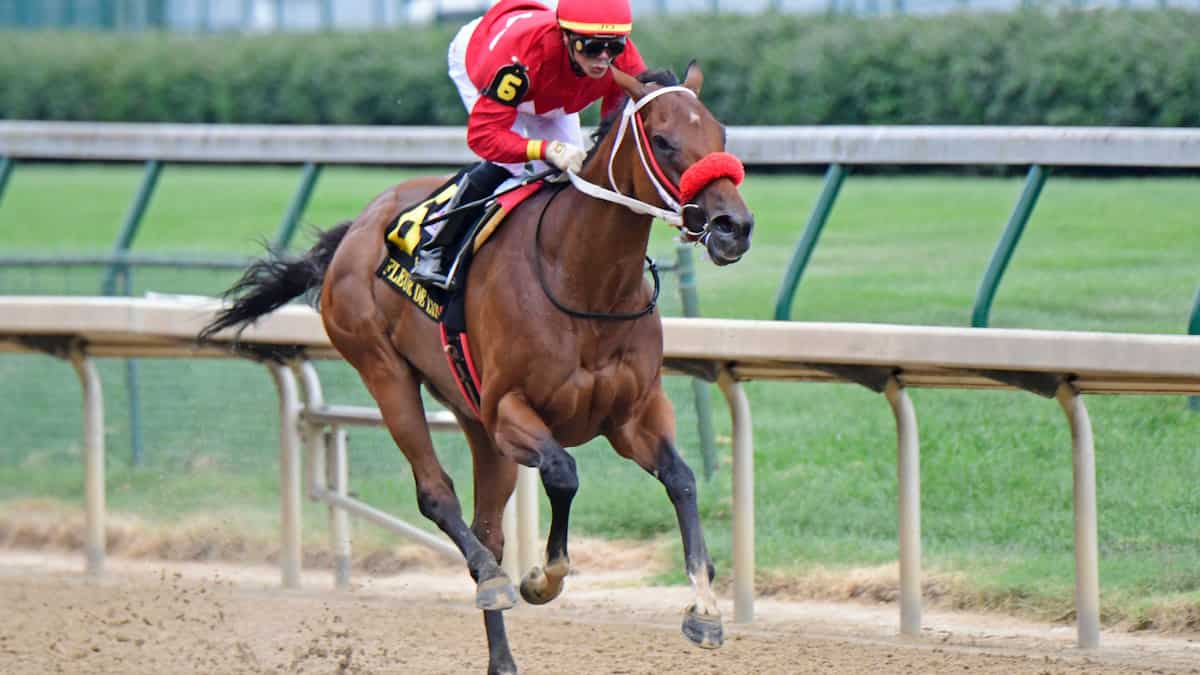