If you're playing only to win, go with my top pick Senor Buscador (5/1)

Check out our predictions and odds for the 2021 Risen Star Stakes at Fair Grounds!

Led by the respective winners of the Lecomte Stakes and the Springboard Mile, a field of twelve 3-year-olds with Kentucky Derby aspirations will face off in a wide-open edition of the Grade 2 Risen Star on Saturday at Fair Grounds.

After finishing in the money in two graded stakes races as a juvenile, Midnight Bourbon broke through last time when going wire to wire in January’s Grade 3 Lecomte Stakes. Trained by Steve Asmussen, the son of Tiznow will once again have Joe Talamo in the saddle as he looks to go two-for-two at Fair Grounds.

Senor Buscador, meanwhile, comes to New Orleans after two impressive victories to begin his career at Remington Park in Oklahoma. A son of Mineshaft, the late runner came from way back to win both his career debut, as well as the $200,000 Springboard Mile on December 18.

Chief among their rivals in the deep field will be the Juddmonte Farm homebred, Mandaloun. Trained by Brad Cox, he won both of his starts as a juvenile in Kentucky impressively, before finishing third, beaten only length as the favorite in the Lecomte.

Contested at 1 1/8-miles, Saturday’s Risen Star, will not only be a key prep for the rich Louisiana Derby on March 20 but will also offer Kentucky Derby qualifying points on a scale of 50-20-10-5.

How to Watch the Risen Star Stakes

Heavily favored in the Lecomte, the third-place finish was a bit of a disappointment, but his wide trip, while chasing a game Midnight Bourbon, was not a poor performance by any means. The son of Into Mischief has every right to improve after running two-turns for the first time last time. Impressive in two sprints last year in Kentucky, he’ll need to prove that 9 furlongs is in his wheelhouse, but any improvement from the local effort makes him one of the ones to beat in the Risen Star.

In a race where it looked like everyone was content to wait and see, this one took advantage and led them every step of the way in the Grade 3 Lecomte. It was a good win, taking advantage of his inside post and an astute ride by Talamo. This time, a sixteenth of a mile farther, things might not be so easy for the Asmussen runner. A good 2-year-old, he will need to prove it to me again as he now carries a target on his back after the local stakes win. He’s a threat to be sure, but one I think that can be beaten this time around.

Saturday will be the acid test for this Todd Fincher trained runner. In Oklahoma, he did nothing but impress, so now he gets his shot against better competition. He has come from way back in both starts, winning with a devastating late run to win in eye-catching style. In the Springboard Mile, he looked to be in deep trouble on the turn before uncorking a move that carried him very wide and right on past the entire field to ultimately win in a romp by nearly six lengths. It only gets tougher here, but those wins at Remington Park are impressive enough to believe he can compete with these. With speed to run at on Saturday, he is the pick to win again in his first try at 9 furlongs.

This son of Tapit chased in vain Midnight Bourbon all the way around last time but was game late to hold on for a solid second in the Lecomte. Bred to be both a good one and to like the added distance, he has been the most consistent 3-year-old on the grounds this winter at Fair Grounds for trainer Mike Stidham, as he beat maidens and then allowance competition in his two starts before the Lecomte. Things will only get tougher on Saturday, but I do like the fact that he has plenty of experience at the track, and now he adds Hall of Fame rider John Velazquez for the Risen Star. The versatile and improving runner should run another strong race.

A winner of his only start, this one changes hands after the dispersal sale of Paul Pompa. Previously trained by Chad Brown, he’ll now run for New Orleans native Tom Amoss in his first start since being purchased for a sizable sum last month. It’s hard to know just how that maiden win at Aqueduct will stack up as he moves right into a tough graded stakes race, but it was good enough to believe the son of Union Rags will be heard from in stakes races this year. Also coming out of a mile over the tiring Aqueduct surface should put a little foundation into him for this 9-furlong test.

This one will break from the rail for trainer Dallas Stewart after winning his first two career starts. A sharp winner of a maiden sprint at Churchill Downs in September, he came back to gamely get the win in a sloppy allowance race going 8 ½ furlongs at the same track. He loses Joe Talamo to Midnight Bourbon for his stakes debut, but could actually give that one trouble on the front end on Saturday. It looks like a tough spot, but I wouldn’t talk anyone off this undefeated Super Saver colt.

Like Carillo, this is another son of Union Rags who won in his only trip to the races. Also trained by Tom Amoss, his good looking victory came at Fair Grounds, but while only going 6 furlongs. It certainly looks like he has some talent, but the combination of jumping up 3 furlongs in the distance while facing serious competition might be a little too much to support in his second career start. He’ll be one I really lookout for a little bit down the road.

This son of Orb has only sprinted to date, but after falling way too far out of it in a sloppy debut at Churchill Downs, he came back with two sharp, rallying wins at Fair Grounds for trainer Greg Foley. He’ll now have to navigate the tough jump up in both distance and class in the Risen Star, but those wins over the track look good enough to at least consider him a threat in here.

Yet another coming in off a victory — in fact, he’s won his last two — this son of Awesome Again will have the disadvantage of breaking from the far outside post for his stakes debut. Claimed out of his second start, he came right back to easily wire a good allowance field at odds of 22-1 last time, and both wins came at Fair Grounds. Clearly, on the improvement, I would like him more in here as a longshot again if it wasn’t for the post position.

This son of Dialed In made steady improvement in three starts up in Kentucky and raced against some good horses early on. His first try in stakes company came in the Lecomte, where he finished fourth, but honestly never got close to the top three. Look for him to be dismissed at the windows this time around, but perhaps with a better trip, more pace to run at, and a little more distance, he can improve upon that effort. He deserves to be a longshot, but I think he could be one that rallies up for a placing on Saturday.

A good first-out winner in Kentucky, he made his local debut last time for trainer Norm Casse but could do no better than finish a non-threatening fourth behind Rightandjust. While the son of Tapizar is certainly eligible to improve off that second career start, in which he had some trouble at the start, it would be a stretch to pick him to do a whole lot against this bunch.

Despite having won two-of-three lifetime, this son of Tale of Ekati looks to be overmatched in the Risen Star. His two wins came against far cheaper at Delta Downs, while in his only race at Fair Grounds, and in stakes company, he was an also-ran. Look for a similar result on Saturday. 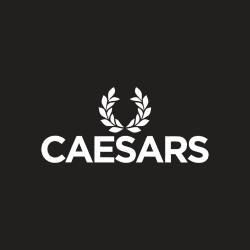