Don’t be fooled by their positions in the league table, this could and should be a very close one. Chivas are gaining momentum, and up against a squad like Cruz Azul that are showing some unexpected weaknesses late into the season, there is a chance for this to end with a level result on Sunday evening.

Considering the potential payback, aiming for the tie is the move here.

How to Watch Chivas vs Cruz Azul

It wasn’t too long ago when Liga MX media (myself included) and fans discussed the strength and firepower of Cruz Azul. Marauding and steamrolling over their opponents, Los Cementeros looked absolutely unstoppable through mid-September.

Chivas, on the other hand, appeared to be in a rebuilding phase of sorts during that same period of time. COVID-19-related issues and the early firing of their manager left the team with more questions than answers. Their attack was far from exciting and numerous top names seemed to struggle with the infamous pressures associated with one of the most popular teams in North America.

Then, in the last few weeks, whether it be due to luck or simply a matter of getting things done on the field, both of their fortunes began to change.

Through gradual progress, Chivas slowly moved up the league table with three wins and a draw in their last five games. Last week, they were also given a massive boost in confidence after escaping from a pivotal Clasico Tapatio with a 3-2 victory over their hated crosstown rivals, Atlas.

No longer a pushover, Chivas are finally flexing their muscle, and this weekend, they’ll face a dominant yet vulnerable Cruz Azul side that are winless in their last three…

Cruz Azul Are Beginning To Slow Down

It’s one thing to discuss stats —- which I tend to love to analyze — and it’s another to recognize some harsh truths.

Yes, Cruz Azul has very strong xG (expected goals) numbers, even in their losses. Yes, they out-shot all of their opponents in their latest three winless matches. Yes, only Leon was able to head into the latest Liga MX weekend with more wins than them.

But does that matter when you’re dropping points? How many players from the roster are holding their heads up high after collecting just one point after six halves of soccer?

As much as I would love to dive into their stats and point to their attack that should turn around, the reality is that Cruz Azul are slowing their pace. And while they have a chance to eventually rebound this weekend, Chivas are looking to pounce on a weakened giant.

Chivas aren’t playing the most exciting soccer in the league, but they are gaining some steam.

Striker Jose Juan Macias has four goals since the start of September. Winger Uriel Antuna, showing more consistency than ever before, was brilliant in the latest win over Atlas with his goal and assist. Elsewhere in the attack, there are signs of a developing frontline that is finally starting to shake off some rust leftover by former manager Luis Fernando Tena.

Once criticized for their underwhelming efforts in the final third, Chivas have recently made some improvements with their five goals in their last three games. There is still room for improvement – as seen in the 0-0 draw with Club Tijuana in early October – but they’re taking steps forward in garnering and creating crucial opportunities.

Although Goals Will Be Expected, A Draw Is Still Likely In The Cards

Nonetheless, it would be foolish to assume that this will simply be the Chivas show. While their attack is capable of building upon some of their latest progress and finding the back of the net at least once, we also can’t ignore members of Cruz Azul’s frontline that also appear due for a goal or two.

Santiago Gimenez and Luis Romo – both still rediscovering their rhythm after taking part in Mexican national team call-ups and friendlies in September/October — have now had enough time to recalibrate themselves and focus entirely on their club side.

Most importantly, striker Jonathan Rodriguez surely can’t go any longer without a goal. With 10 to his name since late July, it was a bit strange to see him go goalless through his last three matches.

That can’t last much longer. And while Rodriguez will be expected to find the back, so should a more invigorated Chivas in a match that should end in a captivating draw. 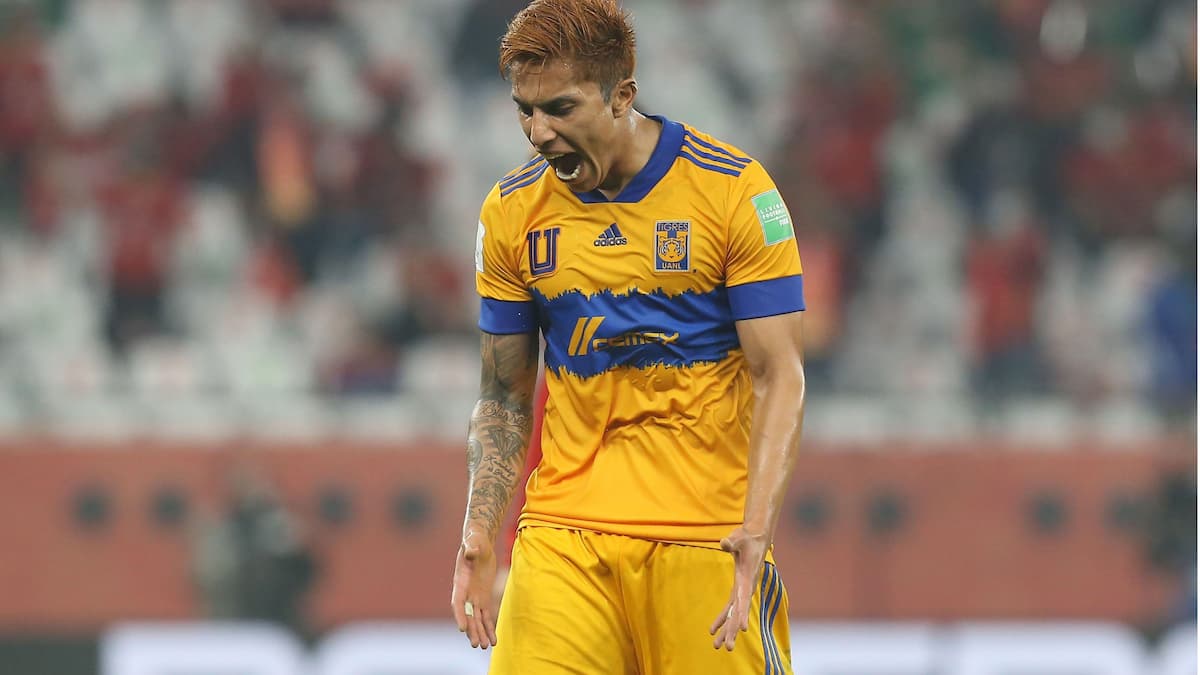 Atlas vs Tigres Prediction, Betting Odds & Picks
The Liga MX playoffs are back! In what could be the final game for their legendary manager, expect Tigres players to step up against Atlas this Saturday.
Liga MX Santos Laguna vs Queretaro Prediction, Betting Odds & Picks
Will the Clasico Capitalino live up to the hype this Liga MX weekend? Although Club America are in better form, this could turn out to be a draw for Pumas.
Liga MX Pumas vs Club America Prediction, Betting Odds & Picks
Will the Clasico Capitalino live up to the hype this Liga MX weekend? Although Club America are in better form, this could turn out to be a draw for Pumas.
Liga MX
Show more