The Boston Celtics picked apart the Sixers in Game 2, despite going down by as many as 14. Even undermanned, it looks like the Sixers defence can’t handle Boston.

How to Watch Philadelphia 76ers vs Boston Celtics

Boston’s Bench is their X-Factor

When you look at the Boston Celtics, you’d be forgiven if you said that you couldn’t recognize one star on the club. Sure Jayson Tatum and Kemba Walker are All-Stars, but neither look as if they could truly carry a franchise. However as he’s always done, Brad Stevens has groomed as far as the fifteenth man to be ready to contribute.

In Game 2, with Gordon Hayward out due to injury, the Boston Celtics’ bench combined for 41 points to the Sixers bench’s 20 points. The ball was humming for Boston and all but one bench players made a field goal in the game.

While many would consider an all-out bench effort to be unsustainable, the Celtics’ play style is very conducive to it. After shooting 51.2% on the game, the Celtics showed they can pass out of any defence into a better shot. In Game 3, Boston’s young bench unit must provide a similar effort.

Philly Needs A Fast Start and Some Help

When head coach Brett Brown decided that Al Horford would be replaced in the starting lineup with Matisse Thybulle, things looked to be positive for the Sixers. Philly started the game shooting 14 of 23 in the first quarter while going up by as many as 14 points. It was all downhill from there.

When we say the Sixers need help, it is for their pick and roll coverage. Famously bad at defending the high screen and roll, the Sixers were exposed by Boston in Game 2. Boston had open three after open three, on top of bringing the Philly shot-blockers out of the paint to attack the rim.

At this point, the Sixers’ bad defence is a trend and not a poor habit. They are able to keep things close at times due to Embiid’s presence in the paint, but his coverage in screen-situations undoes his work. Unless Philly can sort out Boston’s attack, it looks like lights out.

At the end of the day, the outcome of this series will be decided by the play of Jayson Tatum. He’s looked unstoppable against the Sixers and little suggests that he is in any place to slow down.

In the first two games of the playoffs, Tatum has averaged 32.5 points, 9.0 rebounds, and 1.5 blocks on 52.7% shooting from the field and 58.8% shooting from deep. The best part of his play is that he’s not doing it all alone, working off the ball as much as he is in isolation.

Tatum can bring this series home for Boston and if he does, work his way into the conversation of superstardom.

Defending Jayson Tatum is going to be tough for Matisse Thybulle whenever he’s on him (the big size disadvantage is a concern), but Thybulle does a great job here of getting around the screen and blocking Tatum’s pull-up pic.twitter.com/927koKdaWv

Matisse Thybulle helped the Sixers a lot after being inserted into the starting lineup. He was better equipped to defend the Boston lineup, on top of being a worrisome threat from three or on the drive.

While he’s generally defensively solid, he must be more productive on the offensive end to make it a game. He was one of two from the field and had just two points on the game.

He’ll be tasked with slowing down Brown and Tatum, but still needs to be a capable outlet for Embiid on offence. It’s a tall task for a rookie, but not out of the question for someone of Thybulle’s talents. 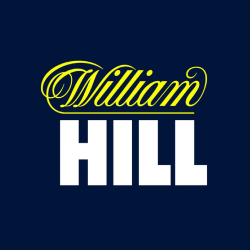 Best NBA Promo Codes & Betting Bonuses 2020/21
All the best sportsbook bonus offers and promotions for the NBA all in one place! Check out our weekly updated list to get started.
NBA