The odds for the first overall pick at the 2020 NFL Draft are provided by DraftKings Sportsbook.

Register at DraftKings Sportsbook in NJ, PA, WV, IN or IA and get a $1,000 sign-up bonus to bet on football!

Of the 255 college football players who will be selected in the upcoming NFL Draft, only one will be picked first overall, and that is an honor that that’s gone mostly to future superstars in the league, though occasionally it’s been handed to a few eventual duds (see Tim Tebow and JaMarcus Russell).

The 2020 NFL Draft starts on Thursday, April 23 and runs through Saturday, April 25, and ABC, ESPN and NFL Network will broadcast all seven rounds on their networks, an event made interesting to watch by such likable personalities as television draft analysts Rich Eisen and Mel Kiper.

Football gamblers looking to pick up a little offseason action can place a bet on which college athlete will be selected first overall, so here we take a closer look at the top-5 prospects for receiving that accolade in 2020 including the odds of each of them being chosen.

Talented quarterbacks, defensive ends and offensive tackles are all rare and valuable commodities in the NFL and this 2020 draft class has its share of superstar-level talent at all three of those positions.

The NFL franchise with the worst record the prior season gets the first overall pick, and this year for the first time in its franchise history that dubious honor goes to the Cincinnati Bengals, who went 2-14 last season, so the player who gets chosen by them will most likely fill their biggest position of need, which is at quarterback.

Every one of the following top-5 college athletes will most likely bring incredible value to whichever roster they end up on, but only one will get to play in Southern Ohio for a Bengals team that has a youthful second-year head coach and hasn’t been to the playoffs for going on half a decade.

Analysis: Andrew Thomas was a three-year starter at Georgia and played at both offensive tackle spots, which will prove to be an advantage in the current NFL with its overall lack of effective players at those two positions.

Some of Thomas’ strengths are his fierce competitive mentality, his speed and “powerful meat hooks for hands’ plus his ability to redirect for second-level adjustments.

Chances are Thomas will not be drafted first overall, but he will most likely be selected soon after and become a solid first-year starter in the NFL, and with the professional level coaching he will begin to receive, he has the athleticism to become elite at his position in time.

Analysis: Justin Herbert is the ideal size for an NFL quarterback, and just like the player already in the league he’s been compared to, quarterback Carson Wentz, Herbert has a “big-boy” arm that will keep opposing cornerbacks on edge throughout the game.

Herbert is considered a full-field reader, meaning he has the confidence to stand patiently in the pocket and scan the field for each of his progressions for the open receiver, a skill that will come in handy in the pass-heavy NFL.

Predicted to be a starter within the first two seasons, Herbert will most likely not get chosen before the other two quarterbacks on this list (see below), but whichever team selects him (plenty of mock drafts have him going to the Los Angeles Chargers) his ability to throw darts and scan the field should help him make his mark as a rookie regardless of how much playing time he initially gets.

Analysis: NFL teams will most likely evaluate Alabama quarterback Tua Tagovailoa based on his incredible 2018 season since his 2019 was shortened to just nine games after he suffered a dislocated hip and “posterior wall fracture” on top of a concussion and a broken nose.

During the 2018 season, Tagovailoa led his Crimson Tide to a national college championship appearance while earning the MVP award for that game and for the Orange Bowl, both games being played not long after receiving surgery to repair a high ankle sprain.

Potential injuries could be a concern with Tagovailoa, but regardless he is predicted to be a year one quality starter and with his ability to run and keep the ball out of opponents hands (his touchdown-to-interception ratio at Alabama was 8:1) he should fit right into the new dual-threat quarterback mold that’s becoming popular in the NFL.

Bet on the NFL Draft Here

Analysis: If the Cincinnati Bengals needed an effective quarterback-hunting defensive end more than they needed a quarterback, there is no doubt that Ohio State University’s Chase Young would be number one on this list – the guy is that good.

Young is considered a “rare physical specimen” due to his “long, chiseled, pliable frame,” and is predicted to be a perennial All-Pro type of player in the NFL who is “loose, fluid, agile, aggressive and explosive.”

Some mock drafts have Young going to the Washington Redskins or the Detroit Lions, depending on whether other teams like the Miami Dolphins trade up for a quarterback, but regardless he will certainly be an immediate impact player in the NFL, much like the rookie defensive end also from OSU who disrupted the league last season named Nick Bosa.

Analysis: If you didn’t get a chance to watch Joe Burrow play for LSU last season (he led them to a 15-0 record and their first-ever College Football National Championship) do yourself a favor and check out his numerous highlights because this 23-year-old has enough talent and football IQ to become an NFL superstar.

Delpit: (Joe Burrow) is the obvious number one pick. pic.twitter.com/QWJARd4G9h

His confidence and poise are beyond his years, and his ability to beat defensive coverages thrown at him is uncanny, making him the favorite to be selected by the Cincinnati Bengals first overall, something the team is ecstatic about despite some doubts as to whether Burrow wants to play there.

Some wonder why his incredible 2019 season was the polar opposite of the season before, while others doubt the strength of his arm, but haters will hate and they definitely can’t argue Burrow’s 60 passing touchdowns in a single season (a new NCAA record) or his 5,600+ passing yards in fifteen games, so the former LSU Tiger’s success in the NFL and in Cincinnati may just depend on his bringing that same college swagger with him to the big leagues.

The 2020 NFL Draft will be held in Paradise, Nevada, United States.

Who has the first overall pick?

The Cincinnati Bengals have the first overall pick at the NFL Draft 2020.

Top 10 Remaining NFL Free Agents in 2021
There are still some talented players available in the 2021 free agent market and here we take a look at the best ten of them remaining including possible fits.
NFL 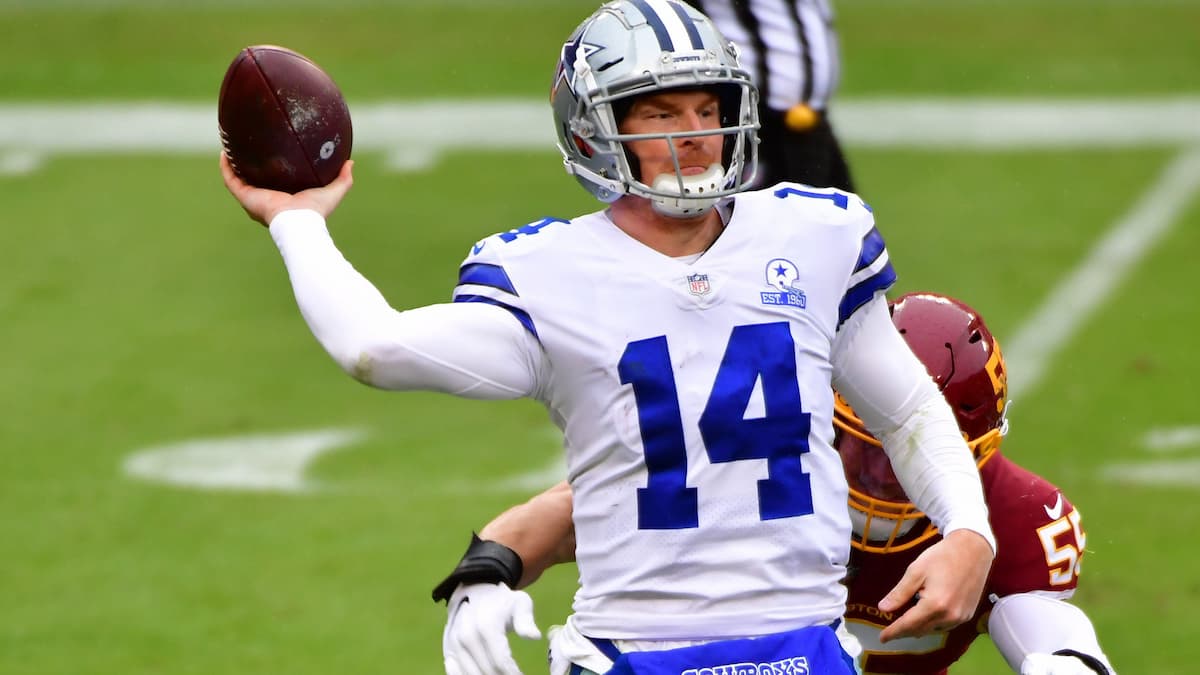