My prediction for the final score is Patriots 31, Giants 3.

How to Watch: Giants vs Patriots

In one of the biggest one-sided games of the season the undefeated New England Patriots are favored over the two-win New York Giants by almost two-and-a-half touchdowns, and even that’s being stingy.

The Patriots outmatch the Giants in every category, from head coach to quarterback and on both sides of the ball, plus then throw in the fact that this matchup takes place in Foxborough and suddenly you’ve got the makings for a real slaughter here.

Let’s take a quick look at how these two teams have set themselves up for Week 6.

New York Giants head coach Pat Shurmur decided three weeks ago to go with their rookie quarterback, and since then Daniel Jones has rewarded him by going 2-1 and completing 64.2 percent of his passes.

The Giants don’t do well against good teams, which is bad news for them in Week 6 since the team they are playing, the undefeated New England Patriots, are very good and outrank them in every category known to football.

The Giants’ 30th ranked defense, the one that has so far surrendered more yards than any other NFC team (409.4 per game) in the league, will need to step up if they are to have any chance against the offensively effective Patriots.

For more on the Giants, check out this article: New York Giants Postseason Predictions

The New England Patriots are obsessed with being prepared and they never fall asleep, especially at home and against bad teams, both of which are true in Week 6 against the Giants at Foxborough.

Tom Brady throws quickly, stays protected behind a stellar front line and therefore healthy, the Patriots’ run game is two-headed so remains energized on all three downs for all four quarters while their defense, currently best in the league overall, has shut down opponents on a record-breaking pace.

General manager / head coach / defensive guru Bill Belichick is a genius at neutralizing whatever the Patriots’ opponents’ strengths happen to be, so expect him to go after the Giants’ Danny ‘Dimes’ Jones with everything his defensive line is capable of.

For more on the Patriots, check out this article: New England Patriots Postseason Predictions

These two teams have met 12 total times (including 2 postseason games), with New England winning 6 of those games and New York winning the other 6 times.

The last time these two teams played was in November of the 2015 season in New York, where the Patriots beat the Giants by a score of 27-26.

If the Giants win this matchup, they’ll move to 3-3-0 and by ending the Patriots’ winning streak, rookie quarterback Jones will establish himself as a legitimate threat under center.

But if the Patriots come out winners in this one, they’ll stay undefeated and move to 6-0-0 and continue their quest for the perfect season, staying in front of the surging Buffalo Bills, both teams hoping to make a Super Bowl appearance out of the AFC East.

We’re going to briefly compare the Giants and the Patriots next and attempt to answer those questions and more.

Passing attack: The New York Giants have the 14th ranked passing offense in the league right now, averaging 248.82 yards per game through the air after five weeks.

Rookie quarterback Daniel Jones is now the 27th most productive passer in the league having completed 70-of-109 passes for 760 yards and 4 touchdowns with 3 interceptions and a completion percentage of 64.2.

The Giants leading receiver after five weeks is tight end Evan Engram, who is currently 16th in the league with 33 catches for 373 yards and 2 touchdowns.

Rushing attack: The Giants’ rushing attack is ranked 15th after averaging 116.0 yards on the ground per matchup.

Running back Saquon Barkley (currently out, see below) is averaging 6.4 yards per carry, ranked 26th among running backs, so far with 37 total carries for 237 yards and 1 touchdown.

New York has scored 97 total points this season, or 19.4 per game, which is the 23rd best total in the NFL

Passing attack: New England has the 6th best passing attack in the league right now after averaging 279.2 yards through the air each game.

Quarterback Tom Brady has completed 118-of-187 passes for 1,409 yards and 10 touchdowns with 2 interceptions and a completion percentage of 63.1.

Sony Michel is the Patriots’ best runner and he is currently the 21st best in the league with 78 carries for 262 yards and 3 touchdowns, averaging 3.4 yards per rush.

New England has scored 155 points in 2019, averaging 31 per game, which is the 2nd highest average in the league right now.

The New England Patriots have Bill Belichick and Tom Brady running their offense, so they of course have the full advantage on that side of the ball.

Pass coverage: The Giants have the 28th best pass defense in 2019 so far, allowing opponents to throw for 279.4 yards through the air per game.

New York’s defense has 5 team interceptions and they have 13 total sacks.

Run coverage: The Giants are the 23rd best NFL team against the run right now after allowing opponents to run for an average of 130.0 yards per game.

New York has allowed their opponents to score 125 total points, or 25 per game, which is 25th lowest (or 8th highest) in the NFL.

Free safety Antoine Bethea is tearing up the Giants’ secondary, already with 40 tackles (22nd most in the league).

Tom Brady had best keep on the lookout for Giants’ linebacker Markus Golden, who has 4.5 sacks to himself, plus 10 quarterback hits and 19 tackles (3 for a loss).

Roaming the New York Giants’ secondary is cornerback Janoris Jenkins, who has 2 interceptions, 8 passes defended and 26 tackles this season.

Pass coverage: The Patriots’ defense is 1st against the pass, allowing their opponents to throw for an average of 160.4 yards per game.

New England’s defense has 11 interceptions on opposing quarterbacks and they have 24 total sacks after five weeks of play.

Run coverage: The Patriots are 3rd best in the league against a rushing attack, allowing opponents to run for an average of 78.0 yards per game.

New England has allowed their opponents to score 34 total points this season, or 6.8 per matchup, which is the fewest in the NFL.

One of the most productive players on the Patriots’ defense right now is outside linebacker Jamie Collins, who has 27 total tackles so far in 2019, plus 4.5 sacks, 3 interceptions (one a 69-yard pick six), 7 passes defended, a forced fumble and a fumble recovery.

Also successfully hunting quarterbacks for the Patriots is defensive end Chase Winovich, who has accumulated 4.0 of them, plus 7 tackles.

Leading the NFL in interceptions is New England free safety Devin McCourty, who has 4 of them, plus 9 passes defended and 14 total tackles.

The Patriots have the best defense in the league right now, the Giants have the third worst, advantage goes to New England once again.

New York’s punter, Riley Dixon, is in his fourth NFL season and he has punted 20 times so far this season for a net average of 44.8 yards per punt, which is the 4th best in the league.

New England’s punter, Jake Bailey, is in his first NFL season and this season he has punted 28 times for a net average of 43.4 yards per punt, which was the 13th best in the league.

New York’s placekicker, Aldrick Rosas, is in his 3rd NFL season, all with the Giants.

New England’s placekicker, Stephen Gostkowski, is in his 14th NFL season, all with the Patriots, and has been placed on injured reserve for a hip injury.

Olszewski has returned 16 punts for 137 yards, averaging 8.6 yards per return, his longest for 20 yards.

The Giants have the special teams advantage in this matchup since the Patriots are dealing with a new placekicker and he has had some difficulties starting out.

Why Will the Giants Win this Game?

If running back Saquon Barkley, who suffered a high ankle sprain back in Week 3, is healthy enough to play on Sunday, then the Giants have a chance of making this game at least a close one.

Plus, throw in the fact that the Patriots are having to deal with a new kicker, Mike Nugent, who so far has struggled a bit, and it’s entirely possible that a close game in the fourth quarter could miraculously swing New York’s way.

For the Giants to win, every player on their team would have to deliver an above the average (and close to perfect) performance while the Patriots would have to suddenly (and most likely temporarily) forget how to be the very best at what they do.

Why Will the Patriots Win this Game?

The Patriots winning this one comes down to simple statistical math – when a great offense takes on a poor defense and the vice versa is also true, the game can only go one way, and that’s with another New England win.

Rookie quarterbacks notoriously don’t do well against the Patriots, so it won’t be tough to imagine the number one defense in the league getting after and affecting a player starting his fourth NFL game.

At this point in the season, every week New England has looked like a cat playing with its dinner before the eventual kill, and Week 6 should go no differently for this team destined to play for yet another Lombardi Trophy in February.

This Game Goes to the

New England Patriots by four and a half touchdowns or so – they’re at home, they’re on a roll, it’s their GOAT vs a rookie and they’re playing the Giants – it’s going to be a killing.

My prediction for the final score is Patriots 31, Giants 3.

The latest odds for the Giants vs Patriots are provided by 888Sport NJ, DraftKings, and Unibet NJ. 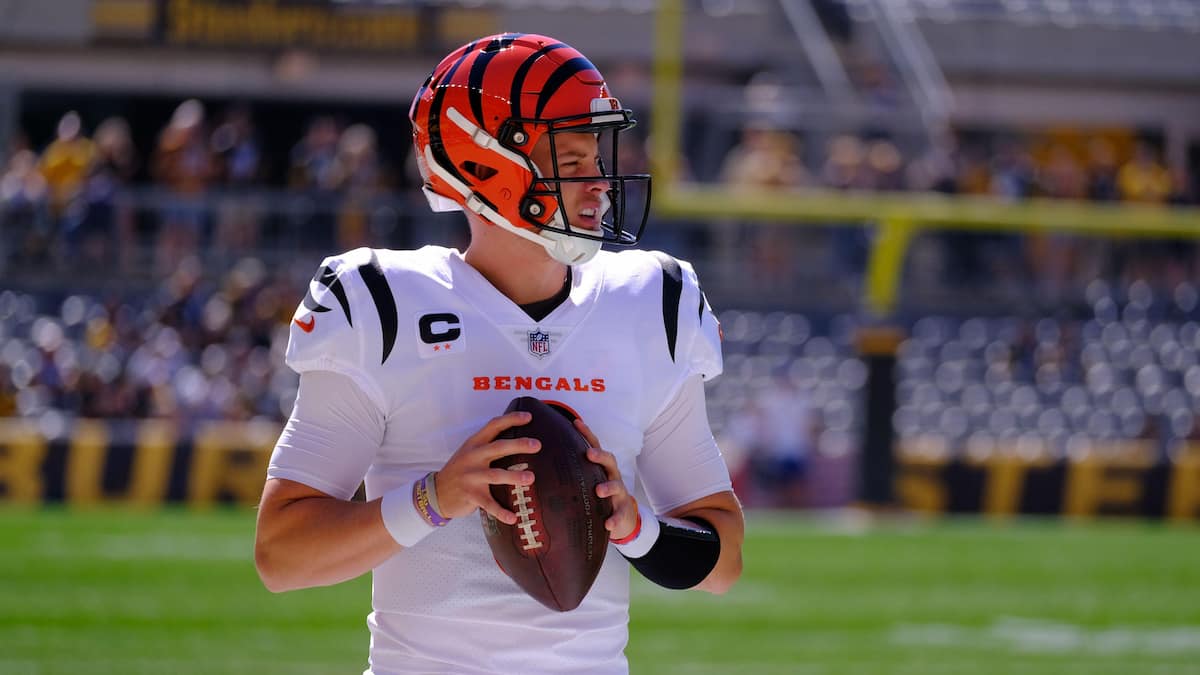 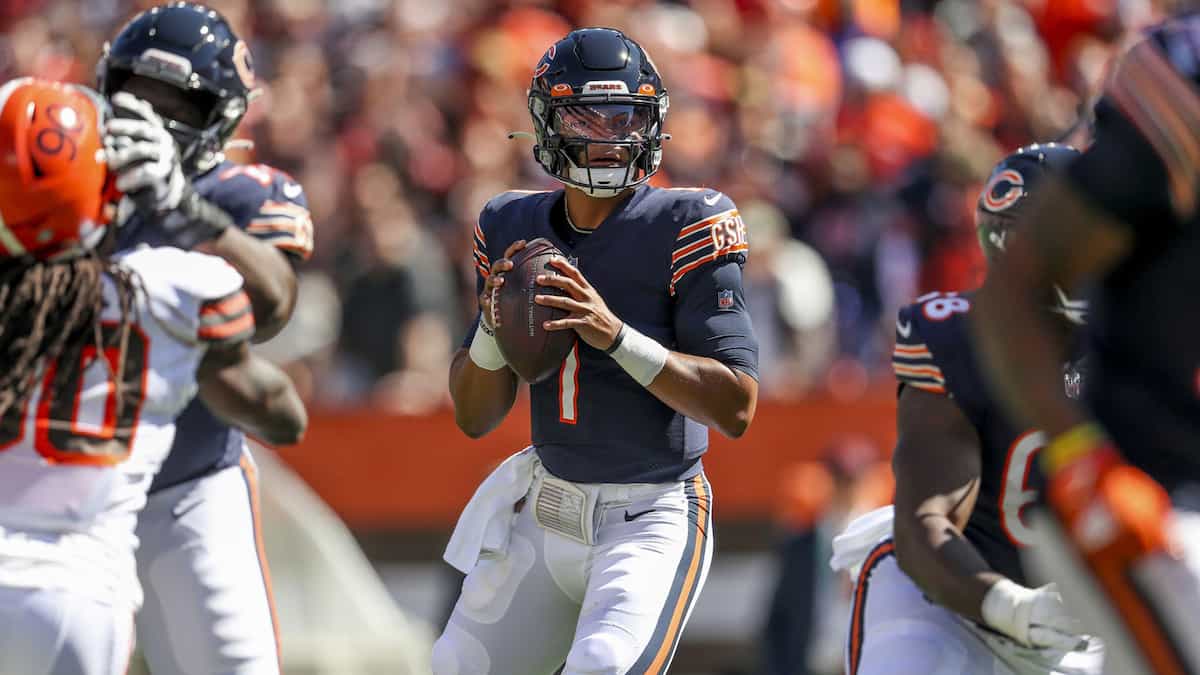 NFL Week 4 Picks Against the Spread: Predictions, Best Picks, Odds
Another exciting week in NFL! Get ready for Week 4 with our expert predictions, picks, and stats from past seasons to help give you an edge over the sportsbooks! …
NFL 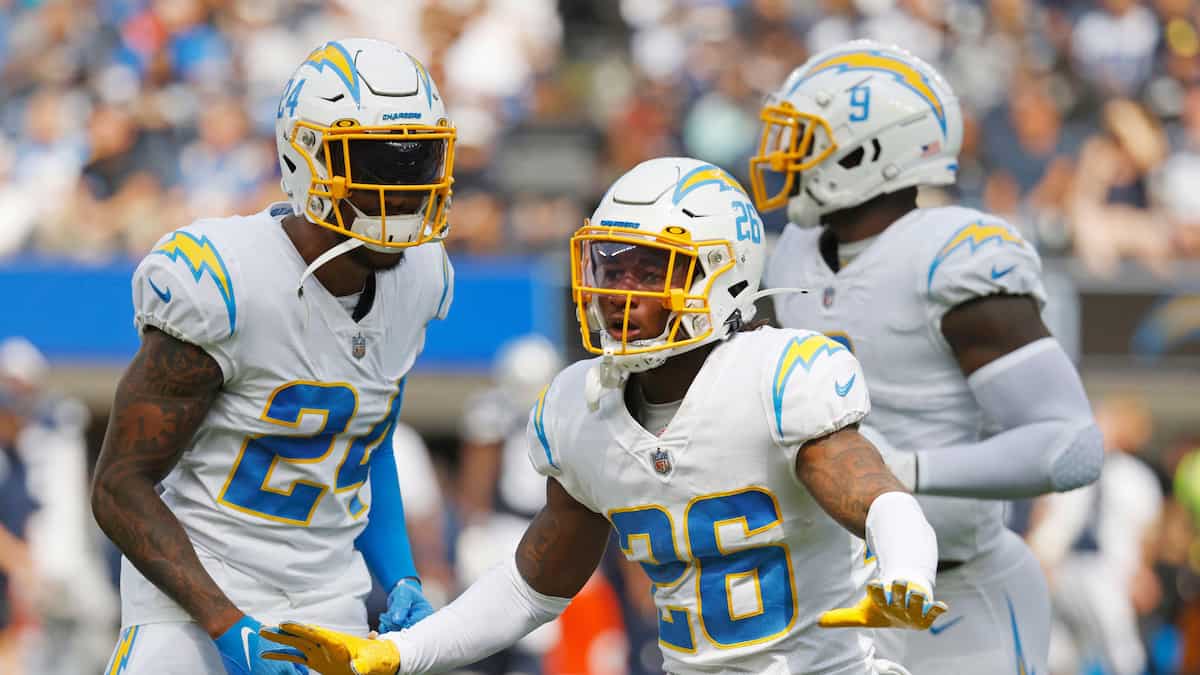 What We Learned from NFL Week 3: Winners, Losers, Standouts
After an exciting NFL Week 3 of games, there are plenty of winners, losers, and standouts that we take a look at on a Monday.
NFL
Show more