Clement L. Hirsch: Participants Are Elite Group of Racing Mares That Have Won This Race More Than Once

Home/Horse Racing/Clement L. Hirsch: Participants Are Elite Group of Racing Mares That Have Won This Race More Than Once

Check out our predictions and odds for the 2022 Clement L. Hirsch at Del Mar!

If you’re playing only to win, go with my top pick Shedaresthedevil (8/5).

To ensure your bets, check out our Horse Racing Calculator, here!

Shedaresthedevil, looking to join a small and elite group of racing mares that have won this race more than once, is back at Del Mar to headline a field of seven set for Saturday’s Grade 1 Clement L. Hirsch.

A 5-year-old daughter of Daredevil trained by Brad Cox, her victory in the 2021 edition was her third Grade 1 win. Her first in that class came when she won the 2020 Kentucky Oaks over a strong field.

Shedaresthedevil’s two wins in five starts since the 2021 Hirsch include last year’s Grade 3 Locust Grove and the Grade 2 Fleur de Lis Stakes both at Churchill Downs. The latter was her most recent start and came five weeks ago.

Chief among her rivals in the 8 ½ furlong Hirsch is the Bob Baffert-trained Private Mission. Most recently, the 4-year-old daughter of Into Mischief won the Grade 2 Santa Maria Stakes at Santa Anita.

The win was her first in four starts. Before that she ran off consecutive stakes victories last year in the Grade 3 Torrey Pines Stakes at Del Mar and the Grade 2 Zenyatta Stakes at Santa Anita.

The last two winners of the Grade 2 Santa Anita Oaks both offer intrigue to the field for Saturday’s $400,000 feature.

Soothsay will be making her first start for trainer Richard Mandella since winning the Grade 3 Indiana Oaks 13 months ago. Meanwhile, the 3-year-old Desert Dawn will try to bounce back from a disappointing third-place finish last time in the Summertime Oaks.

The defending champion of this race comes back to Del Mar for the third time on Saturday. After her Hirsch win last year, she backed out of a wicked pace, but overall her performance in the Breeders’ Cup Distaff was not so bad.

A winner of 10-of-20 lifetime, including three Grade 1 victories, she continues to be a consistent runner for trainer Brad Cox as evidenced by her good win in the Grade 2 Fleur de Lis last time out at Churchill Downs.

With the second choice likely to go after the early speed, she should get a good stalking trip in third early on regular rider Florent Geroux. Things look good for her to repeat on Saturday. She is the top pick.

The winner of the Grade 2 Santa Maria last time, as well as the Grade 3 Torrey Pines at Del Mar last summer, this Bob Baffert-trainee will face a tougher task this time around. With the speedy Samurai Charm ensuring a strong early pace, she will need to chase.

That can be a good strategy, but with the classy Shedaresthedevil breathing down her neck, it leaves little room for error. This daughter of Into Mischief looks good when she wins, but often packs it in if things get too tough. As the clear second choice, I am going to try to beat her here.

This daughter DIstorted Humor is the wildcard of the field. Trained by Richard Mandella she sports a good looking career record of three wins and one second in four career starts. The problem is that all those races came last year at 3 and we haven’t seen her for 13 months.

This is an ambitious spot for his return, but it also shows solid belief from her Hall of Fame trainer. When last seen, she overcame a bad start to win the Grade 3 Indiana Oaks in an impressive performance.

She could come back running, and if she does she is a real threat in the race, but after such a long layoff I do not believe she will offer the value needed to back her against this type of competition.

A good second last time without much pace to set up her rally, I expect her to turn the tables on Private Mission this time around. The 5-year-old Argentian mare was a good winner of the Grade 2 Santa Margarita in the start before that.

Very well bred and a star in her native land, she should be well accustomed to American racing now in what will be her fourth start stateside. Her only previous try at Del Mar was not great but that came in the Breeders’ Cup and off a long layoff.

The early pace should be more to her liking on Saturday and I consider her the most likely to upset Shedaresthedevil.

The lone 3-year-old in the field, she stumbled badly at the start last time and struggled home a well beaten third in the Grade 2 Summertime Oaks. It only gets tougher here as she tackles tough older mares, but the good news is that in her previous two starts she proved to be a classy filly.

Her win in the Grade 2 Santa Anita Oaks was nice, holding off the talented Adare Manor, and then her run in the Grade 1 Kentucky Oaks was even better, as she was battling division leader Nest for most of the stretch for second place.

With speed in the race, she should be able to get a good trip coming from behind. If she can bounce back from the last one, she rates a solid shot in here and she should offer good value in the exotics.

Trained by Peter Miller this 5-year-old mare has plenty of speed. She has been sprinting lately, but before that she set the pace all four of her two-turn races. The daughter of First Samurai will likely go right to the lead again on Saturday, but with Private Mission and Shedaresthedevil not far behind.

It seems like a tough ask to keep those two multiple graded stakes winners at bay and then have anything left of the stretch drive, but she did go two for two at Del Mar last summer. Still, I can’t get behind her chances in this Grade 1 affair.

This daughter of Uncle Mo earned her second career victory in a weak allowance race at Santa Anita. While the victory gives hope for her future development, it was not overly impressive and follows a thrashing she was given by Blue Stripe in the Santa Margarita.

It was a similar result she had in her only other graded stakes attempt which came behind Private Mission at Del Mar in last year’s Torrey Pines. Anything better than a near the back finish on Saturday would come as a surprise.

How to Watch the Clement L. Hirsch 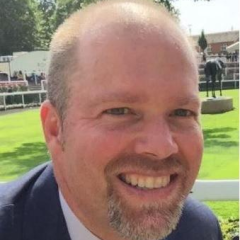