Odds taken from DraftKings. Click on the links below to head to the sportsbook and place your bet.

Rumor has it that the Browns defensive line will be returning in full force for this Week 5 matchup and that is good news for anyone who wants to crack open their betting kitty for an underdog that should have the unstoppable force of DEs Myles Garrett (shoulder) and Jadeveon Clowney (ankle) back in the lineup.

That means Chargers rookie LT Jamaree Salyer and RT Trey Pipkins III will most likely have a long day unless they get help from the other linesmen plus some timely chips from RB Austin Ekeler and TE Gerald Everett, the team effort it takes to slow down that pair of quarterback hunters whose squad have a total of 8 sacks and 4 forced fumbles on the year.

The Los Angeles pass rush will be at a disadvantage due to the groin injury to their star LB Joey Bosa who is now out on the injured reserve list until further notice, which means DEs Morgan Fox and DT Austin Johnson will join LB Khalil Mack in facing one of the best offensive lines in the league.

Take the Browns and the points since they are the home team and their fans will make a lot of noise when QB Justin Herbert is on the field, and right now he is most likely going to be missing a key receiver, Keenan Allen (hamstring), so expect WRs Mike Williams and Joshua Palmer to step up here.

This is a fun bet to see if you can outguess the oddsmakers who think that when you add up the final score of the Chargers and the Browns Week 5 matchup it will be 47.5 points and your job is to figure out if the actual total will be over or under that, a guessing game unless you do a bit of research.

Further data can help you make an even wiser decision, like the fact that the Charger’s defense allows opponents to score 27 points and the Browns defense allows the teams they play to score 23.8, still over what the sportsbooks predict, yet another reason to lean towards taking that side of the wager.

It will be an outdoor game by Lake Erie so the weather and wind could be a factor because if it is cold and windy on any level that might make it tougher to score, so be sure to look up those conditions as the game day gets closer, but for now, we recommend taking the over.

Get a $1000 deposit bonus when you sign up for DraftKings Sportsbook.

The underdog Cleveland Browns will be playing at home here against a banged-up LA Chargers team that will be missing its best defensive playmaker, Joey Bosa (groin), and most likely its best receiver, Keenan Allen (hamstring), plus they will be battling noise and maybe weather the entire game.

The Browns must continue to adjust to their temporary QB Jacoby Brissett and hope its D-line with a healthy Garrett and Clowney can make Herbert’s day a rough one, this 2-2 Cleveland team a few mental mistakes from being undefeated for the season as DC Joe Woods works out the communication issues in his secondary that continues leaving opposing WRs wide open.

Bet a hundred dollars that the Browns win outright, and you will win $135 plus your initial investment, but it will cost you a $154 wager on the Chargers to win $100 pls your bet back if they come out of Cleveland victorious.

BetMGM is offering new bettors a $1,000 risk-free bet when they sign up using our link.

How to Watch Chargers vs Browns 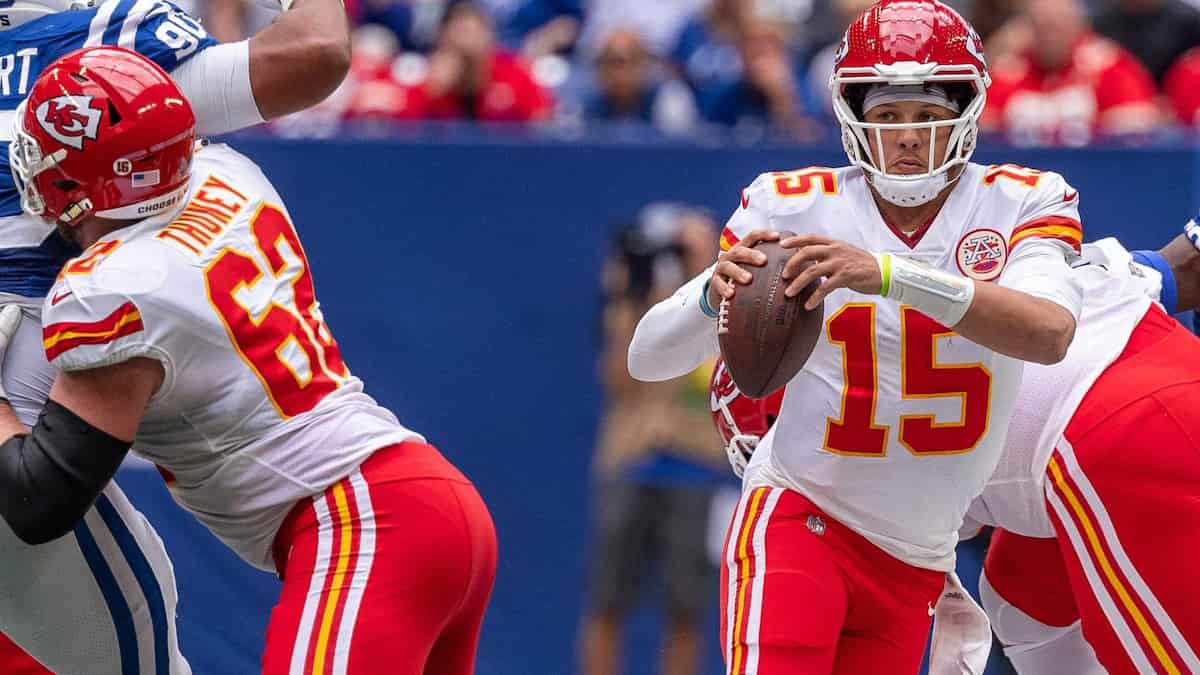 NFL Week 5 Picks Against the Spread: Predictions, Best Bets, Odds
It is already the fifth week of the NFL season so crack open your betting kitty for some of these top NFL Week 5 Predictions, Picks, Spreads and Odds.
NFL