Jason Cunningham vs Zolani Tete: Both Fighters Boast Plenty of Experience With a Combined 70 Bouts

Home/Boxing/Jason Cunningham vs Zolani Tete: Both Fighters Boast Plenty of Experience With a Combined 70 Bouts

The main attraction on Saturday at the Wembley Arena sees the comeback of Juggernaut Joe Joyce, with the British heavyweight aiming to grab a win over the respected Christian Hammer. The result of that contest looks to be a foregone conclusion, with Joyce marked as the hot favourite to win.

Our search for the betting value takes us into the undercard, where we find a competitive contest involving Jason Cunningham and Zolani Tete. The IBF International and Commonwealth super-bantamweight titles are on the line here, with the winner also driving themselves into contention for a crack at the world championship. But which fighter will come out on top?

The above table displays the latest odds from the fight winner betting, and we can see that Cunningham is a clear favourite. The prices are quoted from the Caesars Sportsbook betting app and are available to all registered members of that bookie today. Click any link to Caesars on this page to create an account and qualify for the welcome bonus free bet.

Englishman Cunningham is the more experienced fighter of the two and has been campaigning at a higher level than his opponent from South Africa. Jason carries the support of traders working at all major betting apps, and he’ll also be backed by a large support inside the arena, with almost everyone watching this bout there to support a Cunningham win.

As always, the odds in the above table are correct at the time of publishing, but it’s worth remembering that boxing odds can and often do move. The prices may have changed between us sending this article and you reading it and placing your bets. There are also many eye-catching specials to get involved with, including the method of victory and winning round. Read on as we highlight the best of them below.

Jason Cunningham enters this bout with a professional record detailing 31 wins against six defeats, with just seven of those wins coming inside the distance and one KO/TKO defeat. The 32-year-old has been around British boxing for many years, making his professional debut in 2011 with a points win in Hull. He has climbed the ranks since, winning several respected titles on route.

Cunningham is currently ranked as the number one bantamweight in the country, although there are 16 fighters listed above him in the world rankings. Despite those six losses against his name, Jason hasn’t suffered defeat since dropping a 10-round points decision to Michael Conlan at the Manchester Arena in December 2012. He was well beaten that evening, but the form of Conlan since proves there’s no shame in that result, and he certainly had little trouble getting his career back on track. Cunningham has won all seven bouts since, with six of those on points.

The Iceman from Doncaster did score a rare stoppage win in his most recent bout, halting Frenchman Terry Le Couviour inside six rounds at the Telford International Centre in April. That was a confidence-boosting win, and it’s encouraging to see Jason back in the ring again so soon. A gap of fewer than three months means Jason will be fit, sharp and firing. A willingness to get back involved also proves his ambition and that he is desperate to get into world title contention.

During his latest winning stretch, Cunningham has beaten Gamal Yafai over 12 rounds in Manchester, which was an upset for the books. Yafai is one of the most respected “little guys” of British boxing, but he was out-pointed by Jason last May with margins of three, three and five rounds.

He followed that shock result with an equally impressive and comfortable win over Brad Foster in Birmingham. Jason picked up the IBF International, European, Commonwealth and British titles with that win over Foster, setting himself apart from the competition.

Cunningham won back-to-back fights on points over the championship distance before getting rid of Le Couviour in round six last time. That was a welcome stoppage victory, but it was his first since 2015, so we won’t get too carried away and look for another KO/TKO. This is a fight Cunningham will win, and he’s likely to do so on points.

Opponent Zolani Tete appears to be a fighter who has been brought in to serve that purpose. The promoters seem keen to get Cunningham another win, but they have their eye on the bigger picture and would like to get a few more rounds under his belt before turning his target on the big names of the bantamweight division. He’s likely to be pushed hard and moved into the second half of the contest by an experienced southpaw.

Tete is a South African fighter who has won 29 and lost four bouts, scoring 22 victories by knockout and losing just twice by KO/TKO. The 34-year-old was stopped inside three rounds by John Riel Casimero in Birmingham back in 2019 and has fought just once since. That fight failed to last a round, with Tete stopping Iddi Kayumba, who had won 13 of 19 in the opening few seconds.

That first round win for Tete was emphatic, but it means he has campaigned for less than three minutes since November 2019, and that’s far from ideal. His lack of fitness and sharpness will begin to show in the middle rounds, and we’re backing Cunningham to ride an early onslaught before taking charge.

How to Watch Jason Cunningham vs Zolani Tete 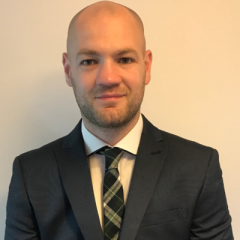