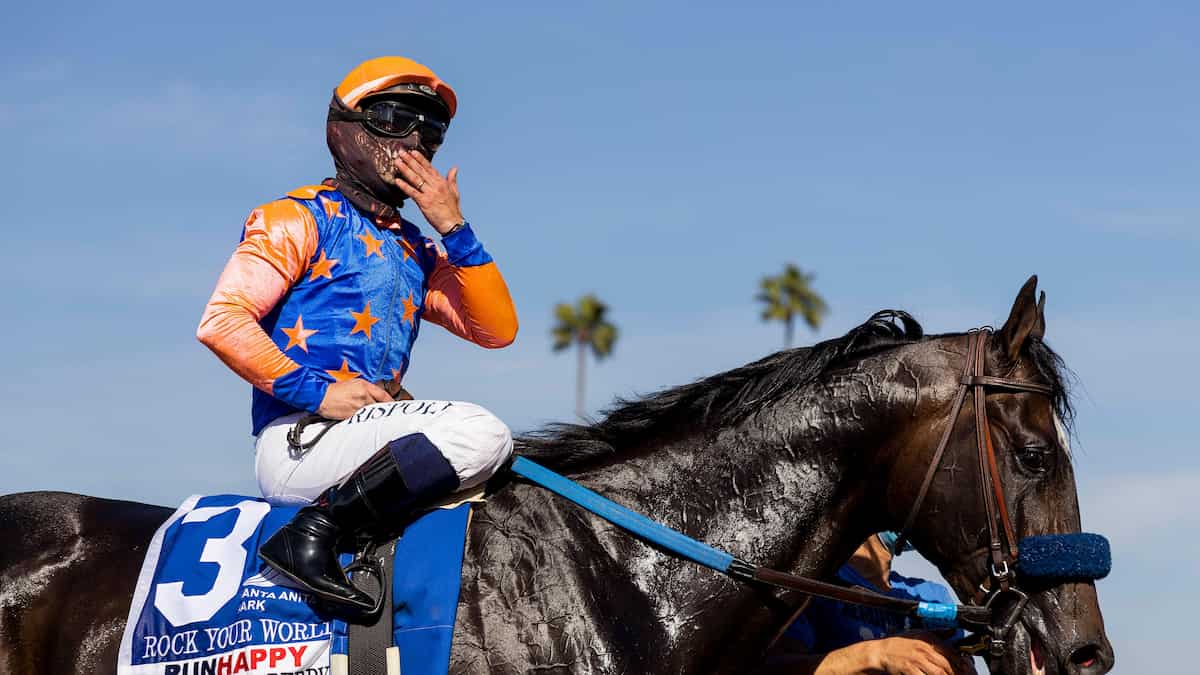 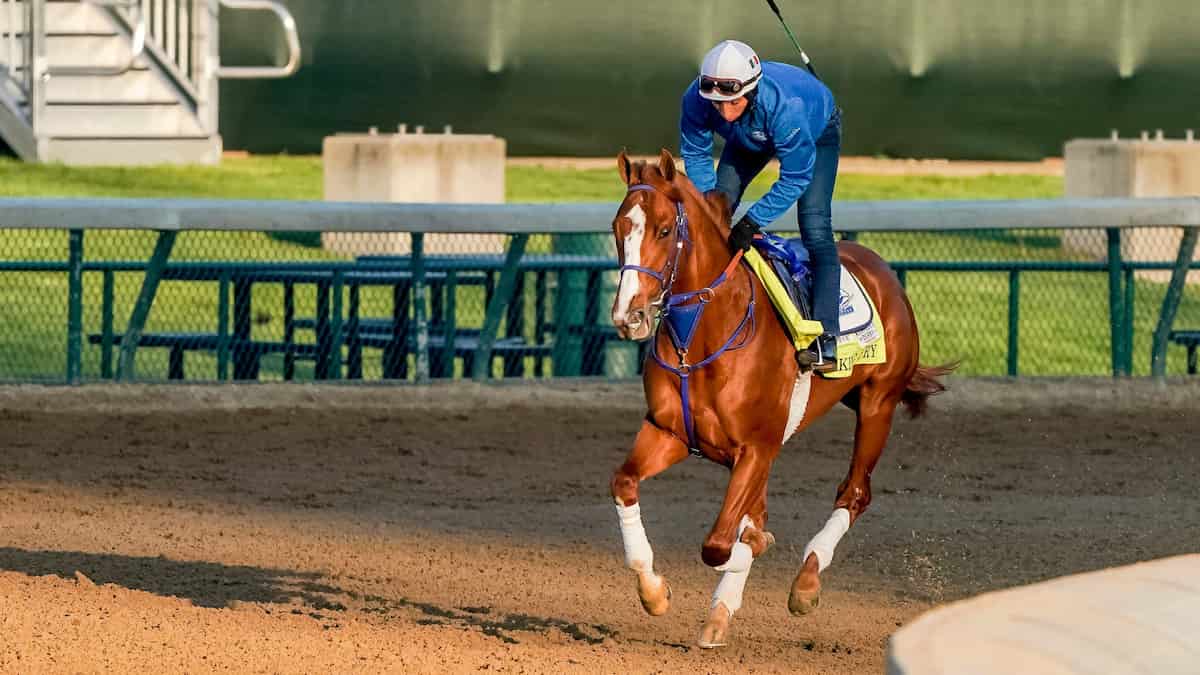 Home to numerous important races, including the Blue Grass Stakes, the world’s greatest thoroughbreds have been traveling each spring and each fall to Keeneland for nearly a century, many of them coming back to the area where they were born and raised.

The community of Lexington and neighboring towns celebrate Keeneland unlike most racetracks in America. It was designated a National Historic Landmark in 1986 for its role in the growth of the sport and its overall importance in Central Kentucky.

Keeneland Race Course At a Glance

Located approximately 6 miles west of downtown Lexington, and just over an hour drive east of Louisville and Churchill Downs, Keeneland Race Course has been a premier boutique racetrack every spring and fall since its opening more than eight decades ago.

While the great racing state of Kentucky has five racetracks overall, it is Churchill Downs and Keeneland that stands above the rest as far as both quality of racing, as well as importance in the industry. While the track to the west hosts the Kentucky Derby, it is Keeneland that beautifully melds together all aspects of the Thoroughbred industry in two short meets each year.

Since its official opening back in 1936, Keeneland has been an ideal setting for the racing and breeding worlds to come together and enjoy some of the best horses American racing has to offer. It’s a picturesque setting and traditional look and feel make it one of the must-visits for any true fan of racing.

More popular today than ever, the historic racetrack in Central Kentucky will continue its tradition of being one of the most anticipated places to visit in American racing for the foreseeable future.

Keeneland was born in 1936 as a nonprofit home for both racing and auctions on 147 acres of farmland just west of Lexington, Kentucky. The property, which sits adjacent to the Blue Grass Airport, was owned by Jack Keene, a driving force behind the creation of Keeneland, and its namesake.

Throughout its existence, Keeneland has used proceeds from both racing and its auctions to the benefit of the thoroughbred industry, as well as to better the surrounding community of Lexington.

Since its opening, Keeneland has hosted live race meets in April and October. The 15-day spring meet is among the richest in North America on average purses. Among its fifteen graded stakes races are the Blue Grass Stakes, a key prep race for the Kentucky Derby, and the Ashland Stakes, which leads up to the Kentucky Oaks.

Six months later is the 17-day fall meet, which is highlighted by seventeen graded stakes races, many of which act as preps for Breeders’ Cup races.

Keeneland, among the leaders in safety precautions, changed the main track in the summer of 2006, replacing the dirt surface with a synthetic Polytrack surface. The change only lasted eight years, though, as dirt racing returned in 2014, in time to host its first Breeders’ Cup. The world championships will come back to Keeneland in 2020.

As the hub of Kentucky’s bluegrass, which is widely considered to be the unofficial capital of the Thoroughbred industry, Keeneland is both rich in tradition and importance in the fortunes of the sport.

If you want to buy or sell the next champion, Keeneland is a great place to do it. The largest and most prominent Thoroughbred auction house in the world, Keeneland hosts four sales annually in January, April, September, and November. Housed right on the grounds of the racetrack, the auction ring has seen many of the sport’s greats go through both before and after their racing careers. Sales at Keeneland continually deliver many of the most promising racing and breed stock offered each year.

Tailgating and Dressing for the Occasion

There’s nothing quite like an afternoon at Keeneland. Many fans get their day started before the racing by enjoying snacks and cocktails in the scenic parking areas which surround the track. The natural scenery around Keeneland only gets better as many of its patrons adorn their spring or fall finest for a day at the races. Only Kentucky Derby weekend can boast better-dressed fans in American racing.

One of the track’s most beloved spots in the paddock at Keeneland. Each day of racing fans flocks outside the long fence of one of the most beautiful saddling areas in the world. There they see each race’s horses prepare to hit the track in hopes of becoming a winner at Keeneland. Lined by beautiful old trees, which also serve as walking and saddling rings, the paddock is unlike anything else in America.

A visit to the Keeneland paddock is not complete without spending some time looking over the jockey silks just across the walkway. Each season, the winning silks of all the major stakes races are painted to show off the owners’ colors. It’s not only a colorful display, but it’s also a great way to reflect on all the big winners at Keeneland from the previous race meeting.

The Tradition and Charm

Taking pride in the maintenance of racing traditions has always been big at Keeneland. They were the last track in North America to broadcast race calls over its public-address system, not doing so until 1997. Exotic betting came to Keeneland far later than most tracks as well. It wasn’t that the track was behind, it was all about maintaining the tradition and charm. It’s just one of the reasons that Hollywood has often seen Keeneland as the place to host horse racing scenes. Popular films such as Seabiscuit, Dreamer, and Secretariat all used Keeneland for important racetrack shots.

Created only three years after the racetrack itself, the Keeneland Library is a public research/reference library unlike anything else in the industry. Located on the grounds just outside the track, and dedicated to the Thoroughbred, it is one of the world’s largest repositories of information related to the breed and sport. Housing nearly 30,000 books, and approximately one million photographic negatives, and thousands of newspaper and magazine articles about all aspects of the equine industry, the Library received a special Eclipse Award in 2002.

Over the years, many of the greatest horses in the history of American racing have raced at Keeneland to compete at arguably America’s greatest race meet. Below are just a few of the legends of the track.

Proving you do not need to be old to be a legend, American Pharoah became one at Keeneland when he rolled home in the Breeders’ Cup Classic in the track’s first edition. The first horse to win the Triple Crown in 37 years, he won the Classic by 6 ½-lengths, equaling the margin of victory record set by Volponi. He also became the first to win the unofficial Grand Slam of horse racing; winning the 2014 Kentucky Derby, Preakness Stakes, Belmont Stakes, and Breeders’ Cup Classic. He currently resides just down the road from Keeneland as a successful young stallion at Ashford Stud.

While American Pharoah stole the show in Keeneland’s inaugural Breeders’ Cup, the great mare Tepin was not too far behind in popularity. A stakes winner on dirt, the daughter of Bernstein became a superstar on the grass, and much of her success came at Keeneland. After breaking her maiden there at 2, she came back two years later to romp home in both the First Lady and Breeders’ Cup Mile to secure her first of two championships. She added another grade 1 win at Keeneland the following spring. All told, she ran at Keeneland five times, with only a runner-up finish in her second run in the First Lady ruining her perfect record.

Tepin, there was Wise Dan. The most popular gelding in Kentucky racing in the modern era, the son of Wiseman’s Ferry was a regular at Keeneland. Among his 23 career wins, 7 of them came at the Lexington oval, and all seven were in graded stakes. The first three came over the old all-weather track in the Phoenix, Fayette, and Ben Ali, while the last four came over the Keeneland turf, as he took home a pair of victories in both the Maker’s 46 Mile and the Shadwell Turf Mile. In his swan song, the two-time Horse of the Year thrilled Keeneland fans with a stirring victory in the Shadwell Turf Mile.

Known for his ability on both turf and dirt, this Horse of the Year and Turf Champion in three consecutive seasons, was one of Keeneland’s first superstars. Trained by Moody Jolley early on, he won all four of his starts there as a juvenile, including the Breeders’ Futurity. At 3, he prepped for the Kentucky Derby for trainer William Molter by winning the Blue Grass by 6 lengths, which completed his perfect record of 5-for-5 at Keeneland. After his retirement from racing, the great son of Princequillo found great success as a stallion.

He may have only run at Keeneland once, but a win by the Canadian champion in the Blue Grass sent him off to a near sweep of America’s Triple Crown in 1964. Of course, as great a runner as he was, he went on to become an even better sire. As a stallion, he became arguably the most influential in North American history. His offspring reached big heights on the racetrack and routinely led the way at the Keeneland sales each year.

Another who only raced at Keeneland one time, but what a race it was. Perhaps the most impressive winner of the track’s signature race ever, the son of Skip Trial won the Blue Grass by six lengths in record time, leaving both the future Preakness and Belmont winners in his wake. Although he lost each leg of that year’s Triple Crown, Skip Away went on to win Eclipse Awards in three consecutive seasons, including a Horse of the Year title in 1998.

On the human side, the legendary Pat Day won a record 22 riding titles at Keeneland. Born in Colorado, Day was the jockey of 918 winners at Keeneland, and 95 of those came in stakes races. A member of racing’s Hall of Fame, he rode to victory a then-record 12 Breeders’ Cup races, including 4 wins in the Breeders’ Cup Classic, as well as 9 wins in American Triple Crown races, with 10 more second-place finishes. The leading rider in America by victories 6 times, Day earned the Eclipse Award for Outstanding Jockey in 1984, 1986, 1987, and 1991.

His training counterpart is the four-time Eclipse Award winner as Outstanding Trainer, D. Wayne Lukas. The Wisconsin native, and former high school basketball coach, has won a total of 16 training titles at Keeneland, which includes 295 race wins, 55 of which were stakes races. A member of the Hall of Fame in both Thoroughbred and Quarter Horse racing, Lukas saddled a total of 14 Triple Crown race winners and 20 Breeders’ Cup winners. At the age of 85, Lukas is still training winners today.