Odds from DraftKings Sportsbook. Click on the links below to head to DraftKings and bet on the Ally 400 race.

Two weeks ago, in the NASCAR Cup Series race at Sonoma, we whiffed on the race winner, but we gave you four winning bets that more than made up for the one bad call.

We picked both Chris Buescher and Michael McDowell to finish in the top three (both at +1200) and top five (both at +600)—and they ran second and third, respectively. Your wallet should be happy.

We’ll try to keep the run going in Sunday’s Ally 400 at Nashville Superspeedway, where the Cup Series raced for the first time last year.

The race will be contested over 300 laps (399 miles) at the 1.33-mile concrete oval, with stage breaks scheduled after 90 and 185 laps. Kyle Larson is the defending winner.

In last year’s first-ever NASCAR Cup Series race at Nashville Superspeedway, Kyle Larson dominated, leading 264 laps on the way to his third straight win and fourth of the season.

This year hasn’t gone as well for the reigning NASCAR Cup Series champion. Larson won the second race of the season, at Fontana, Calif., but he hasn’t been to Victory Lane since then.

Nevertheless, because he won the only Cup race ever contested at the 1.33-mile track, Larson is the betting favorite for Sunday’s event. He’s posted at +450 via DraftKings Sportsbook.

Until Larson shows us the ability to finish races this year, however, we’re not sold on his status as favorite. So we’ll look elsewhere for our picks this week. And we won’t have to look far.

Last year’s third-place finisher, Hendrick Motorsports teammate William Byron, is posted at +1200—so have at it.

There’s no doubt that Trackhouse Racing has been the surprise feel-good story of the 2022 NASCAR Cup Series season.

First, Ross Chastain picked up two victories and locked himself into the Playoff. Then, on June 12, Daniel Suarez drove to victory at Sonoma Raceway to give Trackhouse its third win of the season.

Chastain has posted six top-three finishes in 16 races this season, and on Sunday, we like him to improve one position from his runner-up finish at Nashville last year.

At +800 via DraftKings, Chastain obviously is a much better value than the driver who beat him to the finish line last year.

With his third-place finish June 5 at World Wide Technology Raceway at Gateway, Kurt Busch scored two bets for us at excellent odds.

Though Busch was off his game June 12 on the road course at Sonoma Raceway, we like him in his return to the Nashville oval, where he finished ninth in 2021.

For a driver who has already won a race this year, Busch is ridiculously undervalued at +2500 to win via DraftKings. We advocate that bet, plus bets to Busch to finish in the top three (+700) and top five (+300).

Tennessee Lottery 250 Predictions, Picks, Betting Odds (Xfinity Series)
Will Saturday’s race at Nashville Superspeedway go to an Xfinity Series regular or a part-timer with lots of seat time? Our analysis is here.
NASCAR 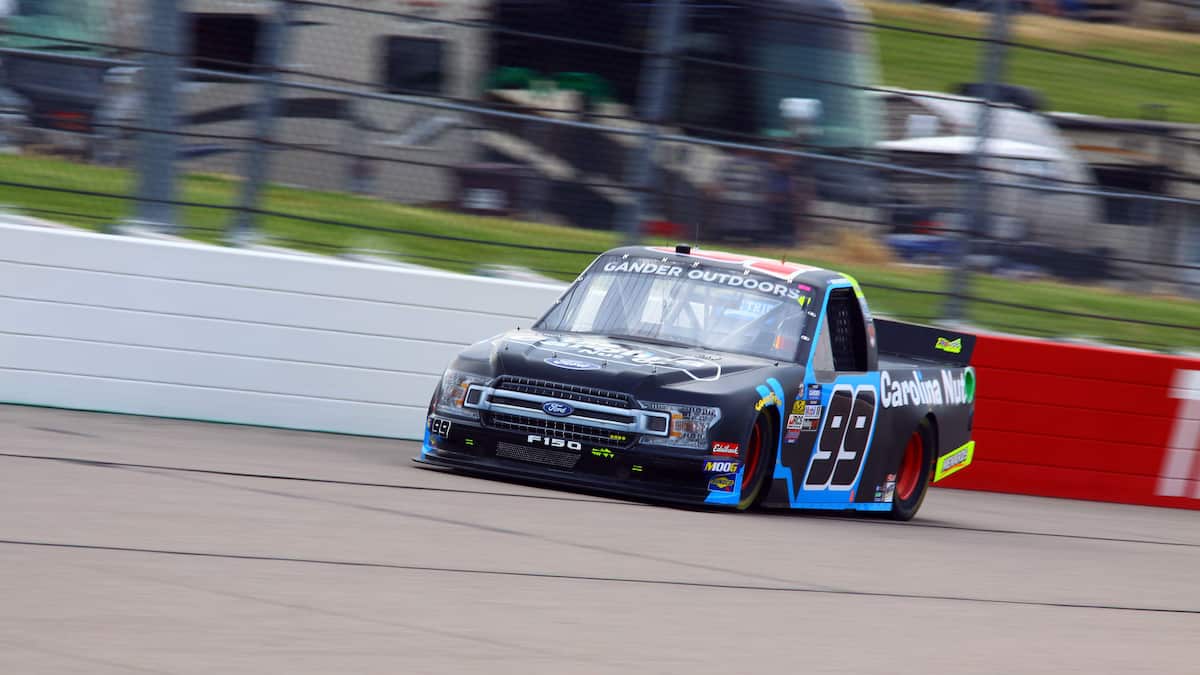 Clean Harbors 150 (Truck Series): Can Ben Rhodes Win Twice in the Same Season?
Can the NASCAR Truck Series regulars beat a dirt-track ace in Saturday’s race at Knoxville, Iowa? We give you the rundown here.
NASCAR
Show more