As the lone NFL team in New York State, the Buffalo Bills always attract more than their fair share of sports betting action. Dating back to 1960 the Bills were originally part of the AFL and officially joined the NFL when the two leagues merged in 1970.

Since then the Bills have won two Super Bowls and a respectable number of conference and division championships.

This article is going to touch on everything you need to know to make more winning bets on the Bills this season.

The Buffalo Bills were founded in 1960 as a charter member of the American Football League. The franchise won back to back AFL Championships in 1964 and 1965 before the AFL merged with the NFL in 1970.

From 1990-1993, the Bills made the Super Bowl every single year, remarkably losing each time. In 2007, the Bills snapped an 18-year playoff drought, ending what was the longest active slump at the time. The franchise’s most recognizable players include Jim Kelly, Thurman Thomas, and Bruce Smith. 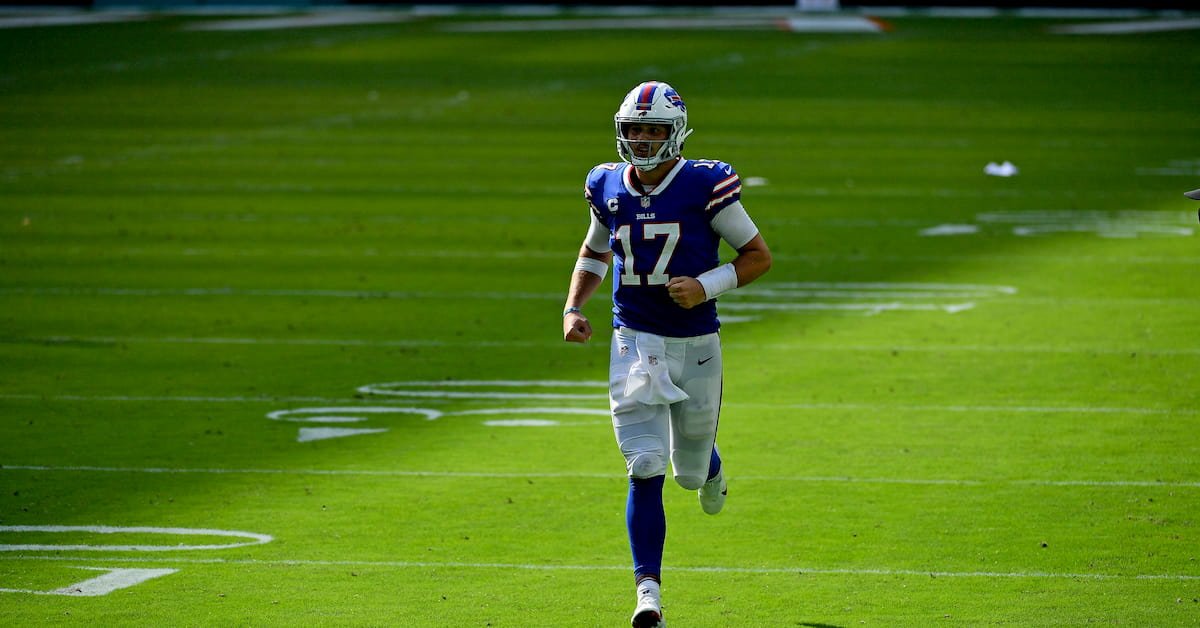 Los Angeles Rams vs Buffalo Bills Predictions, Odds & Picks
Here are our predictions, odds and picks for this Week 3 AFC battle between the Houston Texans and the Pittsburgh Steelers.
NFL

How much are the Buffalo Bills worth?

During the 2017 season, the Bills organization generated $364 million in revenue and Forbes estimates the business to be worth $1.6 billion.

Who owns the Buffalo Bills?

The Bills are owned by Terry and Kim Pegula.

When did the Buffalo Bills become a team?

Have the Buffalo Bills Won a Super Bowl?

No, the Bills have not won a Super Bowl.

What stadium and city do the Buffalo Bills play in?

Since 1973, the Bills have played at the New Era Stadium, located in Orchard Park, New York.

Where do the Bills have training camp?

What is the Buffalo Bills mascot?

Billy Buffalo is the official mascot of the Buffalo Bills.

What are the Buffalo Bills team colors?

Tips for Betting on Buffalo Bills

2018 was an up and down season for the Buffalo Bills. On the positive side, the Bills may have found a future star quarterback in Josh Allen, filling a position that’s been in a state of flux for decades. On the flip side, the team ended the year with a record of 6-10, finished 30th in points per game and came third in the AFC East.

The Bills’ most important offseason acquisition will likely end up being their first round draft pick, DT Ed Oliver, who fortuitously fell to the Bills at ninth overall. On the offensive side of the ball, the team still lacks elite-level playmakers and fields one of the league’s worst receiving records, which could make life difficult for Josh Allen in his sophomore season.

Despite question marks on both sides of the ball, the Bills still have their sights on a spot in the postseason. Their best opportunity is most likely through the wildcard as they don’t have the weapons to threaten New England’s reign atop the AFC East.

]The bottom line is that the Bills will only go as far as Josh Allen can take them. In terms of betting stats, in the 11 games Allen started last season the Bills only hit the over four times but covered the spread more than half the time (6-5).

The Buffalo Bills are reaching the end of a big rebuild and are hoping to make significant strides in Josh Allen’s second year. While it may be a longshot, the Bills hope to win their first AFC East title since 1995 and unseat the Patriots in the process.

While sports betting is currently not legal in New York, the state has legislation in the works that may pass during 2020. Should the bill pass it’s likely that four land-based casinos will offer legal wagering for New Yorkers.

Luckily for punters in New York City, a legal betting market already exists right across the river in New Jersey.