Originally slated to face Alexander Volkov back in November of last year, Junior dos Santos was forced to take some time off due to a bacterial infection in his leg. The former heavyweight champion is now at full health as he looks to get back into the win column.

After serving a one-year USADA suspension, Junior dos Santos returned to the UFC in a big way. He defeated Balgoy Ivanov by unanimous decision in his comeback fight and then went on the defeat both Tai Tuivasa and Derrick Lewis by second-round TKO. Unfortunately, he was paired up against the hard-hitting Francis Ngannou in his last fight and was knocked out in the first round of their bout last June.

The Brazilian-born fighter is known for his crisp boxing, which he trains with coach Luiz Dorea. Working with American Top Team, dos Santos also boasts a black belt in Brazilian jiu-jitsu under Yuri Carlton. He is a former UFC champion and has been fighting since 2006. He is currently ranked as the fourth-best heavyweight in the world.

Curtis Blaydes was on a four-fight winning streak when he was given a chance to avenge his 2016 doctor’s stoppage loss to Francis Ngannou. Unfortunately for Blaydes, he suffered a first-round TKO defeat. Fortunately, however, Blaydes bounced back and is currently riding a two-fight winning streak. He defeated Justin Willis via unanimous decision and most recently defeated Shamil Abdurakhimov via TKO at UFC 242 last September

The Illinois native is known for his wrestling prowess and possesses NJCAA wrestling credentials. He trains with the Elevation Fight Team and will come into this bout with a three-inch reach advantage. He has been fighting professionally since 2014 and ranks one spot ahead of his opponent as the third-best heavyweight in the UFC.

A legend of the sport, Rafael dos Anjos hasn’t had the best of luck in recent years. He has gone just 1-3 in his last four fights. With that said, all four of those fights were against high caliber opponents. After winning three in a row, dos Anjos lost a decision to former title contender Colby Covington. He lost his next fight to the current champion Kamaru Usman. Dos Anjos bounced back, submitting Kevin Lee in their fight last May but, in a quick turnaround, dos Anjos fought, and lost to, rising star Leon Edwards last July by unanimous decision.

The Brazilian fighter is a southpaw with a black prajied (belt) in muay thai and a third-degree black belt in Brazilian jiu-jitsu. He has been fighting at welterweight since 2017 and trains with Evolve MMA. He is a former UFC lightweight champion and is currently ranked as the fifth-best welterweight in the promotion. He has notable wins over Robbie Lawler, Nate Diaz, Anthony Pettis, and Donald Cerrone twice.

Like his opponent, Michael Chiesa is a former lightweight division contender. He made the jump to welterweight in 2018 and has gone 2-0 since changing weight classes. He made his welterweight debut against former interim champion Carlos Condit at UFC 232. Chiesa won the bout via second-round kimura submission. He then challenged Diego Sanchez at UFC 239 last July and won the contest via unanimous decision.

Chiesa comes into this fight with all the physical advantages. He is younger, five inches taller, and has a five and a half inch reach advantage. The Washington native spends his time training with Sik Jitsu Fighting Systems and Team Alpha Male. He has a purple belt in Brazilian jiu-jitsu under James Weed. Chiesa is a former Ultimate Fighter show winner and he has been fighting professionally since 2008. He is unranked in the welterweight division.

Both Nik Lentz and Arnold Allen were originally scheduled to face other opponents but when Lentz’s original opponent Nad Narimani and Allen’s opponent Josh Emmett were forced to pull out, the UFC matched the two healthy fighters up against one another.

Nik Lentz has had many ups and downs throughout his UFC career in the sense that as soon as he seems to get some momentum, he is suddenly derailed by another fighter. This happened once again recently as Lentz had strung two wins in a row together against Gray Maynard and Scott Holtzman only to be defeated in his last fight against Charles Oliveira. That fight took place on May 18, 2019. Lentz lost via TKO in the second round.

The UFC veteran is mostly known for his grappling skills. Lentz has NCAA Division I wrestling credentials as well as a purple belt in Brazilian jiu-jitsu. He trains at the Minnesota Martial Arts Academy as is a former pupil of the American Top Team gym. He has fought across three different weight classes in his fighting career, which he started in 2005.

Arnold Allen’s fight against Nik Lentz will be his seventh appearance in the Octagon. Allen has thus far gone undefeated since joining the promotion, holding a 6-0 UFC record. He has only one professional loss to date. Allen’s most recent fight was last July at UFC 239. Allen defeated MMA veteran Gilbert Milendez via unanimous decision.

The British fighter comes into this fight ten years younger than his opponents and with a two-inch reach advantage. He trains with both BKK Fighters when in the UK and with Tristar Gym when in Canada. Like Lentz, he has a purple belt in Brazilian jiu-jitsu. He also has an undefeated 3-0 professional kickboxing record.

Jordan Espinosa entered the public eye back in 2018 when he fought on Dana White’s Contender Series. Espinosa fought Rilley Dutro and defeated him by knockout in the final two seconds of the bout. Since then, he has gone 1-1 in the UFC promotion. He won his debut fight but most recently lost against Matt Schnell via first-round triangle choke in the summer of 2019.

Alex Perez also made his first UFC appearance via the Contender Series. Since his appearance, Perez went on to win his first three fights in the UFC, including a win over Jose Torres at UFC 227. He suffered his first loss in the promotion to title contender Joseph Benavidez in 2018 but bounced back in 2019 when he defeated Mark De La Rosa via unanimous decision.

Perez is younger than his opponent but will be at a height and reach disadvantage. Born in the United States, Perez with Team Oyama in California. He is known for his boxing and grappling and has been fighting mixed martial arts since 2011.

This will be Hannah Cifers fourth appearance in the UFC octagon. She debuted in 2018 against rising star Maycee Barber and was defeated via TKO in the second round. Since then, Cifers has bounced back with back-to-back decision victories over Polyana Viana and, most recently, Jodie Esquibel.

”Shockwave” is an American-born fighter who trains out of Oxford, North Carolina. She has been fighting professionally since 2013 and is currently unranked in the UFC strawweight division.

Since joining the UFC in 2017, Angela Hill has traded wins and losses. Hill lost her UFC debut against former champ Jessica Andrade. Since then, she has put up a UFC record of 4-5. Her last bout was in September 2019. Hill defeated Ariane Carnelossi via doctor’s stoppage TKO in the third round. She has yet to win back-to-back fights in the promotion.

Hill will have advantages in experience, height, and reach. “Overkill” is known for her striking, most notably her muay thai and kickboxing. She is a southpaw fighter and is a former World Kickboxing Association champion.

Fighting out of Michigan, not much is known about Jamahal Hill. Currently riding a six-fight winning streak across the independent circuit, Hill was last seen on Dana White’s Contender Series. Appearing on the show in July of 2019, Hill defeated Alexander Poppeck via TKO in round two. This will be Hill’s UFC debut.

Since winning his UFC debut back in 2018, Darko Stosic currently finds himself riding a two-fight losing streak. He dropped both of his 2019 bouts via unanimous decision to fighters Devin Clark and Kennedy Nzechukwu. The Serbian-born fighter is looking to get back into the win column.

Stosic comes into this bout with the height and age advantages as well as more experience. He will, however, have a three-inch reach disadvantage. Heavily disciplined in judo, the Serbian fighter trains in his home country with MMA Redstar. He has been active in MMA since 2012 and is currently unranked by the UFC.

It should be noted that a co-main event bout between Frankie Edgar and Cory Sandhagen was set to take place on this card. However, when Brian Ortega withdrew from his bout with Chan Sung Jung late last year, Frankie Edgar stepped in as a replacement. A replacement opponent for Sandhagen was not found and the UFC canceled the fight.

Bet On UFC With These NJ Sportsbooks 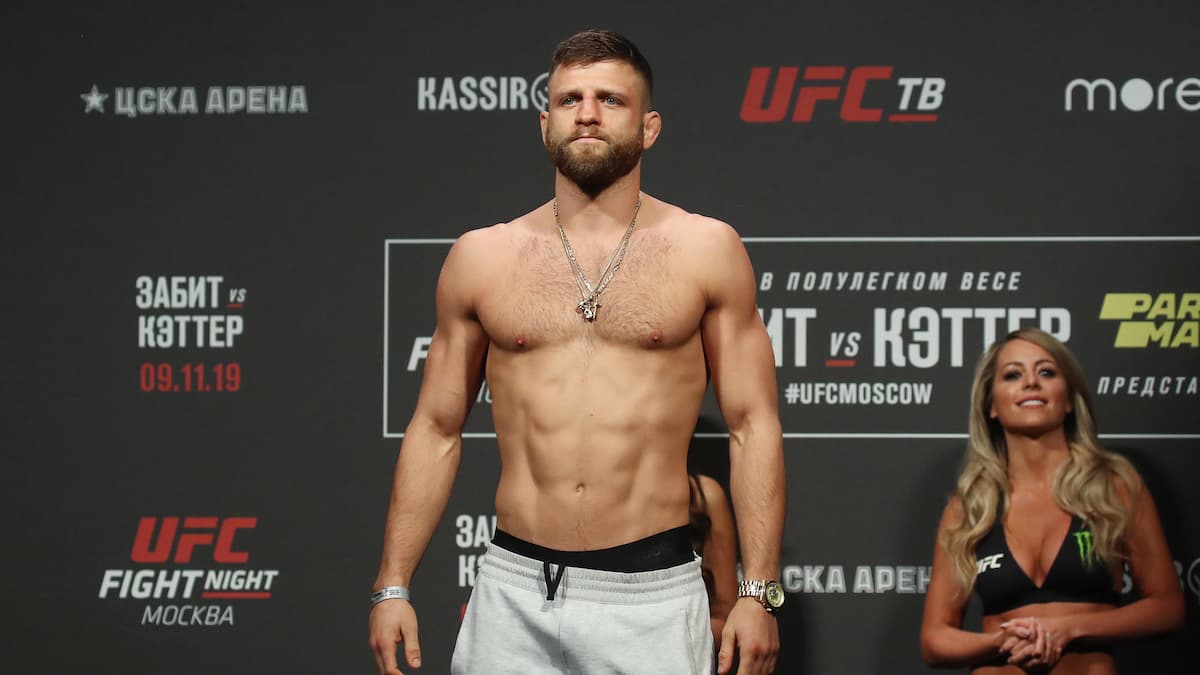 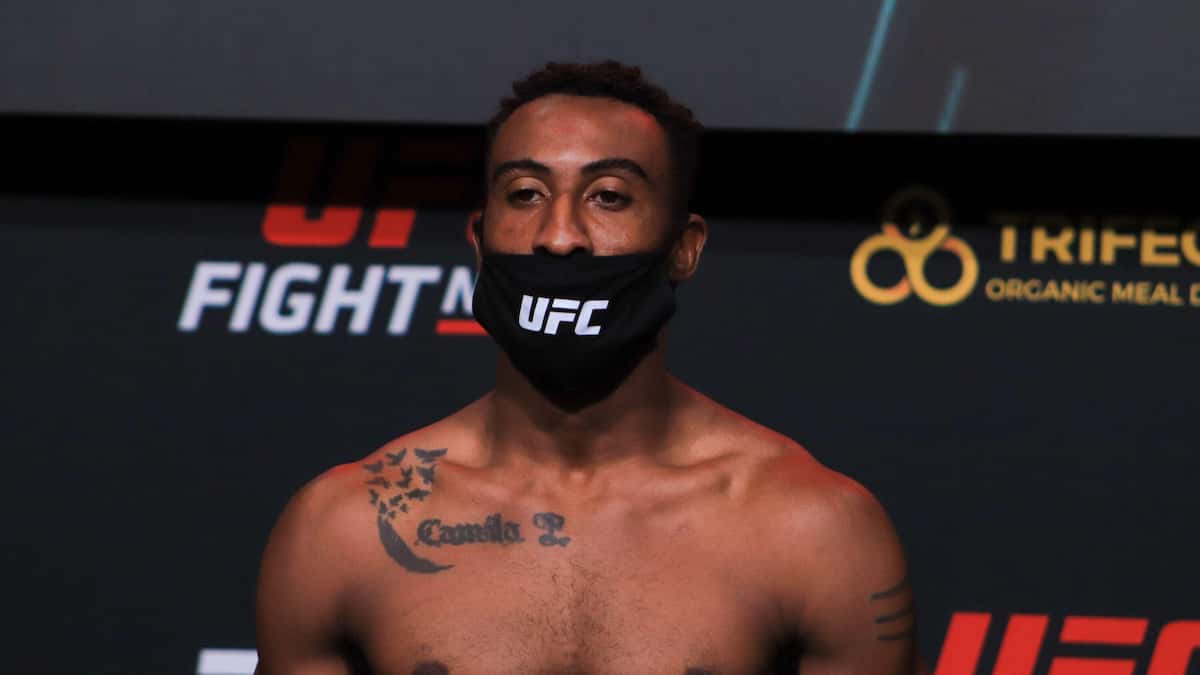