Carlos Ulberg is on the same path as his City Kickboxing teammate and current UFC middleweight world champion Israel Adesanya, as he is now competing in MMA after his rather short kickboxing career. In terms of striking ability, he is top tier and there is not much room for improvement there, however he currently lacks the grappling ability needed to face elite level MMA fighters. With that being said, we should start to see a gradual improvement in the grappling department as this is the only weakness in his game. He started off his UFC journey as many do nowadays, with a contender series win over Bruno Oliveira where he won by first round knockout. He was then defeated by Kennedy Nzechukwu by second round KO in his promotional debut. In his most recent fight at UFC 271, he dominated Fabio Cherant to win a unanimous decision.

Tafon Nchukwi also earned his contract on the contender series. His head kick knockout over Al Matavao is one of the scariest KO’s in the series history and his opponent remained unconscious for several minutes after the kick. He then went on to win his UFC debut vs Jamie Pickett via unanimous decision. It’s been a little bit up and down for Nchukwi since then as he lost his next fight via majority decision to Jun Yong Park before winning a unanimous decision over Mike Rodriguez in the following bout. His most recent fight did not go his way, as he lost via flying knee KO in round three vs Azamat Murzakanov. It’s also noteworthy that Nchukwi secured a first round KO win over William Knight at CFFC 80 before his UFC journey even began. He has also been working on becoming a more well rounded mixed martial artist and should be looking to mix it up and change levels on his opponent to secure a win.

Shayilan Neurdanbieke is a long time MMA veteran who joined the UFC in 2021. He debuted in a fight vs Joshua Culibao where he lost by unanimous decision. He would win his next fight vs Sean Soriano by unanimous decision. Soriano however, lost all five of his fights in the UFC, therefore it’s hard to gauge Shayilans talent based on this win.

TJ ‘Downtown”’ Brown is currently on the brighter end of a mixed bag of results which he has had so far in the UFC. He impressed Dana White and earned himself a UFC contract in his contender series fight vs Dylan Lockard where he won via submission in the third round. His UFC debut didn’t go as planned however as he lost to Jordan griffin by third round submission. He also lost the following fight to Danny Chavez by unanimous decision, but since then he has beaten Kai Kamaka III and Charles Rosa consecutively.

Raulian Paiva has shown flashes of brilliance in his UFC career so far with wins over Mark De La Rosa, Zhalgas Zhumagulov and Kyler Philips, who are all high level fighters. His UFC losses came against some of the best fighters in the bantamweight division, including Kai Kara France, who will be fighting former champion Brandonn Moreno for the interim UFC flyweight title later this year. He also lost to Rogerio Bontorin and “Suga” Sean O’Malley most recently where he was finished in spectacular fashion by the young UFC superstar. He is a scrappy fighter who doesn’t shy away from wild striking exchanges, while this works against most opponents he faced, it doesn’t work against everyone, however this young fighter has many years ahead of him where he can develop his game.

Sergey Morozov is a very exciting fighter to watch and just like his opponent, always puts on a show for the fans. His UFC debut didn’t go his way, but nonetheless he managed to make it to the second round when he faced Umar Nurmagomedov before getting submitted with a rear naked choke. He then went on to defeat Khaled Taha by unanimous decision, before losing his most recent fight to Douglas Silva De Andrade in a spectacular match where he was very close to finishing his opponent multiple times. This has fight of the night potential written all over it, and given the styles of both opponents it’s likely this one won’t go the full distance.

Both of these fighters have had a difficult run so far in the UFC. South African fighter JP Buys is yet to win a fight, having lost two in a row to Bruno Silva by second round KO and Montel Jackson by unanimous decision. Previous to his contender series opportunity, Buys went 8-2 in the regional MMA scene but did not defeat any opponents of a high caliber during that time in his career. Buys is an extremely exciting fighter to watch, because whenever he wins its always via finish and it usually comes early in the fight. However, something that tends to be a common theme in his losses is the fact that he uses most of his energy in round one to look for a finish and ultimately ends up gassing out and getting finished or losing the remaining rounds on points.

Cody Durden had a similar run on the regional scene before joining the UFC and also mixed it up a little bit with kickboxing and boxing matches, in between his MMA fights. His first fight with the UFC ended up in a draw to Chris Gutierrez, not the ideal debut. Following the draw, he suffered his first UFC loss to Jimmy Flick by first round flying triangle choke, before going on to win a unanimous decision over Aoriquileng in his next fight. He took a huge gamble which ultimately did not end up paying off when he faced the highly touted british prospect Muhammad Mokaev at UFC London. He ended up losing that fight by first round submission but it showed that he is not scared to face any opponent at this stage of his career. Durden’s Stamina and striking ability are his biggest attributes, and if he can survive the first round barrage from Buys, he could easily win the following two rounds and cruise to a decision win.

Brian Kelleher has been competing in the UFC’s bantamweight division since 2017 and has some excellent wins on his record, as well as losses to elite level fighters. His last fight, where he took on Umar Nurmagomedov and lost by armbar in round one, is a perfect example of that. When no one else wanted to face such a formidable opponent, Kelleher stepped up to the plate and took a shot at the undefeated Dagestani fighter, but was ultimately dominated in the grappling department. He is an excellent and precise striker who can mix it up and sinch in submissions too if the opportunity presents itself and also has the stamina to go all three rounds and win a decision.

Mario Bautista had a nightmare matchup in his UFC debut where he faced Cory Sandhagen who defeated him by armbar in round one. After that he went one to put together a two fight winning streak where he defeated Jin Soo Son by unanimous decision, followed by a second round flying knee to ground and pound knockout win vs Miles Johns. Trevin Jones put a stop to the streak when he defeated Bautista by second round knockout, however since then Bautista secured a unanimous decision win over Jay Perrin in his most recent fight. Bautista has what it takes to win the grappling exchanges in this fight and also has the skill set to win most of the striking exchanges in this matchup. The age difference will also come into play in this matchup as Kelleher seems to be a little slower than he used to be when he started his UFC run.

Vanessa Demopoulos stunned MMA fans all over the world with her performance at UFC 270 where she submitted Silvana Gomez Juarez in round one, before following it up with a thoroughly entertaining post fight interview with Joe Rogan which went viral and skyrocketed her popularity. She had a few tough losses leading up to her first UFC win however, as she lost to Cory McKenna by unanimous decision on the contender series, followed by a majority decision loss to Lupita Godinez over at LFA. After defeating Cynthia Arceo via round 1 KO in LFA, she made her UFC debut, where she lost to JJ Aldrich by unanimous decision. “Lil Monster” is super dangerous in the first round which is where she wins most of her fights but tend to slow down as the rounds progress.

Jinh Yu Frey is currently on a two fight winning streak after defeating Gloria De Paula and Ashley Yoder, both by unanimous decision. Not long before these recent victories, Frey was on a two fight losing streak where she lost to Kay Hansen by armbar submission in round 3, followed by an unanimous decision loss to Loma Lookboonmee. Nowadays she has shown an ability to be patient, and adapt to anywhere the fight goes and win rounds. If she is too patient in round one however, this may work against her as Demopoulos will be seeking an early finish.

Vanessa Demopoulos by submission in round 1 (+1700) 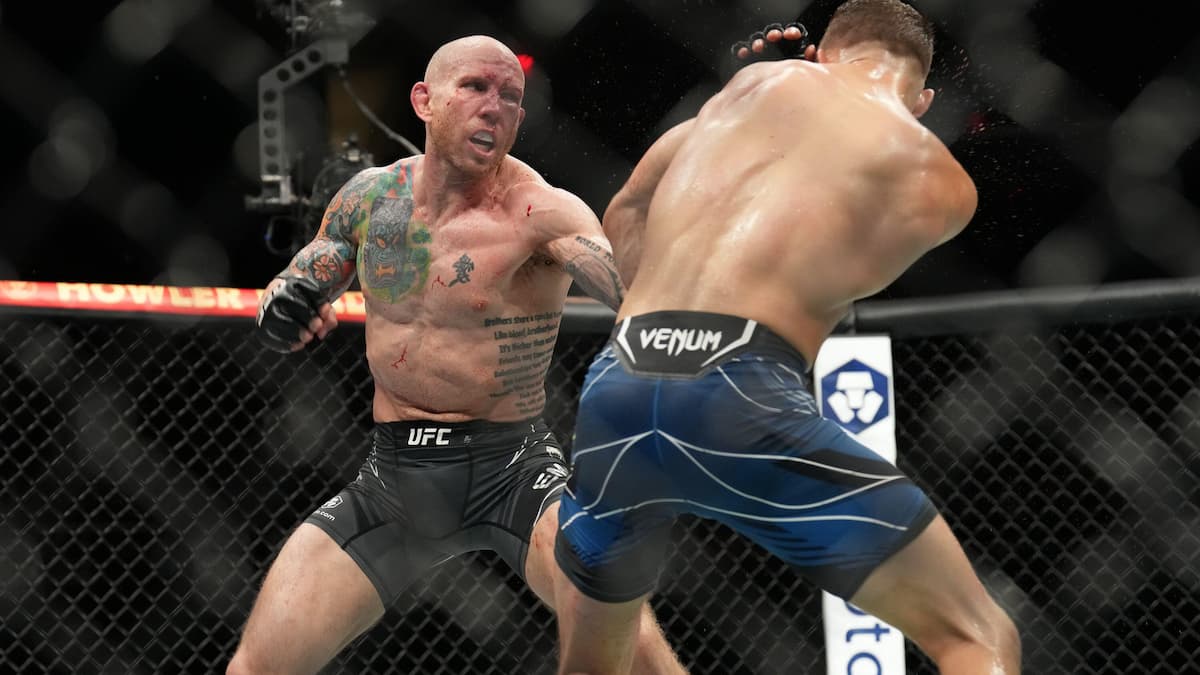