If you're playing only to win, go with my longshot pick Wendell Fong (10/1)

Check out our predictions and odds for the 2020 Bold Ruler Stakes at Belmont Park!

In a race which was won last year by Maximum Security on his way to a 3-year-old championship, a half-dozen older sprinters will line up at Belmont Park on Saturday for the Grade 3 Bold Ruler.

Returning off a sizable layoff in the 7-furlong affair will be the graded stakes winner Phat Man. The Munnings gelding has not raced since finishing a solid second behind Mr. Freeze in the Gulfstream Park Mile (G2) back in February. Before that, he was a stylish come from behind winner of the Grade 3 Fred Hooper, also at Gulfstream Park.

Chef among his competition will be the lone speed of Share the Ride. The son of Candy Ride comes in off a third-place finish behind Firenze Fire in the Vosburgh, and before that he blitzed his competition in a stakes race on the Jersey Shore.

Another strong contender on Saturday is the stakes-winning Majestic Dunhill. The George Weaver trained horse is coming off a sharp second over the track and is a regular workmate of one of America’s top horses, Vekoma.

How to Watch the Bold Ruler Stakes

The consistent late runner looked better than ever this winter when winning once and running second twice against solid graded stakes competition in South Florida. The problem is that he has not run in 9 months. On the bright side, he had a sharp 3-furlong blowout on Sunday. Still, this looks like an only prep for him for the Grade 1 Cigar Mile next month, and one that he does not need to win. He could find the winner’s circle in class, but I believe he is vulnerable in this return. He will need to come back in sharp form and at a distance shorter than his optimal. As the favorite, I will take a shot against him.

The only true speed horse in the field is a big danger to take this bunch all the way around. His win two starts back in the Mr. Prospector at Monmouth Park were excellent and may only need to duplicate that effort to win on Saturday. The distance of the Bold Ruler could be a stumbling block for this son on Candy Ride, though, as he has done his absolute best running going shorter. He wasn’t able to carry his speed last time in the 6 furlong Vosburgh (G2), but that came against better horses. This looks to be a wide-open race, but he may be the one to beat.

A stakes winner at 7 furlongs, he has plenty of experience at the Bold Ruler’s tricky distance. He has plenty of strong efforts at the trip, but usually coming from far back. That might be tough on Saturday, in a small field without a lot of early speed. The good news is that he showed much more speed in his latest when just missing in a tough allowance heat. Staying in touch early could be the key to his chances in the Bold Ruler. Because of his good showings at the distance, he is another one with a big shot in here.

The winner of the Mucho Macho Man early in his 3-year-old season, this son of Cairo Prince has not yet lived up to expectations. Still, he is a pretty consistent rallier, who runs plenty of good races. He’ll need to improve a little bit off his prep for this last month, but on the other hand, he might not need to jump way up to earn his first stakes win since January of 2019. A contested pace would help his chances, but I’m not sure he will get that on Saturday. I have mixed feelings about this colt who has back class.

Has compiled a very solid career with 13 wins from 37-lifetime starts. Another who does his best running from behind, all of those wins have come against cheaper, however. Having said that, this is not a strong race as graded stakes go, and his sharp win two starts ago at Laurel at the 7-furlong distance would put him in with a real shot here. I like others better, but you must respect a horse who likes to win.

He’s bounced from barn to barn of late, but now with trainer Natalia Lynch, he picks up one of the hottest riders in the country in Luis Saez. Couple the aggressive riding of Saez with his natural tactical speed and this one should be ready to take the race to Share the Ride in the early stages this time around. His two races off the layoff are not stellar, but they are good enough to believe with a little improvement, he can compete with this bunch. Also, the return to Belmont, where he ran two very good races last year, should help. As the longest shot in the field, I think he has a big chance to pull the upset. 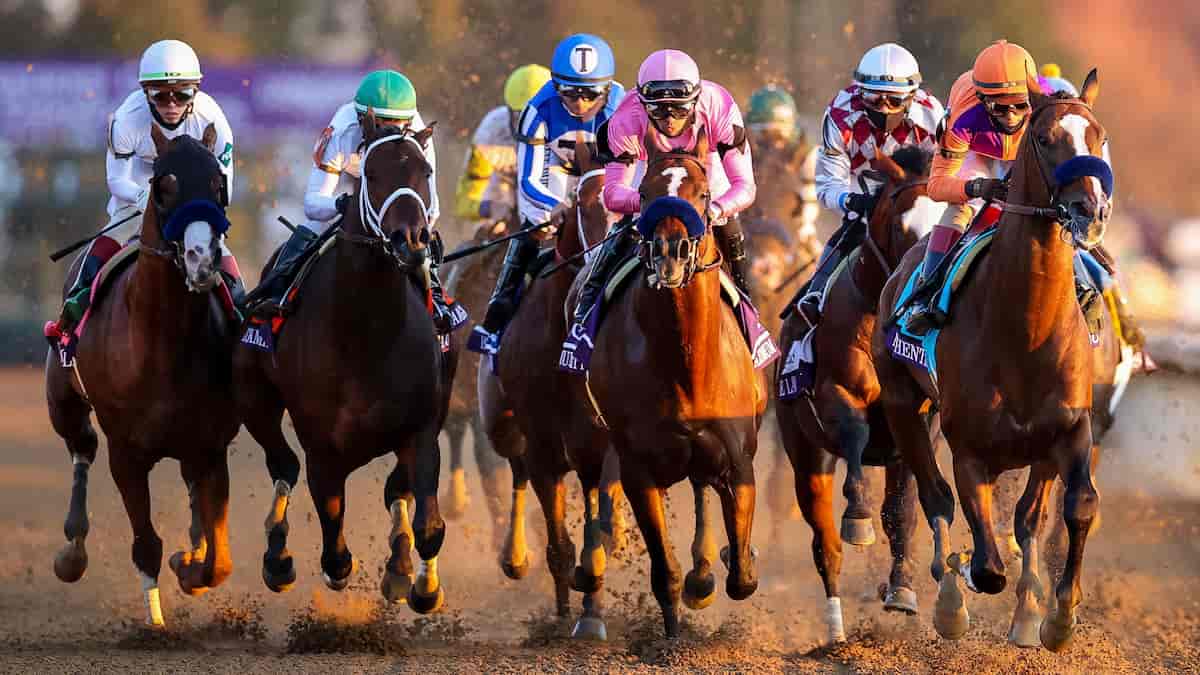