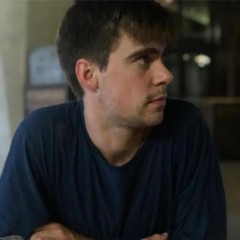 I’ve decided to take the Mariners ML as an underdog and parlay it with the Yankees RL at plus-money to produced a potentially massive payout on a two-leg parlay.

Let’s break it down.

I believe the Mariners to win today. The lineup is clearly hitting well after putting up a monster number of runs on Justin Verlander in Game 1.

The Mariners will also go to Luis Castillo today, who is clearly the best pitcher on the staff and twirled a gem in the Wildcard round against the Blue Jays. Him and the M’s offense have all the momentum last night.

That momentum hit a speed bump when Seattle blew a late lead yesterday, but I don’t expect the Mariners to let that kill how well the team is playing.

Houston starter Framber Valdez is one of the best southpaws in the game. However, the Mariners are really good against LHPs, so I believe this advantage is neutralized.

All-in-all, I believe there’s some value on the Mariners ML at the current plus-money price. I’d make this game closer to a pick ‘em.

The Yankees should dominate the Guardians today.

It’s clear that Cleveland’s lineup is bad. The Guardians failed to post significant batted-ball statistics, winning games by simply putting the ball in play, and are now struggling against Postseason level pitching. The Gaurds have scored four total runs in their three postseason games.

Meanwhile, the Yankees have a clear matchup advantage over Shane Bieber. Bieber’s batted ball statistics aren’t good and the Yankees are the hardest-hitting team in MLB. Bieber allowed seven runs in less than five innings the last time he played the Yankees, which happened to be in the MLB postseason.

The Yankees will start southpaw Nestor Cortes, who pitched to an ERA under 2.50 this season and will shut down the Guardians lineup while the Yankees put up at least a couple of runs on Bieber and the Guardians bullpen.

Where Can I Bet on MLB Games Legally?

World Series Game Five: Phillies Have Opportunity to Take Lead With a Win at Home

Tanner has been betting daily for a decade, and he has joined the World Sports Network team to handicap his first love – baseball. He’s been in the content industry for almost five years now, having written about everything from Canadian Football to College Basketball for outlets like The Action Network and Forbes. He’s a former Division-I alpine ski racer (in Canada) who now obsesses over good beer and betting home underdogs.