Odds taken from BetMGM sportsbook. Have a look at our full review of BetMGM for such details as payment options, bonuses, mobile betting and more.

Trevor Bayne to finish in the top three at +220

If you would like to learn more about how to bet on NASCAR, take a look at our guide, here!

New Hampshire Motor Speedway, site of Saturday’s Crayon 200, is a one-mile track, but it drives like a short bullring because the corners are so flat.

In addition, the use of traction compound on the racing surface—and its location on the asphalt—will have a lot to do with drivers’ ability to find grip on the Magic Mile.

As uncertain as the outcome is, we think Josh Berry’s obvious short-track skills will come into play on Saturday, and we favor the driver of the No. 8 JR Motorsports Chevrolet to win the race at the very reasonable price of +600, via BetMGM.

Berry has two victories to his credit this season, and he’s coming off consecutive third- and second-place finishes at Road America and Atlanta, respectively.

He also had a third-place run at Phoenix in March, and that’s the track that most closely resembles New Hampshire in terms of its driving characteristics.

William Byron has experienced the sort of turnaround no driver wants. After picking up two victories in the NASCAR Cup Series this season, Byron has fallen on hard times—with the lone exception of his non-NASCAR late model win in the Slinger SuperNationals.

Since his second victory of the year at Martinsville, Byron has posted just one top 10 and no top fives in NASCAR’s premier division and has fallen from third to 10th in the standings.

Consequently, it’s a good time for Byron to moonlight in the Xfinity Series to try to regain some of his lost performance.

Unfortunately, we don’t think New Hampshire is the venue for him to do that. Though he finished second in his only Xfinity start so far this season (Texas), he had a mediocre run in the Cup at Phoenix, another one-mile flat track.

Hence, we’re not buying Byron as the favorite at Loudon, particularly at the stingy price of +275.

With Christopher Bell Absent, Chances Are Much Better for Justin Allgaier

Christopher Bell is competing only in Sunday’s Cup race, and that’s great news for Justin Allgaier, who finished second to Bell on the Magic Mile last year.

With his dirt-racing background, Allgaier is adept at sliding his No. 7 JRM Chevy through flat corners, a useful trait at New Hampshire.

That’s why he’s our second choice at +550. Last week we gave you Austin Hill as our favorite long-shot pick—and he came through with a victory.

Just because we’re enamored with the JR Motorsports drivers this week, however, doesn’t mean we can’t look elsewhere for a good bet.

Trevor Bayne will be making his sixth start in the No. 18 Joe Gibbs Racing Toyota this season. In his previous five races, he posted three top fives—a second, third and fourth. We like him to finish in the top three in the Crayon 200 at +220.

How to Watch the Crayon 200 Pennzoil 150 at the Brickyard: It’s All About Finishing a Race in One Piece
It’s good to be king of the road courses, a distinction that belongs to AJ Allmendinger. Can anyone beat the Dinger at Indy on Saturday? Our analysis is here.
NASCAR TSport 200: Zane Smith Leads the Pack
If you like a driver named Smith in Friday night’s NASCAR Camping World Truck Series Playoff opener at the Indy short track, you have more than one chance to win.
NASCAR M&M’s Fan Appreciation 400 - Will Ryan Blaney Assure a Playoff Spot?
Toyota drivers have won seven of the last nine NASCAR Cup races at Pocono, but does that make them favorites to win on Saturday? Our analysis is here.
NASCAR
Show more 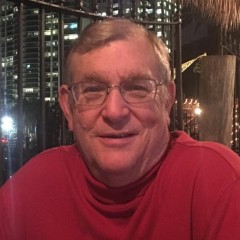