John Millman to beat Alexei Popyrin at +100 at Caesars Sportsbook

Over 1.5 tie-breaks in Nicolas Jarry v Pedro Martinez at +850 at FanDuel

Over 12.5 games in first set of Nicolas Jarry v Pedro Martinez at +310 at DraftKings Sportsbook

There are two facts to look at ahead of this match that point the way to the best wager.

One – Millman is the underdog; Two – he’s the one bringing a 4-0 head-to-head record into this clash.

To me, that doesn’t really compute.

OK, Popyrin has the bigger serve, something which should suit the conditions in Atlanta, but Millman is a player who gets plenty back and he won’t be cowed by his younger compatriot.

Popyrin is without a win on the main tour since Miami in March and while Millman’s form is hardly much better, I’m still finding it hard to make a case for him being the outsider in this one.

Fresh off his maiden ATP title in Hamburg, Musetti may be vulnerable in this contest in Umag, Croatia.

Bedene will be playing on his favorite surface in what is essentially his home tournament – he’s from across the border in Slovenia but he’ll be guaranteed plenty of support at the beachside ITC Stella Maris venue where he’s twice made the quarter-finals.

Conditions here will be considerably slower than those Musetti played in so well in Hamburg and with little time to adapt, he looks rather short in the betting.

What a match and what a moment for Lorenzo Musetti!

On his sixth championship point, the 20-year-old Italian is an ATP title winner 🏆#HamburgOpen pic.twitter.com/c3CJ9iTNE6


The fact that the Italian had never won a tour-level title before means even he won’t know how he’s going to react but one suspects the week’s effort will have taken something out of him mentally, if not physically too.

Bedene only lost 7-6 in the final set to Fabio Fognini last week and him to win a set at -110 looks like the wager worth taking here.

Moving on to the high-altitude conditions of Kitzbuhel, we find a match where tie-breaks look very much on the cards.

Jarry played seven breakers in eight sets in the Gstaad main draw last week, losing serve only once but breaking only twice himself.

Conditions at this event will be similar to those of last week and I think +110 about a tie-break looks a steal, especially when you also note that Martinez has seen a breaker in 10 of his last 18 matches.

There’s also an opportunity in the first-set tie-break market.

Over 12.5 games in the opening set is offered at +310 which looks big considering it’s landed in 10 of Jarry’s last 18 matches at all levels.

This type of bet might not be for everyone but the prices certainly look too big.

The standout lay of the seeds who get byes to the second round of this week’s tournaments is Reilly Opelka in Atlanta.

The American has the big serve which so many champions at the Atlantic Station venue have possessed but he’s also yet to go beyond the semi-finals and, more importantly, comes in on the back of a bad run that now stretches out over a few months.

He’ll hope a return to the North American hardcourts will kick-start his season and it may well do, but the likelihood is he’ll face Ilya Ivashka in his opening match this week and that could prove very tricky.

Ivashka also has a decent serve and notably played his best tennis of 2021 during this summer’s hard court swing, notching four top-50 wins and claiming the title in Winston-Salem.

The Belarusian should be raring to go after he was banned from Wimbledon and I can see him trading blows with Opelka in a big-hitting match, one for which he’s likely to be a decent underdog.

John Isner looks hard to oppose at this week’s Atlanta Open, an event he’s won six times in the past, including last season.

The American veteran now holds a 36-5 win-loss record in Atlanta where the hot conditions help his booming serve fizz, which the court surface also kicks up enough to allow his crunching forehand to wreak havoc too.

In 11 visits, Isner has only lost before the final twice and a decent draw gives him every chance of a return to the title match this year. 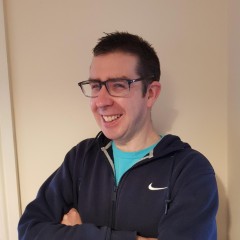