It’s pro football time again as the NFL’s 2022 regular season is about to kick off on September 8 when the Las Vegas Raiders fans get to watch their favorite team battle the Chargers in Los Angeles in Week 1, a tough start to an exciting season worth betting on, and you can start now.

This should be a thrilling season for this historic football franchise with plenty of chances to place some winnable wagers along the way, so let’s take a look at some of the best sportsbook promo codes for the Las Vegas Raiders and our top picks for the 2022 NFL season.

Caesars Sportsbook has a wide selection of NFL bets. Sign up and use our promo code ‘WSNFULL’ to get up to $1,250 in free bets.

This bet is for sports gamblers who believe the upgraded Las Vegas Raiders can win the next Super Bowl, a big ask for a team that hasn’t even been to the Big Game since the 2002 season when HC Bill Callahan lost Super Bowl XXXVII to the Tampa Bay Bucs by a score of 21-48.

The Raiders have won three Super Bowls – XI, XV, and XVIII – but that was almost four decades ago, and lately the team’s playoff appearances have been few and far between, this last run in 2021 ending in a Wild Card loss, same as the postseason run before that in 2016.

Now things are different in Vegas because the Raiders have HC Josh McDaniels at the helm, the former New England Patriots OC who trained under GOAT HC Bill Belichick, an offensive guru who now has WR Davante Adams on his roster, a superstar who can make a difference.

Many pro football fans will argue that WR Davante Adams is the best at his position in the league right now, the 29-year-old former Green Bay Packer who is a 5x Pro Bowler and a 2x First-team All-Pro along with being the NFL’s TD receiving leader during the 2020 NFL season.

Adams has yet to lead the NFL in receiving yards for a season, but this year could be the perfect time to bet that he will do is since he is being reunited with his Fresno State QB Derek Carr and he will have plenty of other talented receivers who will pull attention from the defenses.

Last season, Adams was 3rd in the NFL for receiving yards with 1,553 and the year prior he was fifth on the list with 1,374 receiving yards, and now fans have a chance to predict his best NFL season yet in Vegas as he and QB Carr rekindle a connection solidified in college long ago.

New customers have the opportunity to sign up to take advantage of an offer for up to $1000 in risk-free bets from BetMGM.

This bet requires a gambler who thinks that Carr will have his second best season yet for passing yards, his most so far last year with 4,804 yards through the air, though not once before that has he topped the total in this bet, a futures wager that seems doable given the situation.

The Raiders have a solid run game to offset their passing attack which is important to achieving a high passing total because if defenses are overly focused on what RBs Josh Jacobs and Brandon Bolden are doing out of the backfield, they can’t track the receivers quite as well.

One look at the Raiders receiving corps tells you that if everyone stays healthy throughout the season Derek Carr should have his pick of worthy targets to choose from but having Adams there to run his perfect routes is going to give this offense a pick-me-up that can’t be matched.

DraftKings Sportsbook is quickly becoming the largest sportsbook in the United States, and they got that way by offering amazing bonuses and promotional deals to new users! Sign-up for a chance to get a $1,000 deposit bonus.

One of the best tight ends in the league is the Raiders’ Darren Waller, a once troubled player who has turned his career around with discipline and hard work while becoming one of the better blocking and pass-catching players at that position, he’s a former Georgia Tech standout.

The 6’ 6” Waller weighs 255 pounds but he still runs a 4.46-second 40-yard dash, the type of speed and power that allows him to get open and battle for contested catches, and then when he gets moving he becomes almost impossible to tackle, a Pro Bowler who is a natural receiver.

In 2021, Waller caught two TD passes but in 2020 he caught nine, so the idea that he can catch at least six TD passes this season seems doable if he can get enough targets, which it would seem HC McDaniels could make happen the way he used to with the Pats’ TE Rob Gronkowski. 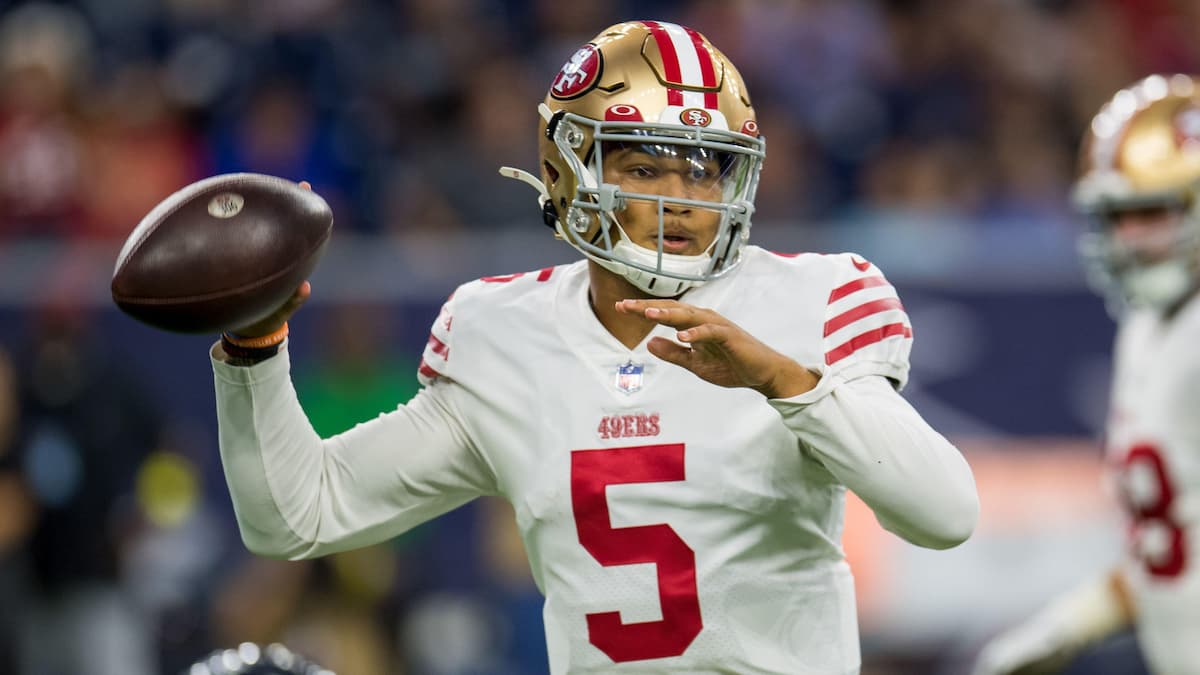 NFL Week 3 Picks Against the Spread: Predictions, Best Bets, Odds
The NFL’s Week 3 schedule is filled with plenty of exciting matchups worth betting on so here we share our best predictions, picks, spreads and odds.
NFL