The Barracuda Championship: Big Opportunity for Career Breakthroughs and Revivals

Odds from BetMGM. Sign up today to take advantage of a $1000 Risk-Free bet or check out more offers and promo codes for the best online sportsbooks.

The Barracuda Championship Picks and Predictions

Rasmus Hojgaard is the outright pick at +3300 with DraftKings

Sebastian Sodeberg top 10 at +1800 with DraftKings

Bet on The Barracuda Championship Here!

Originally known as the Reno-Tahoe Open, this tournament began life as an opposite field event to the WGC Bridgestone Invitational before taking on a similar role up against the Open.

It has also seen a move from Montreux G&CC in Nevada to new host the Tahoe Mountain Club high in California ski country.

It’s a dramatic spot and gets to witness the only event on the schedule that utilises stableford scoring.

In reality it doesn’t make a great deal of difference to the dynamic, but it does slightly favour more aggressive golf with an eagle worth five points, a birdie earns two, par nets nothing, a bogey loses a point and a double bogey or worse sees three points knocked off the card.

In the unlikely event of a double eagle (or albatross) then a player gets to notch eight points.

Recent editions have proved just how this tournament can transform careers at both ends of the spectrum.

Veteran Greg Chalmers won the 2016 renewal in his 386th start on the circuit, the highest number of starts among active members at the time without a win.

A year later Chris Stroud won in his 290th start – and he’d been planning to retire at the end of the season!

In contrast, major winners Gary Woodland (in 2013) and Collin Morikawa (in 2019) claimed their first success in the tournament.

The Old Greenwood Course is a par 71 at around 7,500 yards but it plays shorter because of altitude and that is a factor.

The ball flies further in the thinner air. Some golfers are flummoxed by the calculations required, but not last year’s winner Erik Van Rooyen who grew up playing at altitude in Johannesburg.

It’s a beautiful course with stunning views and holes that sneak through deep forest.

The layout was designed by Jack Nicklaus and, typically of his creations, there is width from the tee but approaches are tested.

The smart golfer will find the right side of the fairways in order to have the best angle of attack into the greens.

It’s got three short par-4s and the par-5s are all gettable, he said. Making eagles is massive. I think I made two this week.

Oddly enough, for all the funky format, the two winners on the course both used the most old-fashioned method of victory imaginable – they hit lots of greens in regulation and drained lots of putts.

Van Rooyen ranked third and second in GIR and Putt Average while 2020 winner Ricky Werenski was seventh and eighth.

Last year everyone who finished top five ranked seventh or better at hitting the putting surfaces and three were top six on them.

Rasmus Hojgaard is a 21-year-old Dane who has landed three wins on the DP World Tour with the last of them, last summer, coming at altitude in the Swiss Alps.

He also finished tied sixth in a PGA Tour opposite field event just like this one in the Dominican Republic and it represents a huge opportunity for him to make the leap to the biggest circuit in the golfing world.

And it gets better because he has twice finished third on Jack Nicklaus designs – Hanbury Manor and the London Golf Club.

If you throw in that he finished T10th last week in the Scottish Open he makes a compelling case and his price look a little inflated.

Canada’s Michael Gligic has made the cut in each of his last seven starts on the PGA Tour and in recent weeks has been suggesting that he can land a truly big result.

Two weeks ago he was T10th in the John Deere Classic and then last week he got off to a poor start, on the front nine of his opening round, but recovered to shoot 69, he added a second round 63 and was inside the top 10 at halfway.

He fell backward at the weekend to T21st, but if he can make a solid start he can contend for the win.

Soderberg Has a Head for Heights

Victory this week might be beyond Sweden’s Sebastian Soderberg but he has a formidable record at altitude and has to be backed for a top 10.

His second top five on the DP World Tour was high in the Madeira Island mountains, his first Challenge Tour win in Nairobi, he added a tied sixth there soon afterwards, he’s finished T11th in Johannesburg, he was T14th in Munich and his first main tour victory was in Crans-sur-Sierre at the European Masters.

All of them in thin air, just like this week’s action.

How to Watch The Barracuda Championship The Wyndham Championship: Korea’s Si-Woo Kim Is Still Superb on These Fairways and Greens
Fresh from another matchbet win our PGA Tour expert is favoring three-course specialists in the final regular event of the season.
GOLF 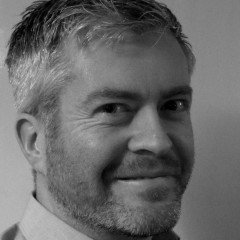 Matt Cooper has been a sports journalist since 2009 with his work appearing at ESPN, Sky Sports, NBC, Sporting Life and the Planet Sport Network among many others, in addition to guest appearances on the BBC and CNN. Although a specialist in golf, who has traveled the world to cover the sport, Matt has also covered rugby, cricket, football and the Olympics. Email: [email protected]