Columbus Crew vs New England Revolution: It Seems Like Hernandez Was the Missing Link for Columbus

Home/MLS/Columbus Crew vs New England Revolution: It Seems Like Hernandez Was the Missing Link for Columbus

Columbus Crew are on a steady run of form, now unbeaten in their last eight games in the MLS, and head into this match as the favorites against a New England Revolution side that haven’t won in their last four matches.

Despite having so many meetings against one another, there’s never been a red card in these games. Both sides have played 20 games so far with Columbus Crew four points ahead of New England Revolution, on 29 points.

The last meeting between these sides ended in a thrilling 2-2 draw in early May. It was a frustrating evening for the New England Revolution, who fought back after going a goal down early in the game thanks to a tap-in from Miguel Berry.

New England improved in the second half, looking threatening from the left flank. Two excellent crosses were first met by Dejuan Jones and in the 81st minute by Adam Buksa but an annoyed Bruce Arena had to watch his side let another team make a comeback when Erik Hurtado found the net in the 88th minute. The two sides aren’t that far off each other and little results like these will go a long way to deciding how the season will shape up.

Columbus Crew were comfortable winners against Cincinnati FC in their last game with a 2-0 victory. After making a slow start to the season, they now find themselves in 6th place on the table thanks to an unbeaten streak that goes back to a little over a month now. Cucho Hernandez was on the scoresheet and we’ll get to him in a while along with Lucas Zelarayan.

Find out the latest odds and predictions for MLS 2022 Outright Winner, here!

Columbus Crew Have a New Hero in Cucho Hernandez

The Columbian forward, still only 23 years old, has made one of the best starts in MLS history. He has scored four goals in his three games so far, being the eight player in MLS history to score in his first three matches for a side. His first three goals came off the bench but it doesn’t seem to matter if he’s starting games or coming off the bench, he’s getting on the scoresheet. The threat he’s offering makes Columbus Crew an entirely different side from the one they were just a month ago.

Hernandez joined Columbus Crew from English Premier League side, Watford, in June for a club-record $10.5 million transfer fee. If he goes on like this, Columbus Crew should be guaranteed a playoff spot.

The Defensive Record Doesn’t Look Too Bad Either

This is a side that has only conceded 22 goals so far, joint third best in the Eastern Conference and the underlying numbers suggest that this is sustainable. According to FBref via Statsbomb, their expected goals against is 25 with only the top two sides in the conference having better metrics and not by that much.

It seems like Cucho Hernandez was the missing link in this side, someone to put the ball in the net. They might’ve finally struck a nice balance. This is a side that you need to watch out for the rest of the season because they’re already on a good run of form. The momentum seems to be firmly on their side. Don’t be surprised if they go up a few places in the coming months.

Defensive midfielder, Artur, has been out with a leg injury for a little over a month now with no expected return date.

New England Revolution suffered another defeat and once again, the team was in the lead before a late flurry from the Philadelphia Union gave them a 2-1 defeat. New England Revolution had the lion’s share of possession but were still vulnerable to attacks, giving away 20 shots in the match.

They took the lead in the 61st minute thanks to a Gustavo Bou goal but Philadelphia Union fought back with two goals in four minutes to go on top of the Eastern Conference standings. New England Revolution now sit in 10th place on the Eastern Conference standings. This is not good enough for a side that got a record 71 points in the league last season.

The first goal was conceded through a set-piece with goalkeeper, Dorde Petrovic, finding himself in no-man’s land. Petrovic has been handed the unenviable task of replacing the highly talented Matt Turner, who has joined English Premier League giants Arsenal but will have to do better going forward to be a long term replacement for the American.

This was followed by a bizarre push from Henry Kessler in the box, gifting the Philadelphia Union a penalty. These aren’t errors coming from poor defensive schemes or tactics, these are completely avoidable and will be a big source of frustration for Bruce Arena, who has had to put a team out that’s gone through a host of changes in its roster because of outgoings and injuries this season.

Bou’s Form Has Been Encouraging

One thing the New England Revolution will be pleased about is that they’ve still got goals in the team. Adam Buksa, Carlos Gil and Gustavo Bru have all looked pretty sharp. Buksa has scored seven goals despite missing the early parts of this campaign. Gil has registered ten goal contributions with six assists and fou goals but some would suggest that he could be doing much better.

Gustavo Bou was on the scoresheet in the last game and has been impressive for some time now. He’s got 7 goals in 11 matches this campaign. The Argentine’s numbers also seem quite sustainable with an expected goal value of 6.1. Bou isn’t just a goal scorer though, he ranks quite high on other metrics for forwards like progressive carries, passes and dribbles as well.

He also gets on the end of a lot of moves, in the 95th percentile for progressive passes received in the last 365 days. He’ll need some help from the defense if the New England Revolution are to have a chance of making it to the playoffs.

How to Watch Columbus vs New England 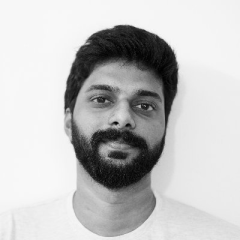