Welcome to the 104th episode of Wise Kracks, where we’re joined by a 2x Emmy award-winning host who may or may not have ghosted Jon in the past! We also talk about big upcoming sports events, the MLB All-Star events, and exciting betting opportunities on the horizon. Let’s go!

Your hosts Bill Krackomberger and Jon Orlando recap the MLB All-Star Game and the Home Run Derby, with praise for the broadcast production choices that made for, in Jon’s words, “The best All-Star telecast in the past five to 10 years.”

They also dive into a few of the biggest events coming your way in combat sports, from Jake Paul taking on Hashim Rahman Jr. to the more recently announced UFC Welterweight bout between Nate Diaz and Khamzat Chimaev.

With the NFL season approaching, Bill talks about the logic behind betting futures on individual players, and what teams could come out on top.

Bill and Jon are joined by Erin Hawksworth, co-host of the BetQL Daily podcast and a devoted member of Krackwins. A few years ago, she also proposed to beloved Philadelphia Flyers mascot Gritty, who responded with a resounding yes! Is there trouble in paradise? Hawksworth keeps a tight-lip on the relationship but fills us in on her love for betting, her start in the industry, and if she really did ghost Jon in the DMs.

The Best MLB All-Star Telecast in the Last 5 to 10 Years?

Coming fresh off of the MLB All-Star Game and the Home Run Derby, Bill and Jon agreed that the overall event may have been one of the best MLB All-Star telecasts in the last several years.

Both Bill and Jon lauded the decision to have several of the players mic’d up, with Bill bringing special attention to the pitchers, explaining how he “Really got the feeling of what pitchers go through”. From talking themselves up to the off-hand noises that they make, moments that are often mere whispers in a stadium were broadcast to the world.

The mics also captured several authentic interactions between players and the fans, as well as moments of earnestness from players like New York Yankees Catcher Jose Trevino, who stated with a sense of child-like awe, “I can’t believe I’m an All-Star”.

For Jon, the mic’d up players were such a compelling addition to the broadcast that the MLB’s efforts to make the game better, faster, and more interesting with the inclusion of nonsense rules, could all be supplanted if players were mic’d up every day.

As fun as an event it can be, Bill and Jon fear that participating in the derby might mess up players in the second half of the season. Bill explained that it’s “The reason (Aaron) Judge wasn’t in there,” and that many coaches and managers will express to players that they wouldn’t like them to participate in the Derby in the case that it affects their game.

Could Jake Paul Vs. Mike Tyson Be A Reality?

In a press conference, Paul has vocalized that he’s “Fighting a boxer and he’s not that old.” Jon wonders, “Do we give him any props for that?” Jon gives him props for fighting “An actual boxer,” and Bill concurs but adds “If (Rahman Jr.) has any of his dad’s skills.”

The hosts then dive into a topic that lingers over the boxing community; would Jake Paul ever step into the ring with the legendary Mike Tyson? Jon thinks there’s a “zero percent chance,” but soon changes his tune as the discussion progresses.

You can’t buy Mike Tyson to throw a fight for his legacy, Jon exclaims, before Bill counters with a blunt, Money is everything… money makes people do crazy things.

Jon and Bill both agree it would be a win-win for Paul, and for being in the ring with Tyson, Jon gives all the props. What Jon once thought would be a zero percent chance of happening now has become 50/50 for him.

The guest of the week is 2x Emmy award-winning host Erin Hawksworth, who currently co-hosts the BetQL Daily podcast.

Erin excitedly exclaims how she “Didn’t want to go full fangirl,” upon starting the interview, as she has been a big fan of Bill since he was on the Showtime series Action, and that it’s “Surreal to be friends.”

As a Krackwins member herself, Erin discusses how Bill’s mentorship has led her to betting more during the show than she does off of the show. Advice from Bill has led her to constantly scour sportsbooks, finding the split second to bet before the line moves.

Jon takes a detour to ask if she finds it insulting when guys are impressed that she is able to talk about sports on the level that she can, or does she take it as a compliment? She says that most people don’t believe it until she starts talking, and then they go

Whoa, she knows more than us. In the end, she won’t take it to heart if people assume she doesn’t know what she’s talking about, because deep down she knows she does. Keep betting and losing your money irresponsibly, it’s not my problem!

Erin comes from a journalism background with humble beginnings attending the Walter Cronkite School of Journalism. She also shared a dorm at Arizona State with Outside Linebacker Terrell Suggs. Her first big break was writing a story for the school newspaper about the Russian mafia hacking into the school’s computer system.

She soon worked her way to work around the likes of the Phoenix Suns, Arizona Cardinals, the Arizona Diamondbacks, and eventually became the main sports anchor on the ABC affiliate station for five years.

Through her BetQL Daily podcast, Bill explains how it really shows Erin as a “Student of the game.” But what has she learned as a student of Krackwins? “You have to shop around, you gotta be quick, gotta be on top of it,” she explains, along with expressing praise for Krackwins for being in on niche markets like the WNBA.

Now, did Erin really ghost Jon a few years ago after he asked her to be on one of his past shows? “I owe you a show or two,” Erin says with a cheeky smile, and that about answers everything.

Welcome to Wise Kracks, your go-to for all things betting, pop culture, big tips & more! Join your hosts Jon Orlando and Bill Krackomberger as they keep you up to date on the NHL, NBA, MLB & the NFL from week to week, with a knack for tickling your funny bone. Each week brings a new guest with a unique insight into sports and entertainment, so you can bet on an interesting story or two.

Look no further than Wise Kracks to level up your betting game, with the ever-knowledgable Bill providing you with the best tips. Tune into Wise Kracks every Thursday on the WSN YouTube channel.

Crossing the Line at the WSOP with Kara Scott
Journalist Kara Scott joins the Wise Kracks to discuss the excitement of covering the World Series of Poker players' attempts to get into each other's heads and more! …
PODCAST

Tony Orlando’s Mustache Stopped Him From Becoming Indiana Jones
This week on Wise Kracks with Bill Krackomberger and Jon Orland chat with Tony Orlando! Not only is Tony Orlando Jon’s father, but also a world-renowned performer.
PODCAST
More podcast episodes 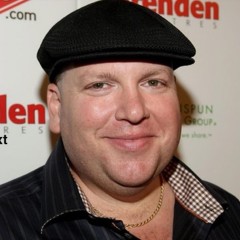