Following a three-fight winning streak through 2018 that saw him defeat former title challenger Volkan Oezdemir as well as former champion Mauricio Rua and Rashad Evans, Anthony Smith was granted a shot at Jon Jones and his light heavyweight championship.

The two fought in the main event of UFC 235 in 2019. In a mostly one-sided fight, it was Jones who came out the victor via unanimous decision.

Smith bounced back from the loss in a big way, submitting former title challenger Alexander Gustafsson in the summer of 2019.

However, he had some setbacks in 2020, losing back-to-back fights to Glover Teixeira and Aleksandar Rakic – the former of which was deemed one of the most one-sided fights in UFC history with many thinking that the cornermen of Smith should have stopped the fight.

Since those losses, Smith has found his way back into the win column. He defeated Devin Smith via first-round submission last November and most recently earned a doctor’s stoppage TKO win over Jimmy Crute.

Born in Texas, Anthony Smith famously trains out of Nebraska with trainer Marc Montoya and the Mick Doyle’s Kickboxing Academy team as well as Factory X.

Competing since 2008, Smith boasts a black belt in Brazilian jiu-jitsu and is currently ranked as the sixth-best light heavyweight in the division.

On Saturday night, Smith will suffer from a significant 6.5-inch disadvantage in reach.

Despite his setback that came against Johnny Walker in 2020, Ryan Spann has seen a lot of success during his time with the UFC.

Spann appeared on the Contender Series and was impressed with a first-round submission win over Emiliano Sordi. He debuted in the UFC only a few months later and earned a unanimous decision over Luis Henrique.

He would increase his UFC winning streak to five straight as he went on to defeat Antonio Rogerio Nogueira via knockout, Devin Clark via submission, and Sam Alvey via split-decision.

In late 2020, Spann would have his winning streak snapped as he lost his bout against Johnny Walker via first-round KO.

He has bounced back since then, fighting once already in 2021, earning a first-round TKO over Misha Cirkunov last March. Spann was awarded a performance bonus for the effort.

Fighting out of Texas, Ryan Spann trains with Fortis MMA and holds a blue belt in Brazilian jiu-jitsu under Brian Hall.

On top of his significant reach advantage over Smith, Spann will also stand one-inch taller than his opponent Saturday night.

Ion Cutelaba, although an intense, entertaining fighter, has not had an easy go of things in recent years.

Over his last five fights, Cutelaba has a record of just 1-3-1.

Following a submission loss to Glover Teixeira in the spring of 2019, Cutelaba bounced back with a first-round TKO win over Khalil Rountree.

Cutelaba was then put up against Magomed Ankalaev last February. Cutelaba would lose the bout via the first-round TKO but the ending wasn’t without its controversy as Cutelaba insisted with the referee that at no point was he hurt or in danger.

The two rematched last October and the outcome would be much more definitive, as Ankalaev knocked out Cutelaba in the first round at UFC 254.

Cutelaba has fought once thus far in 2021 and that fight came against Dustin Jacoby this past May. The two fought to a three-round judges’ decision and the fight was declared a majority draw.

Born in Moldova, Ion Cutelaba is known for his Greco-roman wrestling and sambo skills.

He has been competing since 2012 and currently trains with the Timoshkov Sports Club as well as with CSA Moldova and the MMA Factory.

Ion Cutelaba is four years younger than his opponent and he will stand one inch taller inside the octagon.

Like his opponent, Devin Clark has struggled to string wins together in the octagon, going just 2-2 over his last four fights.

Ironically, his last two losses both came via submission and both came against the main-eventers of this weekend’s card: Ryan Spann and Anthony Smith.

Clark lost via guillotine to Spann in 2019. Following the loss, he put together back-to-back unanimous decision wins over Dequan Townsend and Alonzo Menifield.

His latest fight saw him take on former title challenger Anthony Smith last November. Smith would submit Clark with a triangle choke in the first round.

The American fighter has been competing in mixed martial arts since 2010 and has been a member of the UFC roster since 2016.

Training under coach Bruce Hoyer, Clark works out with the Next Edge Academy of Martial Arts as well as with Jackson-Wink MMA.

Ariane “The Queen of Violence” Lipski

Ariane Lipski joined the UFC in 2019 riding a nine-fight winning streak, but she hasn’t been able to translate the early success of her career into the new promotion.

Lipski’s UFC tenure got off on the wrong foot as she dropped back-to-back unanimous decision losses to Joanne Calderwood and Molly McCann.

She bounced back, however, with a unanimous decision win over Isabela de Padua and later earned a performance bonus for her first-round submission win over Luana Carolina.

Now Lipski finds herself amidst another two-fight losing streak as she has recently dropped back-to-back second-round TKO losses to Antonina Shevchenko and Montan De La Rosa – with the latter fight taking place just three months ago.

The Brazilian fighter is known mostly for her skills in muay Thai and she has been competing in mixed martial arts since 2013.

Lipski trains out of Florida with American Top Team and she holds a purple belt in Brazilian jiu-jitsu under Leticia and Sebastian Lalli.

She has 13 more professional fights to her name than her opponent this Saturday and is a former KSW women’s flyweight champion.

Following her first fight (and win) with a major North American promotion in Bellator, Mandy Bohm will step into the UFC octagon for the first time this Saturday – and it will be her first fight in 2021.

Still undefeated as a professional, Bohm’s fight in Bellator came against Griet Eeckhout, whom she defeated via unanimous decision.

Bohm has been scheduled to take on Talia Santos twice in the UFC but her opponent pulled out both times due to visa issues, with Ariane Lipski stepping in as a replacement opponent.

She is five years older than her opponent and will have a significant three-inch reach advantage come Saturday afternoon.

The Armenian fighter made his debut against another fast-rising star: Islam Makhachev. Tsarukyan was defeated by Makhachev in his debut via unanimous decision but the pair were awarded the fight of the night honors.

Since his debut loss, Arman Tsarukyan has three straight unanimous decision wins over the likes of Olivier Aubin-Mercier, Davi Ramos, and – most recently – Matt Frevola, whom Tsarukyan defeated this past January at UFC 257.

At just 24-years-old, Arman Tsarukyan made his MMA debut in 2015. He is currently ranked at number 14 in the UFc lightweight rankings.

He currently trains out of Russia with the Lion Heart team.

Tsarukyan will have a one-inch reach advantage in Saturday’s bout against Christos Giagos. Tsarukyan is also the biggest betting favorite on the main card.

Like his opponent, Christos Giagos is riding a winning streak.

After winning two straight, Giagos had his momentum stopped at the hands of Drakkar Klose, who defeated him in 2019 at UFC 241.

Since then, Giagos has taken on Carlton Minus and Sean Soriano. He defeated Minus via unanimous decision in late 2020 and then earned a technical submission win over Soriano in the second round of their UFC 262 fight this past May. The latter fight earned him a performance bonus.

Born in California, Giagos has been competing since 2010 and presently trains with the Systems Training Center as well as with California MMA.

He is currently unranked in the UFC lightweight division.

Giagos will stand one inch taller than his opponent.

Win or lose, Joaquin Buckley has never had to rely on the judges’ scorecards at the end of a fight.

Joining the UFC in 2020 after stints with Bellator and LFA, Buckley was pitted against Kevin Holland in his debut fight for the promotion. Unfortunately, Buckley would suffer a TKO loss in the third round.

Buckley rebounded in a huge way in his next fight – securing a highlight-reel knockout via spinning back kick against Impa Kasanganay last October. He earned a performance bonus for the win.

He fought his third fight in three months last November when he took on Jordan Wright at UFC 255. Buckley would earn his second performance bonus in a row as he knocked out Wright in the second round.

Buckley most recently fought in January against Alessio Di Chirico. Unfortunately, his winning streak would come to an end as Di Chirico knocked Buckley out with a devastating head kick in the first round.

Born in St. Louis, Buckley fights out of his home city and trains with both Finney’s MMA and Murcielago MMA.

He has been competing in the sports of mixed martial arts since 2014 and his knockout of Kasangany was named knockout of the year by the UFC, MMAjunkie, Sherdog, MMA Fighting, Bleacher Report, and BT Sport.

Buckley will enjoy a 2.5-inch reach advantage over his opponent Saturday night.

Following three straight professional wins, Antonio Arroyo made his first appearance on the Contender Series in 2018, earning a unanimous decision win over Diego Henrique. However, he was not awarded a UFC contract at that time.

Arroyo appeared on the Contender Series once again in 2019 and fought Stephen Regman. Arroyo finished Regman in the second round with an arm-triangle choke submission.

He made his UFC debut in 2019 but lost a unanimous decision to Andre Muniz.

Arroyo then had flights canceled on three separate occasions before finally making another appearance in the octagon last December when he took on Deron Winn.

Unfortunately for Arroyo, he would be on the losing end of another unanimous decision.

He will stand 6-inches taller than Joaquin Buckley when they step into the cage Saturday.

Nate Maness made his UFC debut last August and did not disappoint, earning a unanimous decision win over Johnny Munoz, Jr.

After a fight with Ray Borg was canceled, Maness would step into the cage against Luke Sanders in his most recent fight – which took place last November. Maness defeated Sanders via second-round rear-naked choke submission.

He was originally slated to face Tony Gravely this past April but the fight had to be rescheduled.

The American fighter trains with coach Brandon Davis out of Kentucky at TAG MMA. He is known for his heavy wrestling style.

Maness will enter the octagon Saturday night with a three-inch reach and a staggering five-inch height advantage.

After an appearance on the Contender Series in which he earned a third-round TKO over Ray Rodriguez, Tony Gravely signed with the UFC in late 2019 and immediately got to work.

He debuted last January but, unfortunately for him, was submitted in the third-round by Brett Johns. However, their battle has been deemed the fight of the night.

Since that loss, Gravely has won two straight. He defeated Geraldo de Freitas via split-decision last November and most recently earned a TKO victory over Anthony Birchak this past April, with the latter performance earning him a UFC bonus.

Born in Virginia, Gravely trains out of Florida with the well-known American Top Team gym.

As mentioned, Tony Gravely will stand five inches shorter than his opponent Saturday night and will also be at a reach disadvantage.

How to Watch UFC Fight Night: Smith vs Spann 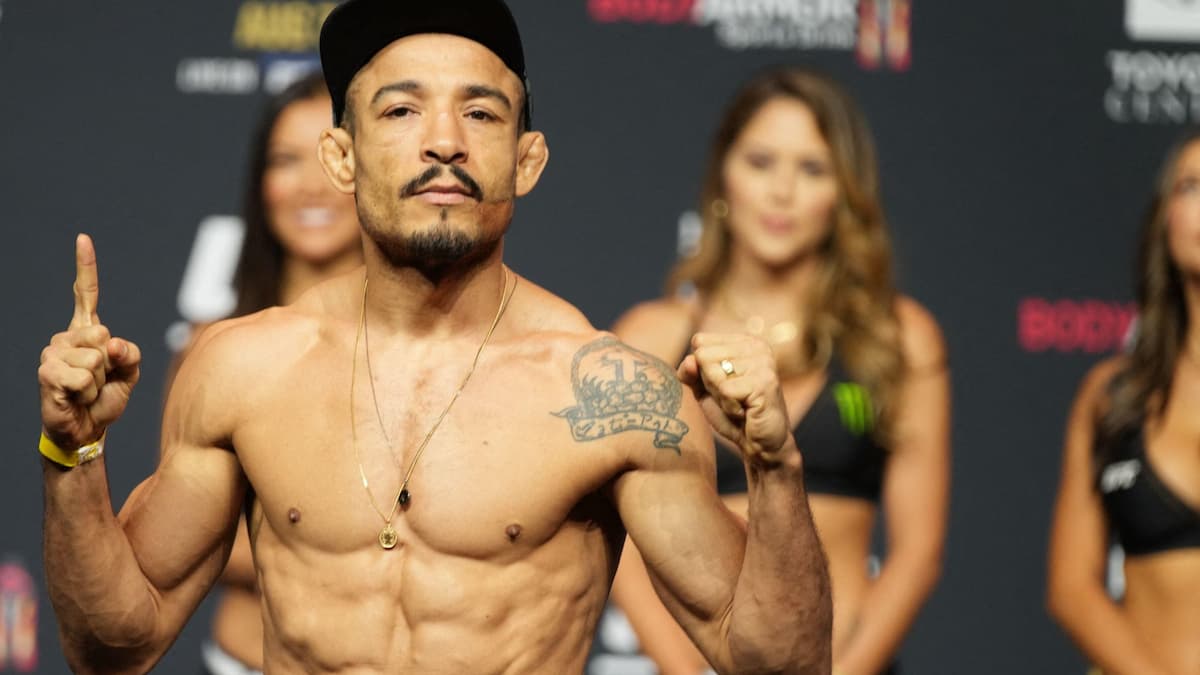 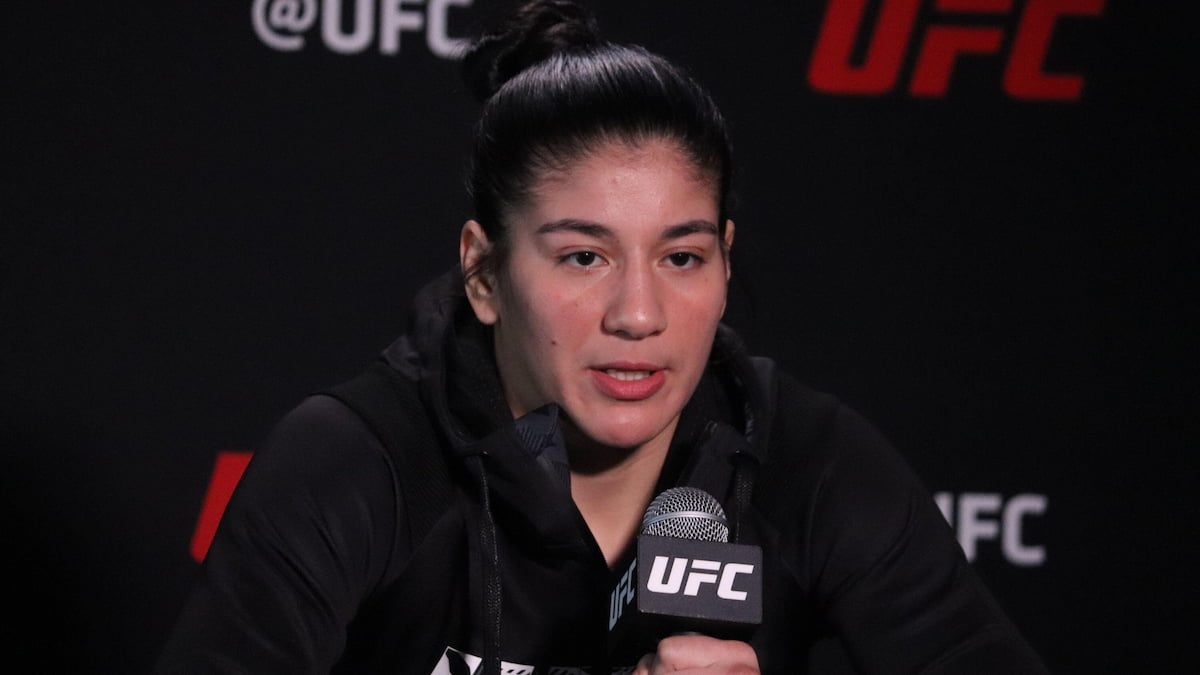 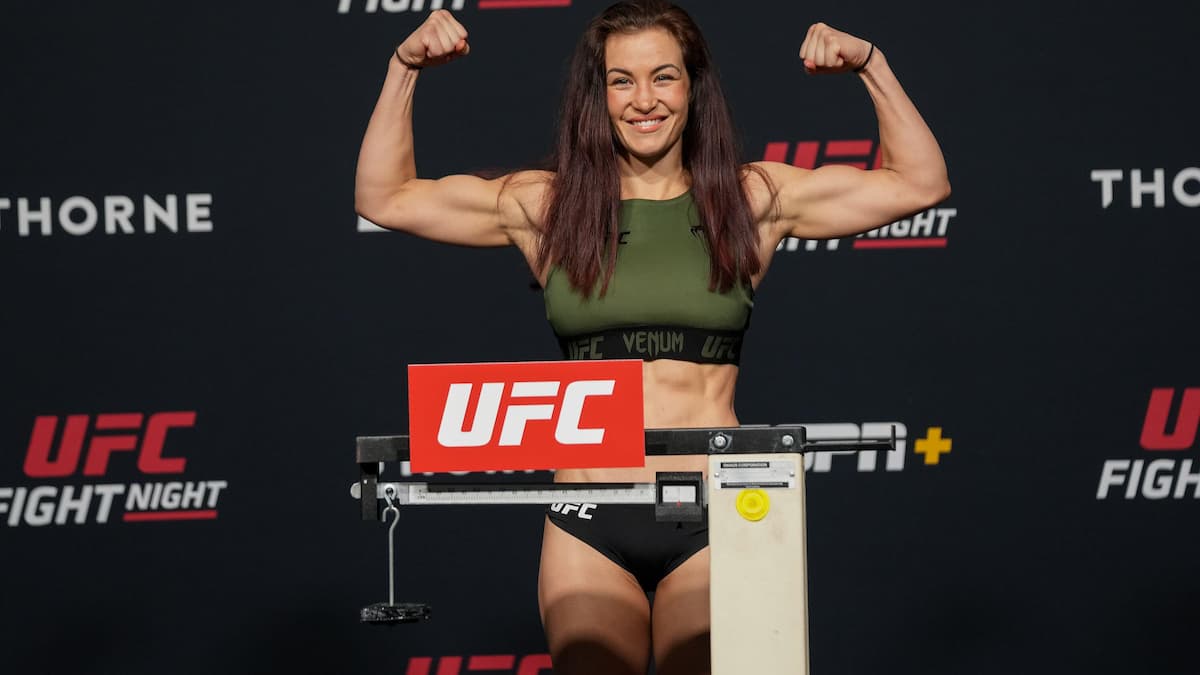