St. Louis Cardinals vs Atlanta Braves: Both Have Some of the Top Offenses in Baseball

Home/MLB/St. Louis Cardinals vs Atlanta Braves: Both Have Some of the Top Offenses in Baseball

Bet on Cardinals vs Braves Here!

It’s a really tempting spot to take St. Louis, who despite losing five of six and eight of its last 12, is only three games back in the NL Central. Atlanta has won eight consecutive games when Max Fried starts, but the Cardinals hit lefties (.266) very well.

We have gathered the best betting bonuses and promo codes for MLB, here!

Cardinals vs Braves Betting Trends to Watch (As of 7.5)

The Cardinals and Braves both have some of the top offenses in baseball, but each will have to contend with the ace of playoff caliber opponent on Wednesday.

For St. Louis, Miles Mikolas takes the mound, who just last month was one strike away from throwing a no-hitter. The 33-year-old is enjoying another stellar season, even if his win-loss record isn’t nearly reflective of how good he’s been.

Mikolas is 5-6 on the year, but ranks 12th in all of baseball with a 2.61 ERA and is 11th with a 0.99 WHIP and his advanced numbers are elite. Mikolas ranks in the top third of baseball in expected ERA, average exit velocity, hard hit rate and walk rate.

Meanwhile for the Braves, Max Fried has nearly identical numbers though he’s fared much better in the win column. The lefty is 8-2 overall for the Braves and comes in 15th in baseball with a 2.66 ERA and 14th in WHIP at 1.03. He has 96 strikeouts in 101.1 innings as he does a fantastic job getting deep into games.

Fried has gone six innings or more in 13 of his past 14 games and threw 5.2 innings the lone time he failed to do so. During that stretch, 12 of his 14 starts have been quality starts and 11 times he’s given up one run or fewer.

The Braves are 12-4 in Fried’s 16 starts with eight consecutive victories.

See who is the favourite for National League Cy Young Awards 2022, here!

Will Offenses Be Able to Score?

For most offenses, trying to score against these two aces is a next-to-impossible task. But for two of the best offenses in the National League, don’t be surprised if they’re able to put runs on the board.

The Braves are tops in all of baseball in slugging percentage (.441), fifth in runs scored (384) and 11th in batting average. They have seven different players who have hit 10 or more home runs, seven players have driven in 30 RBIs and six players with a WAR of 1.2 or better.

THe point is, the lineup is deep and talented and still largely effective against right-handed pitching, with a team .737 OPS.

Paul Goldschmidt (4.4), Tommy Edman (4.2) and Nolan Arenado (4.1) are the top three position players in all of baseball in WAR, worth a combined 12.7 extra wins for the Cardinals this season. Incredible.

For Atlanta, we’re looking at Dansby Swanson who absolutely rakes at home. The former Vanderbilt star is batting .344 (54-for-157) at Truist Park with 20 extra-base hits and a team best 1.003 OPS. Don’t be surprised if he finds success vs Mikolas.

Take a look at the best bets and predictions for MLB World Series, here!

How to Watch Cardinals vs Braves Seattle Mariners vs New York Yankees: Game 3 Should Bring Us the Best Pitching Matchup
Take a look at the Mariners vs Yankees predictions and betting odds. We give the best betting tips, top picks and full coverage if the matchup, here! …
MLB New York Mets vs Washington Nationals: The Mets Beat Up on Nationals in Game 1
Take a look at our Mets vs Nationals predictions. Full match preview, the latest odds, and our free pick, here! …
MLB

Best MLB Sportsbook Promo Codes & Betting Bonuses
Sportsbooks that focus on MLB are a must during the 2022 season! Check out which are the ones and why with the best bonuses and codes here! …
MLB
Show more 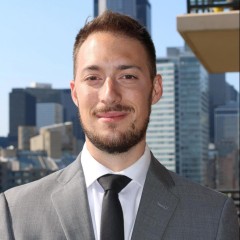