UFC 243 takes place this Saturday and it was recently reported that women’s bantamweight fighter Holly Holm, who was to co-main event this card with a fight against Raquel Pennington, had to withdraw due to a hamstring injury. It has yet to be confirmed if this fight will be rescheduled, if Pennington will accept a last minute opponent, or if a prelim fight will be bumped up to the main card. We at WSN will keep you up to date with any and all last minute news to a card that is always subject to change. Read on for all the of the latest odds for the four main card fights that are still set to take place.

The debate is about to be settled this Saturday night when the UFC will crown an undisputed middleweight champion as champion Robert Whittaker takes on rising star and interim champion Israel Adesanya. Given the battles that these two have been through, a fight of the night award seems inevitable for this UFC 243 main event.

Middleweight champion Robert Whittaker, 28, has not had the easiest ride since winning the UFC middlweight title. Injuries have kept him to a pretty sparse fighting schedule. Most recently, Whittaker was set to take on number-one contender Kelvin Gastelum at UFC 234 but had to pull out the day of the fight due to a hernia that needed immediate surgery. He has been recovering since. Whittaker only fought once in 2018, that fight coming against Yoel Romero in which Whittaker won by split decision. Prior to that, Whittaker and Romero had fought for the interim title – a fight that Whittaker won by unanimous decision. Whittaker has gone undefeated in the UFC since moving up to the middleweight division in 2014, winning his last nine fights in a row. Since then, he has not only won the interim and undisputed titles, but has also earned four fight of the night bonuses and three performance of the night bonuses.

”The Reaper” stands at an even 6 feet tall. He has a reach of 73.5 inches. The Australian native fights out of his home country, training with coaches Henry Perez and Justin Fitzgerald at the PMA Super Martial Arts gym and Stand Strong Boxing academy. Fighting professionally since 2009, Whittaker has a black belt in Hapkido, a black belt in Goju-Ryu karate, and a brown belt in Brazilian jiu-jitsu under Alex Prates and Mauricio Cavicchini. He is currently ranked as the number-nine best fighter in the world as per the UFC pound-for-pound rankings.

Israel Adesanya, 30, was the man to fill in for Whittaker when he suffered his hernia. An interim title fight against Kelvin Gastelum was scheduled a couple of months after the cancelled Whittaker/Gastelum UFC 234 bout (a card that saw Adesanya move up to headline and defeat Anderson Silva) for UFC 236 on April 26. Adesanya and Gastelum put on a five-round war that many consider to be the front-runner for fight of the year honors. It was Adesanya that ultimately won the bout via unanimous decision, becoming the UFC interim-middleweight champion in the process. Adesanya is undefeated during his UFC tenure, having defeated the likes of Anderson Silva, Derek Brunson, and Brad Tavares. In fact, Israel Adesanya has yet to taste defeat in his professional mixed martial arts career.

”The Last Stylebender” stands at 6 feet, 4 inches tall, giving him a four-inch height advantage over the champion in this fight. He will also have a 6.5-inch reach advantage over Whittaker, measuring at 80 inches. The Nigerian-born fighter is now a native of New Zealand and trains at the City Kickboxing gym out of Auckland. The former kickboxer (who had a professional kickboxing record of 75-5-1) trains with Eugene Bareman and has a blue belt in Brazilian jiu-jitsu under Andre Galvao. He has been fight professionally since 2009 and currently sits at number-14 in the UFC pound-forpound rankings.

Al Iaquinta’s last year under the UFC banner has been a whirlwind to say the least. The 32-year-old fighter was riding a five-fight winning streak heading into 2018. Then, in a twist of events you couldn’t write for a movie, Iaquinta found himself headlining UFC 223 against Khabib Nurmagomedov for the UFC lightweight title on 24-hours notice. He lost the April 7 bout via unanimous decision. His next fight was a rematch against Kevin Lee whom he beat previously and beat once again on December 15, 2018 via unanimous decision. Iaquinta’s last fight came earlier this year on May 4 against “Cowboy” Cerrone. Unfortunately for Iaquinta, he lost the fight once again due to unanimous decision.

”Raging Al” stands at 5 feet, 10 inches tall and has a reach of 70 inches. The American-born fighter trains out of New York with coaches Ray Longo and Matt Serra at the Serra-Longo Fight Team gym. Active in MMA since 2009, Iaquinta has a purple belt in Brazilian jiu-jitsu under Matt Serrra. He is currently ranked as the sixth-best lightweight fighter in the UFC.

Dan Hooker, 29, is coming off of a fight that saw him earn a performance of the night bonus from the UFC brass. Hooker’s last fight came agains James Vick on July 20. Hooker knocked out Vick with a punch in the very first round of their fight. Prior to that, Hooker had lost a bout to Edson Barboza but was riding a four-fight winning streak before suffering that loss.

”The Hangman” stands two inches taller than his opponent at an even 6 feet tall. He has a reach of 75 inches, which also gives him a five-inch reach advantage over Iaquinta. The New Zealand-born fighter trains out of Auckland with trainers Eugene Bareman and Doug Viney and works with the Tiger Muay Thai and City Kickboxing gyms. Fighting since 2009, Hooker has a blue belt in Brazilian jiu-jitsu and is currently ranked at number-15 in the UFC lightweight division.

Tai Tuivasa, 26, is coming off of back-to-back losses in the UFC after riding an eight-fight winning streak that included his first three promotional fights, one of which victories was over former UFC heavyweight champion Andrei Arlovski. Unfortunately for Tuivasa, he has dropped his last two contests in a row. Tuivasa lost his headlining bout against another former champ, Junior dos Santos, on December 2, 2018. His last fight came on June 8 at UFC 238 where he lost a unanimous decision to Blagoy Ivanov.

”Bam Bam” stands at 6 feet, 2 inches tall and possessed a reach of 75 inches. The Australian-born fighter is known for his boxing and kickboxing techniques but little is known as to where he trains and any previous accolades. He has been fighting professionally in MMA since 2012 and has a kickboxing record of 14-2 and a boxing record of 5-2.

Sergey Spivak, 24, will be making just his second UFC appearance when he steps into the cage at UFC 243. After going undefeated as a professional outside of the UFC, Spivak made his debut with the company on May 4 against Walt Harris. Spivak suffered his first professional loss at the hands of Harris, losing the fight via first-round TKO.

The “Polar Bear” stands at 6 feet, 3 inches tall, making him one-inch taller than Tuivasa. He has a reach of 78 inches – three inches longer than his opponent’s. The Ukraine-born fighter trains out of his home country with the gym Polar Bear Team.

”The Jedi” stands at 5 feet, 11 inches tall and has a reach of 72 inches. He has been fighting in MMA professionally since 2008. Jumeau trains out of his native country of New Zealand with the Hamilton Core MMA team and also trains at Phuket Top Team. He boasts a first-degree black belt in taekwondo and a purple belt in Brazilian jiu-jitsu.

Dhiego Lima, 30, is currently riding a two-fight winning streak after a stretch that saw him drop three fights in a row. Lima snapped the six-fight skid at UFC 231 in Toronto, Canada on December 8, 2018. He fought Chad Laprise and defeated him via first-round knockout. His most recent fight was on April 27 where he took on Court McGee. Lima was victorious, winning the fight via split decision.

The Brazilian-born Lima stands at 6 feet, 2 inches tall, giving him a two-inch height advantage over his opponent. His reach of 75 inches will give him a two-inch advantage over Jumeau as well. Active in mixed martial arts since 2010, Lima trains out of Atlanta, Georgia with American Top Team and has a brown belt in Brazilian jiu-jitsu.

Bet on UFC With These Sportsbooks 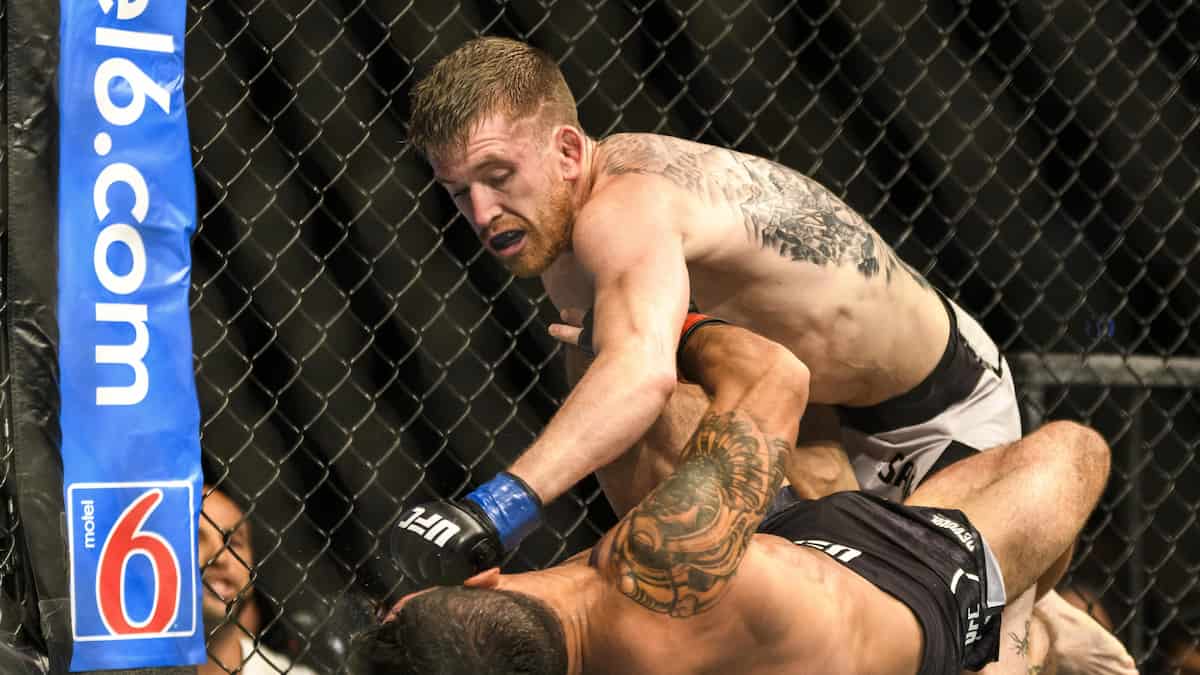 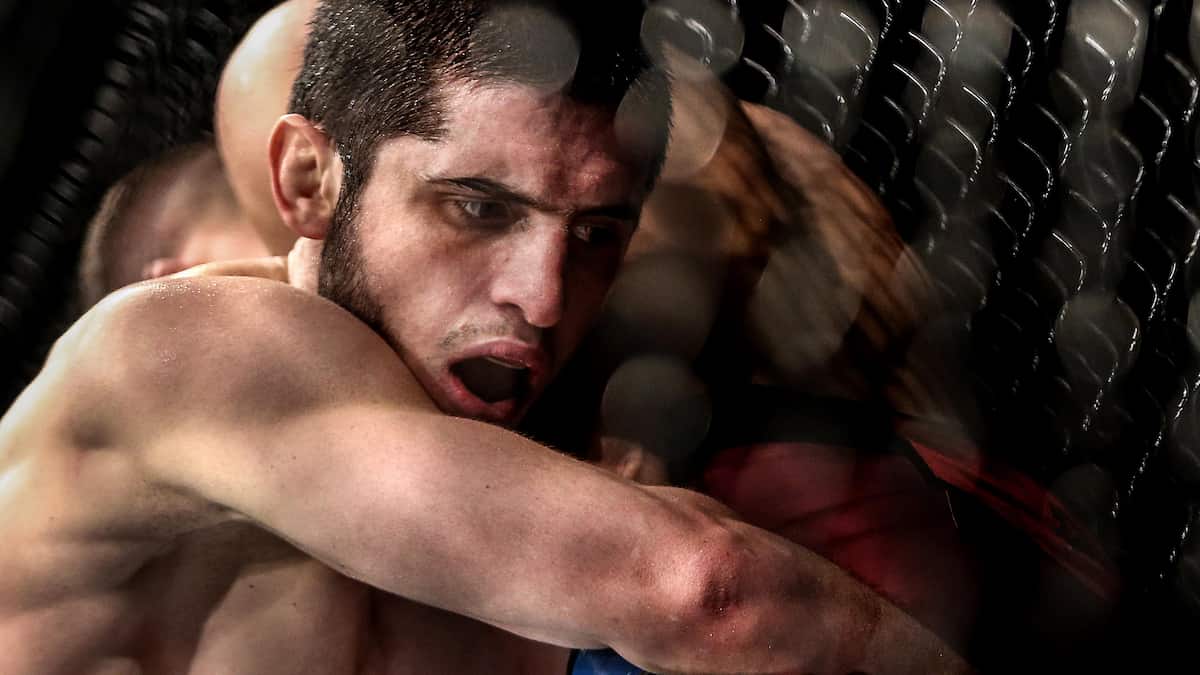 UFC on ESPN: Makhachev vs Moises Predictions, Odds & Picks
Originally slated to serve as the co-main event, a lightweight battle between Islam Makhachev and Thiago Moises will no play center-stage as the main event.
UFC 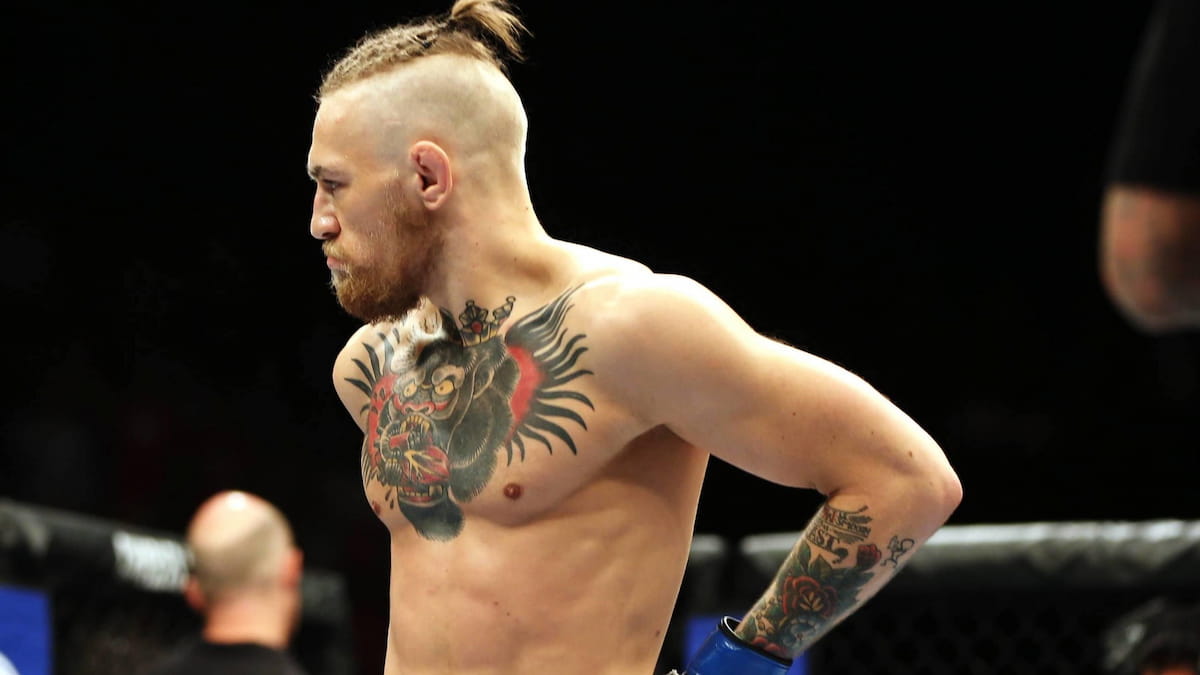 UFC 264: Poirier vs McGregor 3 Predictions, Betting Odds & Picks
UFC 264 will take place at the T-Mobile Arena this Saturday in an event headlined by the rubber match between lightweights Dustin Poirier and Conor McGregor! …
UFC
Show more