For more UFC betting, check out the guide on “How to bet on UFC“!

How to Watch UFC 254: Khabib vs Gaethje

One of the greatest fighters of all-time, Khabib Nurmagomedov is 28-0 as a professional and 12-0 in the UFC. After a performance of the night win over Edson Barboza in 2017, Khabib was pitted against Al Iaquinta for the vacant lightweight title at UFC 223 in April of 2018. He would win the bout via unanimous decision. Since then, he has defended his championship twice. Once against former champion Connor McGregor, whom he defeated via fourth-round submission in 2018 and, most recently, against Dustin Poirier, whom he defeated in similar fashion albeit in the third round. The latter, and most recent fight, took place at UFC 242 last December. The win earned him a performance of the night bonus.

This will be Khabib Nurmagomedov’s first bout since losing his father to the COVID-19 pandemic.

Khabib, a native of Dagestan, stands at 5 ft. 10 in. tall and has a reach of 70 inches. Training under Javier Mendez, Khabib trains out of California with the American Kickboxing Academy. Fighting since 2008, he holds an international master of sport ranking in judo, sambo, hand-to-hand combat, and pankration, as well as a black belt in judo. The 32-year-old is ranked as the number-two best pound-for-pound fighter in the UFC at the time of this writing.

After winning his UFC debut as an undefeated fighter against Michael Jonshon, Justin Gaethje hit a roadblock in the form of Eddie Alvarez and Dustin Poirier – losing back-to-back KO fights. He bounced back in spectacular fashion, however, by winning his next four fights in a row. His most recent win came against long-time Khabib rival Tony Ferguson. Gaethje defeated Ferguson via fifth-round TKO this past May at UFC 249 to secure himself the interim lightweight champion and this chance at the undisputed champion, Khabib Nurmagomedov.

Justin Gaethje stands one-inch taller than Khabib but has an equal 70-inch reach. Fighting since 2011, Gaethje sports NCAA division I wrestling credentials and currently trains under head coach Trevor Whitman at the Genesis Training Center as well as with the Elevation Fight Team. One year younger than his opponent Saturday, Gaethje is currently ranked as the number-seven pound-for-pound fighter in the UFC and has eight post-fight bonuses in seven UFC appearances.

After a back-and-forth stint as a welterweight in the UFC, Robert Whittaker made the move to the middleweight division in 2014 with a Fight of the Night performance and hasn’t looked back since. Whittaker went undefeated as a middleweight, winning eight straight including back-to-back wins over Yoel Romero and a middleweight championship win. His winning streak was finally snapped last October at UFC 243 when he was knocked out by current champion Israel Adesanya. After some time away for personal reasons, Whittaker stepped back into the octagon this past July, taking on Darren Till. Whittaker would defeat Till via unanimous decision. He has seven post-fight bonuses since moving up to 185-pounds.

At just 29-years-old, the Australian fighter has been fighting professionally since 2009. He stands at 5 ft. 11 in. tall and has a reach of 73 inches. He trains under coaches Henry Perez and Justin Fitzgerald and works with the Gracie Jiu-jitsu Smeaton Grange and Stand Strong Boxing gyms. He has black belts in both hapkido and goju-ryu karate and a brown belt in Brazilian jiu-jitsu under Alex Prates and Mauricio Cavicchini. At the time of writing, Whittaker is ranked as the number-one middleweight contender as well as the 12th-best pound-for-pound fighter on the roster. He is also a former Ultimate Fighter show winner.

Originally scheduled to fight Robert Whittaker back in March, this fight is a rescheduled bout after Jared Cannonier suffered a torn pectoral muscle. After back-to-back losses in the light heavyweight division, Cannonier made the move to middleweight where he has, so far, going undefeated. He last won three straight with wins over David Branch, Anderson Silva, and, most recently, Jack Hermansson via TKO last September. The latter of which earned him a performance of the night bonus.

Cannonier stands equal to Whittaker at 5 ft. 11 in. but will come into the fight with a significant 4.5-inch reach advantage. The American fighter trains out of Arizona with the MMA LAB and Legacy Jiu-Jitsu. He has been fighting professionally since 2011 and is currently ranked as the second-best middleweight contender in the promotion.

A mainstay of the UFC since 2016, Alexander Volkov has gone 5-2 during his time with the promotion. Starting his UFC career with four straight wins (including a win over former champion Fabricio Werdum), Volkov suffered his first UFC loss at the hands of Derrick Lewis in the form of a final 10-second knockout at UFC 229. He bounced back from that loss in late 2019 with a dominant unanimous decision victory over Greg Hardy. Unfortunately for Volkov, his most recent effort would see him on the losing end of a unanimous decision, this one to top-contender Curtis Blaydes this past June.

One of the tallest fighters in the UFC organization, the Russian-born Volkov stands at a staggering 6 ft. 7 in. tall and has a reach of 80 inches. At 31-years-old, Volkov has been fighting professionally since 2009 and holds a black belt in Tsu Shin Gen and brown belts in both kyokushin karate and Brazilian jiu-jitsu. He trains with the Strela Team out of his home country of Russia. Heading into Saturday, he is ranked as the seventh-best heavyweight in the UFC.

It’s been a tumultuous year (at best) for UFC heavyweight Walt Harris. His stepdaughter went missing and was found murdered late last year. After a hiatus from the company, Harris returned is what was a heartfelt comeback only to fall short, losing via TKO to Alistair Overeem in the second round via TKO. That fight, his most recent, took place this past May. Prior to the loss, Harris had gone 3-0 with one no-contest.

The 37-year-old American stands two-inches shorter than Volkov and will also be at a three-inch reach disadvantage in the fight this Saturday. Fighting since 2011, Harris is known for his boxing skills and power punching. He trains out of Alabama with SBG Alabama- Spartan Fitness. He is the number-ten ranked heavyweight in the promotion.

Not much is known in the MMA world about middleweight Jacob Malkoun. Making his UFC debut this Saturday, Malkoun has gone 4-0 as a professional with his last fight occurring last October – a unanimous decision victory for the Eternal MMA promotion.

The Australian stands at 6 ft. 1 in. tall and has an unlisted reach. The 25-year-old fighter trains with Gracie Jiu-jitsu Smeaton Grange as well as Stand Strong Boxing. He has one knockout and one TKO to his name across four professional fights.

Phil Hawes is another fighter making his promotional debut Saturday. After a losing effort on the Dana White Contender Series, Hawes went on to win three fights in a row across Bellator and Brave CF. He was granted another shot on the Contender Series for his most recent fight and he did not disappoint. Hawes landed an overhand right on his opponent, knocking him out in under two minutes.

Standing at an even 6 ft. , Hawes has a reach of 77.5 inches. The 31-year-old American fighter was born in Iowa but trains out of New Jersey with the Hard Knocks 365 fight team. Known for his wrestling abilities, Hawes is riding a four-fight winning streak heading into Saturday’s bout.

Will this fight finally happen? What seemed a routine bout earlier this year, the controversial finish in which Ion Cutelaba was deemed TKO’d despite still being on his feet left the UFC with little choice but to schedule a rematch. Since then, the fight has been rescheduled three times, with COVID-19 being enemy number-one in the delay.

Prior to the first matchup between Magomed Ankalaev and Ion Cutelaba, Ankalaev had won three straight. After losing his UFC debut to Paul Craig in 2018, Ankalaev defeated Marcin Prachnio, Klidson Abreu, and Dalcha Lungiambula. The TKO win over Cutelaba in February marked his fourth-straight victory although the fight is still expected to be looked over by the Virginia State Athletic Commission to determine if the win will stand or if the decision will be turned over and deemed a no-contest.

Born in Dagestan, the Russian fighter stands at 6 ft. 2 in. tall and has a reach of 75 inches. He currently trains out of his home country with the Gorets team and head trainer Sukhrab Magomedov. He holds an international master of sport in amateur MMA as well as a master of sport in combat sambo. He has been fighting professionally since 2014 and is currently ranked as the 13th-best light heavyweight in the UFC promotion.

Including the controversial loss to Ankalaev, Cutelaba has gone just 3-2 over his last five UFC appearances. He had won two in a row before being submitted by Glover Teixeira last April. His next fight would take place in September 2019 where he was pitted against Khalil Rountree, Jr. Cutelaba would win the fight in the first round by TKO. It was a huge win over a rising star and it had Cutelaba heading into the first fight with Ankalaev as the favorite to win.

Born in Moldova, “The Hulk” stands one-inch shorter than his opponent but has an equal 75-inch reach in the fight. Training with the Timoshkov Sports Club, Cutelaba is known for his grappling skills in sambo, judo, and Greco-roman wrestling. He has been fighting professionally since 2012 and at just 26-years-old, he already seems poised to break into the division’s top-15.

Bet on UFC with the best PA sportsbooks! 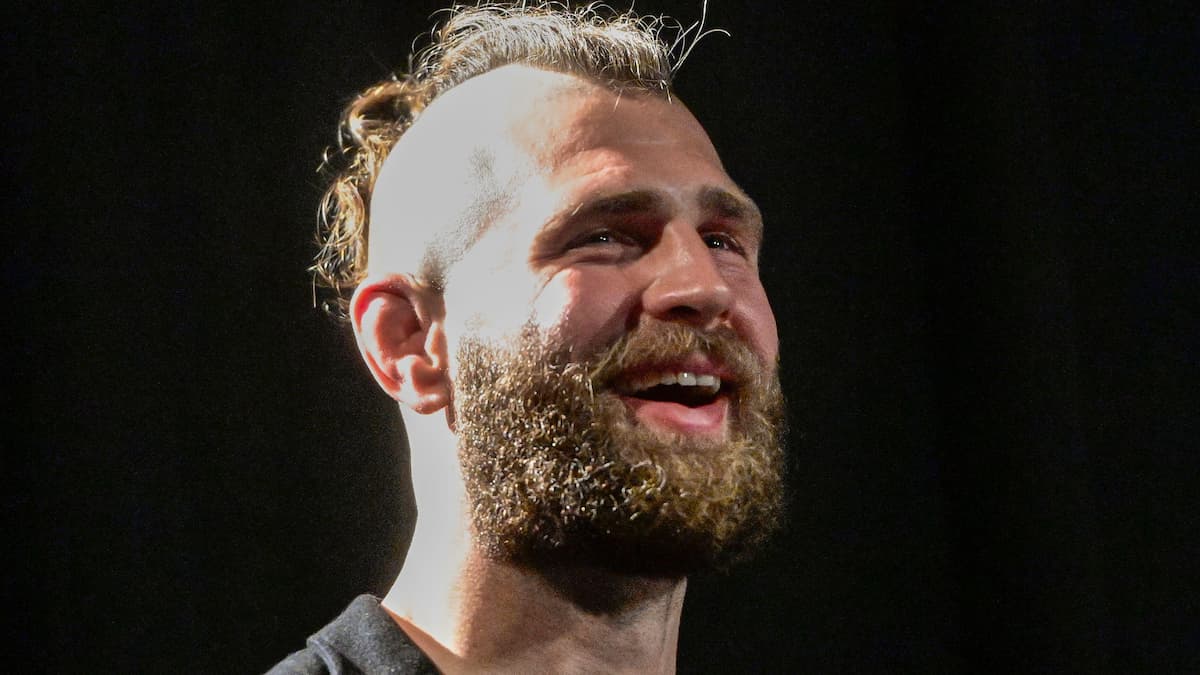 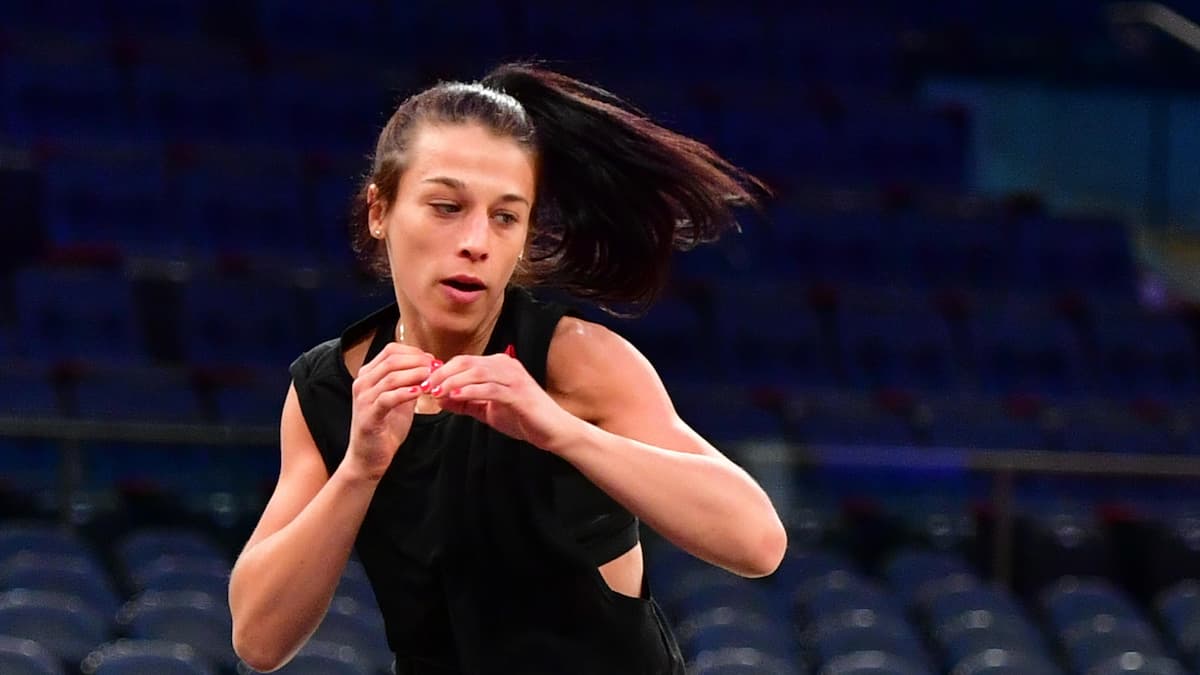 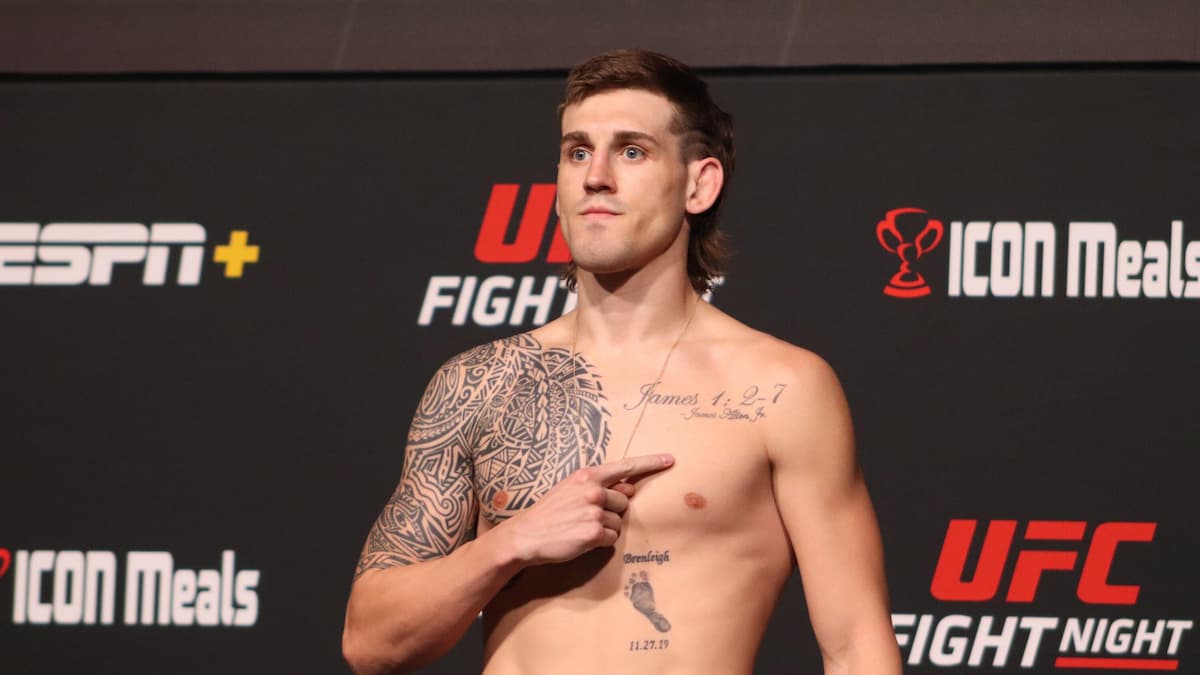