Pro football on Thanksgiving Day has been an American tradition for all 100 years that the NFL has existed, and since 1945, the Detroit Lions playing at home has been a Turkey Day staple as familiar as cranberry sauce and pumpkin pie.

Starting in 1966, a Dallas Cowboys’ home game was also added to the mix and by 2006 a third game between rotating teams was thrown in and ever since then the Thanksgiving tripleheader of football action has been the mainstay.

Which Football Teams Are Playing on Thanksgiving 2019?

For the 2019 Thanksgiving Day lineup, the NFL features three strong games that should provide plenty of pre- and post-turkey excitement – the first matchup between the Chicago Bears and the Detroit Lions, then next is the Buffalo Bills and the Dallas Cowboys, and finally the New Orleans Saints and the Atlanta Falcons.

Dating back to 2001, NFL teams playing on Thanksgiving Day have worn what’s called their ‘Throwback Uniforms,’ or uniforms that resemble the styles that the team has worn in the past.

This tradition also extends to nearly all of the weekend games, too, so keep a lookout for your favorite team’s throwback look.

Sometimes, stadiums will even use the team’s classic logos on the field, so watch for that, as well.

Now here’s a quick preview of each of the three Thanksgiving Day games.

How to watch Bears vs Lions

What: Chicago Bears at Detroit Lions

Where: Ford Field in Detroit, MI

Talk about a traditional rivalry – the Bears / Lions matchup has already happened 178 times in NFL history, with Chicago winning 99 of those games and the Lions winning 74 of them.

Why the Chicago Bears Will Win

Tough to say how the Chicago Bears offense will look by November, but quarterback Mitchell Trubisky is already beginning to show signs of improvement after a slow start to the season.

The Bears beat the Lions twice last season, once at Ford Field and once at Soldier Field, so Matt Nagy’s team should have no trouble traveling to Detroit and getting the job done, but as it stands right now Chicago would have to win with a significantly weaker passing attack, the Bears ranked 29th in league through the air compared to the 11th ranked Lions.

Chicago’s strength lies in its shutdown defense and they will no doubt make life difficult for the Lions, even in their own home, and the 5th best sacking team so far this season will keep Matthew Stafford running for his life.

How the Detroit Lions Could Surprise the World

Prior to last season, the Detroit Lions have defeated the Chicago Bears 9 out of 10 times, so it might not be wise to write them off for this upcoming Thanksgiving matchup.

At this point in the season, head coach Matt Patricia seems to finally be figuring out how to get the wins against bigger opponents, defeating the Los Angeles Chargers in Week 2 and the Philadelphia Eagles in Week 3.

Receivers Kenny Golladay and Marvin Jones are proving to be effective targets for Stafford, but they will be far more successful if running back Kerryon Johnson can figure out a way to be more productive than his current 2.6 yards per carry.

How to watch Bills vs Cowboys

What: Buffalo Bills at Dallas Cowboys

Where: AT&T Stadium in Arlington, Texas

These two teams do not meet up often – this will be just the 13th time ever – and so far, Buffalo has won 4 of these matchups and Dallas has been victorious in 8 of them.

Why the Dallas Cowboys Will Win

The Dallas Cowboys look like the real deal already, and it is only Week 4, but they are playing solid football in all three aspects of their game.

Quarterback Dak Prescott, in the last year of his rookie contract, has been playing at a high level and through these first three games of 2019 ranks first in completion percentage (74.5) and second in average gain (9.79), touchdowns (9) and passer rating (128.0).

Will the Dallas Cowboys make it to the postseason?

How the Buffalo Bills Could Surprise the World

On the other end of the defensive spectrum are these Buffalo Bills, ranked 5th overall in total defense after three weeks, the squad only allowing opponents to score 15.7 points per game, tied for the 4th least in the league.

And by November, you can expect second-year quarterback Josh Allen to be firmly in control of his offense and his throwing arm, right now Allen has just as many interceptions (3) as he has touchdown passes (3), while his main targets, John Brown and Cole Beasley, are proving to be more than capable receivers.

Right now the Buffalo Bills are undefeated, and by the time Thanksgiving comes around they will either continue to be playoff contenders or will have spiraled downward as some experts suspect they may, but if the former scenario plays out, head coach Sean McDermott will have proven that a strong defense, a powerful rushing attack with Frank Gore and a capable passing game is the key to winning games for Buffalo.

How to watch Saints vs Falcons

Where: Mercedes-Benz Stadium in Atlanta, Georgia

This matchup is one of the NFL rivalries that doesn’t get a whole lot of press, but these two teams have played each other 100 times already, with the Saints winning 48 of those games and the Falcons winning 52 of them.

Why the New Orleans Saints Will Win

By the time Thanksgiving rolls around, the injured Drew Brees could be back on the field, that is if his hopes of beating the six-week prognosis for return he was given are fulfilled after jamming his thumb in Week 2.

But even if Brees is unable to return by Week 13, this Saints team could still beat these (so far) underperforming Atlanta Falcons because backup quarterback Teddy Bridgewater is doing a decent job of filling in under center, so far completing 36-of-57 for 342 yards and 2 touchdowns with no interceptions.

The Saints won’t impress you with their 28th ranked defense, but they will pummel you through the air (receiver Michael Thomas and tight end Jared Cook) and on the ground (Alvin Kamara) and it will be up to the Falcons’ 7th ranked defense to stop them.

How the Atlanta Falcons Could Surprise the World

The Atlanta Falcons are a talented team that can’t seem to play to their potential, with penalties and turnovers (and some injuries) holding them down and preventing them from getting more wins.

Matt Ryan is a top-10 quarterback in the league but he is having some accuracy trouble this season, having thrown 6 interceptions already to his 8 touchdowns, so that will have to be ironed out, but he should be able to excel over the Saints’ 29th ranked pass defense.

The Falcons have two of the NFL’s elite offensive playmakers on their roster – wide receiver Julio Jones and running back Devonta Freeman – so it is strange that they have only scored a total of 60 points in three weeks (T-22nd most), something that will have to be fixed if they expect to outscore the Saints on Thanksgiving Day. Most NFL Interceptions Thrown in 2019 - Top 10 Odds and Predictions
Take a look at the odds and predictions of the top ten quarterbacks who are most likely to throw the most NFL interceptions during the 2019 season.
NFL 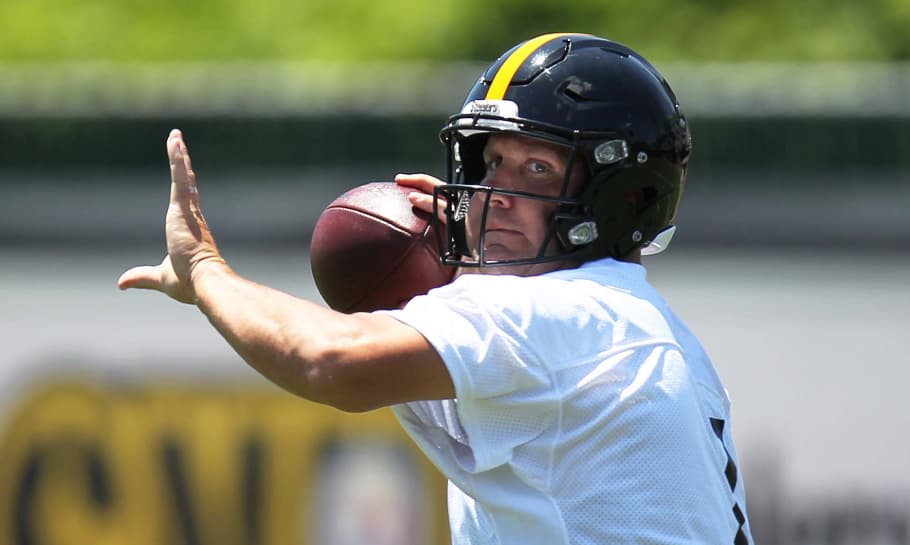 Most NFL Passing Yards in 2019: Top-Fifteen Odds and Predictions
The undisputed star of every NFL franchise is the quarterback, and each season odds makers love to predict which one these play makers will play the best, so …
NFL Most NFL Passing Touchdowns in 2019: Top-Fifteen Odds and Predictions
One of the NFL’s thirty-two starting quarterbacks will throw the most touchdown passes during the 2019 regular season, and odds makers have predicted wh …
NFL