Thunder vs Rockets Predictions and Picks

With all the momentum going forward, it is looking good for the Oklahoma City Thunder. The Rockets have begun to look tired at the end of games, a by-product of the Thunder’s relentlessness on both sides.

How to Watch Thunder vs Rockets

Houston Must Manage Their Gas Tank

The Houston Rockets are truly a dangerous offensive outfit. With a small rotation based solely around immediate impact, the Rockets have looked fatigued by the end of the fourth quarter in their last two matches.

In-Game 4 against the Thunder, the Rockets won the first and third quarters. After big starts to the game and after the half, the Rockets have faded by losing the second and fourth quarters by an average of three points.

Houston doesn’t look likely to change their gameplan anytime soon, nor do they have the personnel to do so anyway. But to beat the Thunder in Game 5, they’ll need to pace their output in order to execute in the clutch.

The Thunder’s formula all season long, Billy Donovan has been relying on his trio of point guards to lead the Thunder to success. While their Texas rivals are formidable, the combination of Paul, Gilgeous-Alexander, and Schroder has been able to match them.

In their last victory against the Houston Rockets the Thunder trio combined for 74 points. The two veterans of the trio, Paul and Schroder, combined to score the Thunder’s last 12 points in order to seal the victory to tie the series.

They are also beneficial on the defensive end. Against the Rockets who play the ultimate small-ball lineup, the Thunder guards and their length have been more able to keep their opponents in check. Their two-way effort has been crucial in bringing the series back in their favor.


Austin Rivers is a crucial player for the Houston Rockets, despite struggling in the first round of the NBA playoffs. If the Rockets want to beat the Thunder and take the lead in the series, they’ll need Rivers’ offense off the bench.

Rivers hasn’t shown up in this first-round series. He’s averaged just 4.8 points per game on 29.2% shooting from the field and 23.1% from three-point range. Frankly speaking, Rivers has let down his team.

If he can be more productive, closer to his regular-season averages, Rivers might be the player that can swing the series in the Rockets’ favor. With Harden playing more than 42 minutes per game, the ball is being taken out of Rivers’ hands – where he is most effective. Regardless, he must be efficient from the field to give the Rockets a chance.

Gallinari steps through and throws down the REVERSE JAM! ?

The Italian was very effective scoring the ball in his first three games, but he struggled in Game 4 despite the Thunder’s eventual victory.

In Game 4, Gallinari contributed nine points, three rebounds, and one steal on three of 10 shooting from the field and one of three shooting from deep.

Scoring will come and go, but Gallinari must be engaged on the glass if they want to take a 3-2 lead against the Rockets. Considering Houston’s speed and energy on the court, Gallinari will have to make an impact outside of scoring. 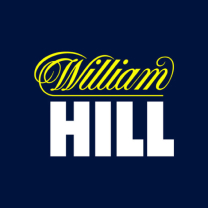